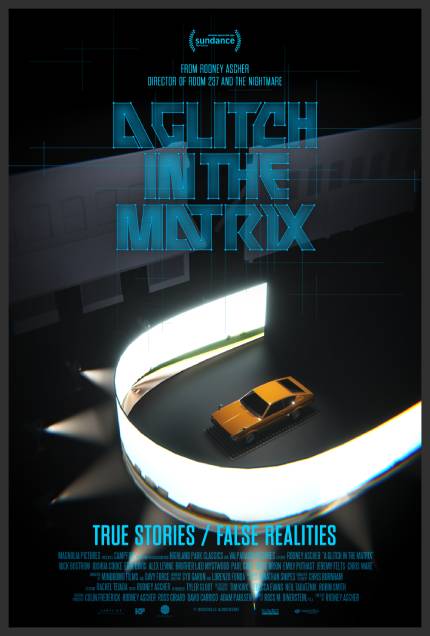 Rodney Ascher’s latest docutmentary A Glitch in the Matrix was quickly nabbed by Magnolia Pictures long before it premiered at Sundance last week. And now that the documentary about the simulation hypothesis is out today an official trailer has been released. Check it out below.

What if we are living in a simulation, and the world as we know it is not real? To tackle this mind-bending idea, acclaimed filmmaker Rodney Ascher (ROOM 237, THE NIGHTMARE) uses a noted speech from Philip K. Dick to dive down the rabbit hole of science, philosophy, and conspiracy theory. Leaving no stone unturned in exploring the unprovable, the film uses contemporary cultural touchstones like THE MATRIX, interviews with real people shrouded in digital avatars, and a wide array of voices, expert and amateur alike. If simulation theory is not science fiction but fact, and life is a video game being played by some unknowable entity, then who are we, really? A GLITCH IN THE MATRIX attempts to find out.

Our own Martin Kudlac caught A Glitch in the Matrix at Sundance. You can read his full review here, but here are a couple clips from it…

… he (Ascher) captures the breadth of its implications spanning across popular culture, philosophy, religion, and psychology.

The director continues to fine-tune the brand of an eerie, and in this case speculative, cinematic edutainment that appears to become his trademark.

As Room 237 became gradually more about the semiotics of image and narrative than conspiracy theories Kubrick supposedly encoded into the film, the simulation theory in A Glitch in the Matrix acts as a concept on the intersection of two topics prevalent to current times – the impact of technological development on our understanding of the world and the mystery of human consciousness…

Godzilla Vs. Kong Just Suffered A Major Setback In Japan