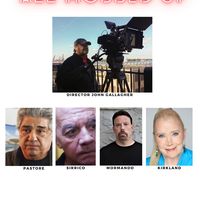 Mormando will play Gaspar, bodyguard to the boss.  Award winning filmmaker John A. Gallagher  (The Deli, Sarah Q)  wrote and is directing the $15 million movie, which is a revenge tale about the drag queen son of a murdered mob boss who goes on a vendetta to avenge his death. Gallgher specifically wrote this role for Mormando so that they can work together, and Mormando couldn’t be happier to work with such a great iconic film maker.

Also on board ahead of pre-production starting this September are cinematographer Craig DiBona ASC, (Blue Bloods, A Bronx Tale, The Devil’s Advocate). Mormando is represented by Diana Carter of Arykas Ybots Management in Hollywood.

There are no failures. Just experiences and your reactions to them.