In her Beyond Fest review, Heather Wixson wrote that Adam Egypt Mortimer’s Archenemy features “…killer visual aesthetics and a ton of ingenuity that puts a lot of bigger movies with ten times the budget to shame,” and soon you’ll be able to add it to your physical media collection, as RLJE Films will release Archenemy on Blu-ray and DVD on February 16th, complete with a making-of bonus feature.

We have the full Blu-ray and DVD announcement below (along with a look at the cover art), and in case you missed it, be sure to read Heather’s interview with Mortimer.

In ARCHENEMY, Max Fist (Joe Manganiello) is a local drunk who claims to be a superhero from the planet Chromium. He tells anyone who will listen that he was pulled into a wormhole, falling through time and space, and dropped to earth without any of his powers. No one pays any attention to Max except a teenager named Hamster (Skylan Brooks) who can’t get enough of Max’s stories. When Hamster and his sister (Zolee Griggs) get in trouble with a vicious drug syndicate led by The Manager (Glenn Howerton), Max takes to the streets as a brutal vigilante hellbent on proving himself as the hero no one believes him to be.

ARCHENEMY  DVD and Blu-ray include the following bonus features: 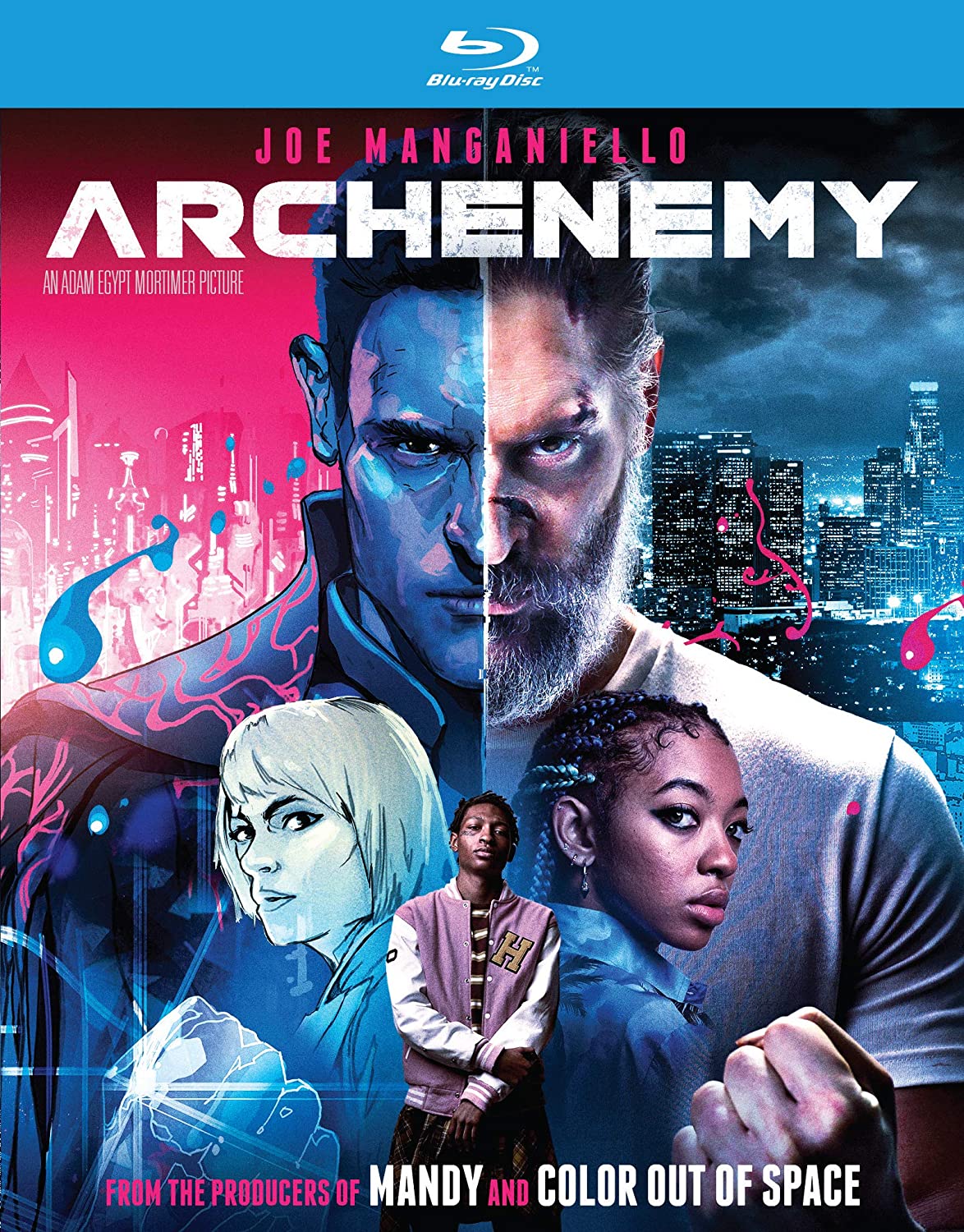 ‘District 10’: Neill Blomkamp Says ‘District 9’ Sequel Is in the Works