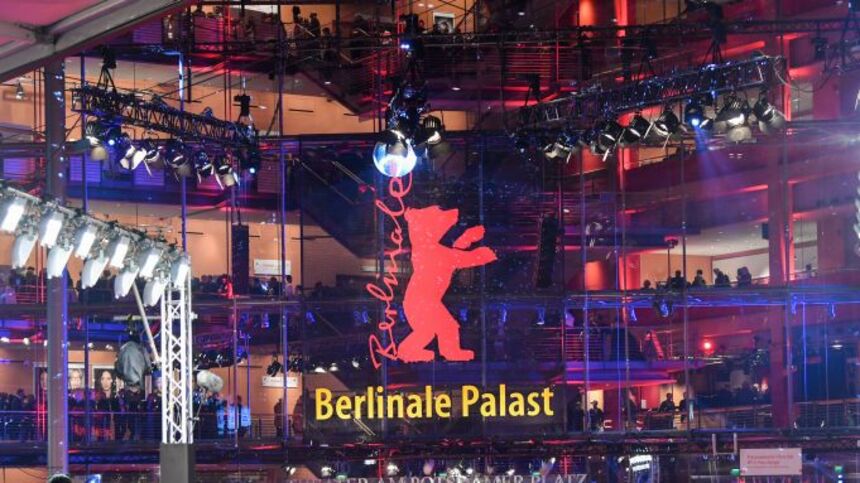 The leading international film festival Berlinale adapted to the new normal of virtual festivals. Berlinale will have two stages, a virtual industry event will take place March 1-5 for film professionals and on-site Summer event for public in June 9-20. The festival has revealed the full line-up for the scale-down 71st edition.

Guzen to sozo (Wheel of Fortune and Fantasy)

with Dieter Bachmann and pupils of class 6b *

Ras vkhedavt, rodesac cas vukurebt? (What Do We See When We Look at the Sky?)

Viewing a horror movie awakens film censor Enid’s trauma about the disappearance of her sister. She decides to track down the film and its director and begins a quest in which the boundaries between fiction and reality begin to blur.

Death of a Virgin, and the Sin of Not Living

A group of friends pool their money to pay for their first sex. Their journey to see a sex worker is accompanied by boastful teenage conversations, but also sensitive inner monologues. A painful collision between poetry and social reality.

On the streets of border towns El Paso and Ciudad Juárez we meet people living without a home. In intimate, unbiased black-and-white images, the film captures their everyday lives on the streets, as well as their hopes and their faith.

20 years after Gendernauts, Monika Treut seeks out the pioneers of the transgender movement back then to find out how their lives and their activism have evolved, how they have grown into their identities and how their energy continues to have an impact today.

Two sex workers meet in a Berlin brothel. In a place where the female body is a commodity, they experience moments of happiness. A feisty love story about attraction, fears and self-determination.

Belgrade in 1993. The pent-up tension of uncertain times is released at a children’s birthday party. While the kids celebrate in the living room dressed up as Ninja Turtles, the adults discuss, flirt, smoke and drink in the kitchen.

Jan accepts an assignment for a political campaign without consulting Nina, who is both his wife and partner in their agency. Their family holiday is overshadowed by a mysterious break-in. A psychological portrait of a family, told from different perspectives.

A portrait of a gay man who confronts the ghosts of his past. After fleeing war and repression 37 years ago, Miguel returns to Lebanon where he traces hidden longings, unrequited love and tormenting feelings of guilt.

Danny is pregnant by Max who is busy trying out Avishag’s sexual fantasies with her. She wants him to hit her when they have sex. Avishag takes her bruises to Dror, whose dog she sits. A generational portrait that asks: how liberated are we really?

Le monde après nous (The World After Us)

When penniless young writer Labidi meets Elisa he knows she’s the one for him. But Paris is expensive. A captivating film that combines the classic themes of French New Wave cinema with questions about roots, familiarity and distance.

In a dystopian future, children are considered property of the military regime which trains them to fight in a state boarding school. A Cree woman tries to get her daughter back. A parable about the situation of the First Nations, seen from a female perspective.

The unexplained death of his niece leads the director back to his family. His investigation of injustice and the arbitrariness of officialdom turns into cathartic family therapy. A personal essay about motherhood, grieving and transgender masculinity.

A finely spun drama set in the microcosm of an authoritarian boarding school in the Anatolian mountains. One winter’s day reveals the failure of this powerful educational institution to which twelve-year-old Yusuf and his friend are helplessly exposed.

Egyptian Souad, 19, has several identities: one on social media, others as a diligent student and an obedient daughter. When Souad’s ideas of a self-determined life are shattered, her younger sister sets out to look for answers.

Ted K takes a radical approach to addressing Unabomber Ted Kaczynski’s way of thinking. Using intense images and texts from Kaczynski’s pamphlets, the result is no conventional biopic but a meditative composition – and an emotional exploration of violence.

Théo, a 27-year-old with Down’s syndrome, lives in seclusion in the forest with his father. Every day he trains his body to become a samurai. One day his father goes away and Théo is alone with his world of thoughts. He decides to start a new life.

A Última Floresta (The Last Forest)

In powerful images, alternating between documentary observation and staged sequences, and dense soundscapes, Luiz Bolognesi documents the Indigenous community of the Yanomami and depicts their threatened natural environment in the Amazon rainforest.

Asli and Saeed fall in love in the mid-1990s. Although Asli’s mother is against their relationship, they secretly get married. Then he disappears. A sensitive love story that recounts how Saeed changes Asli’s life – before the entire world is shaken.

Yuko No Tenbin (A Balance)

In her new documentary, Yuko wants to tell the true story behind the scandal of a relationship between a female student and her teacher. When she learns about her own father’s affair with one of his students, she has to rethink her principles.

Das Mädchen und die Spinne (The Girl and the Spider)

The Scary of Sixty-First

JoBlo: THE SILENCE OF THE LAMBS Trailer | HD (1991) Hannibal Lecter