I gotta hand it to director Ric Roman Waugh—I went into Greenland expecting the usual disaster movie fare, and he far exceeded my expectations at every turn. The best compliment that I can give Waugh about what he does in Greenland (with the help of Chris Sparling’s script) is that he not only finds new ways to deliver up catastrophe tropes (or catas-tropes perhaps?) throughout the film, but he also gives viewers a story with a real sense of heart to it that never comes at the expense of immersing us in the enormity of the world-ending scenario at the center of Greenland, either, which is no easy feat. As far as disaster movies go, Greenland is easily one of the best I’ve seen in decades, and I’m so glad I finally caught up with it now.

While the future of all of humanity is at stake in Greenland, Waugh keeps most of the story here focused squarely on the Garrity family. John (Gerard Butler) is a structural engineer struggling to keep his marriage to Allison (Morena Baccarin) afloat after he crosses a line, and their son Nathan (Roger Dale Floyd) is caught in the middle. But their marital issues quickly take a back seat to Clarke, a planet-killing comet on a collision course with Earth, and it’s only a matter of time before the interstellar object makes contact with our planet, resulting in a globally catastrophic event.

Because Greenland’s concept of total extinction is so wholly devastating in just how inescapable this comet and its wrath truly is, I was curious as to just how exactly things were going to play out here. Was this going to be a case of something along the lines of Armageddon or (god help us) Geostorm, or was Greenland going to be more like The Day After Tomorrow, minus all that ice age business. As it turns out, Butler’s latest was going to set out to do something entirely different, as it focuses on the human drama of the Garritys’ plight to survive Clarke instead of delivering up a visual buffet of disaster porn throughout Greenland, and that’s exactly what makes it a standout amongst other films of this ilk. Sure, there are plenty of explosions and breathtakingly horrifying sequences involving cities being annihilated by fragments of the comet, but the panic-fueled tension at the center of Greenland comes from the real human stakes driving its narrative.

And much of that comes from the harrowing obstacles the Garritys have to fight their way through as they try to make it to the film’s titular locale where they seek shelter in hopes of surviving the comet. Again, because I went into Greenland rather blind, and had no idea just where the story was going to go at any given moment, I don’t really want to go into any specific details about certain plot points and set pieces. But I will say that there were several moments where I had to remind myself to take a breath because my nerves were shot, and none of those scenes involved the destructive force of the comet. That’s not to say that the destruction Clarke causes isn’t an impressive visual feat in the film—it truly is—but the fact that Sparling’s script demonstrates that the only thing scarier than the end of humanity is humanity itself made for an even more powerful viewing experience overall.

In terms of the home media release of Greenland, in the “before times,” I used to be able to compare the disc version to what I saw in theaters, but that’s not really an option for me these days, so all I can do is judge this release solely on its merits alone. That being said, the film looks great and it’s probably one of the more evenly mixed Universal Blu’s I’ve seen in a while (usually I have to fight with my sound system whenever we watch one of their discs). Sadly, though, there aren’t a ton of special features on this release, as we only get a few deleted scenes, including a more expansive ending sequence which I did think was interesting, as well as a quickie EPK featurette and a commentary track featuring Waugh and producer Basil Iwanyk. Because of the nature of Greenland, I was hoping for something that dug into the film’s impressive visual effects work, because the visual effects are excellent, but sadly, there’s nothing like that to be found here.

Lack of bonus content aside, I will say that if you’ve been on the fence about watching Greenland because you were worried it was going to be another silly disasterpiece type of experience, allow me to quell your fears. With its grounded storytelling approach, Greenland delivers up some truly top-notch entertainment that had me reeling from start to finish, and I’m so glad I caught up with it now. 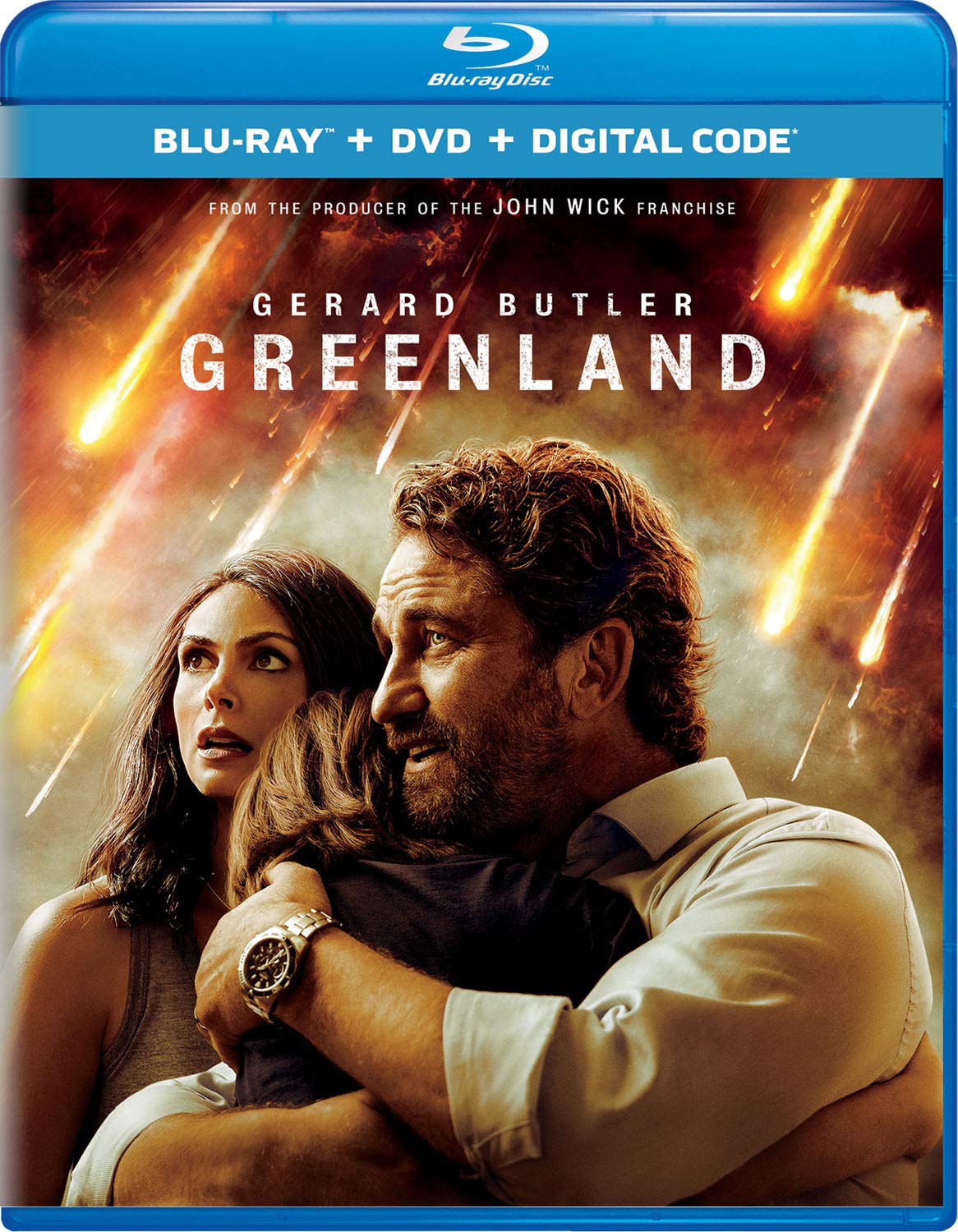