Because it’s the right thing to do…

As you know, Zack Snyder’s Justice League recently released on HBO Max and there’s no denying it’s a win for the internet, but more importantly, it’s a win for Snyder and creatives everywhere… or is it? Following the launch of the DC Extended Universe with Man of Steel and Batman v Superman: Dawn of Justice, Warner Bros. panicked. The latter was panned by critics, something those in their ivory towers blamed on a tone opposite of the Marvel Cinematic Universe—the popular girl in school whose clout is a byproduct of patience and understanding.

You can’t just join the cheerleading squad and expect everyone to like you. Well, you probably could 20 years ago – when the best comic book movie was X-Men (still a banger) – but not now. Now, contrived storytelling does not go unnoticed; imitating your competition by sabotaging the vision behind movies like Suicide Squad and Justice League AKA “Josstice League.” Ironically, much of its character development and story fell victim to the studio’s desire for a lighter tone and therefore resembles a Gothic icon: Frankenstein’s monster.

In 2017, Snyder left the production of Justice League due to a family tragedy. In one of the most transparent moves of all-time, WB hired Joss Whedon (The Avengers) to step in and do what they wanted in the first place: use a fraction of Snyder’s ideas and make an off-brand Avengers movie without truly establishing any of its heroes. Soon after Josstice League bombed, WB and DC Films abandoned its original slate, which was set to expand upon every Justice League character, including Cyborg with a solo outing.

Most of Cyborg’s scenes were removed or reshot in the theatrical cut, reducing Ray Fisher’s character to an afterthought who says “booyah.” Following the film’s release, Snyder claimed Cyborg was the heart of his Justice League. This (among other things) launched the pop culture phenomenon known as the #ReleaseTheSnyderCut movement. 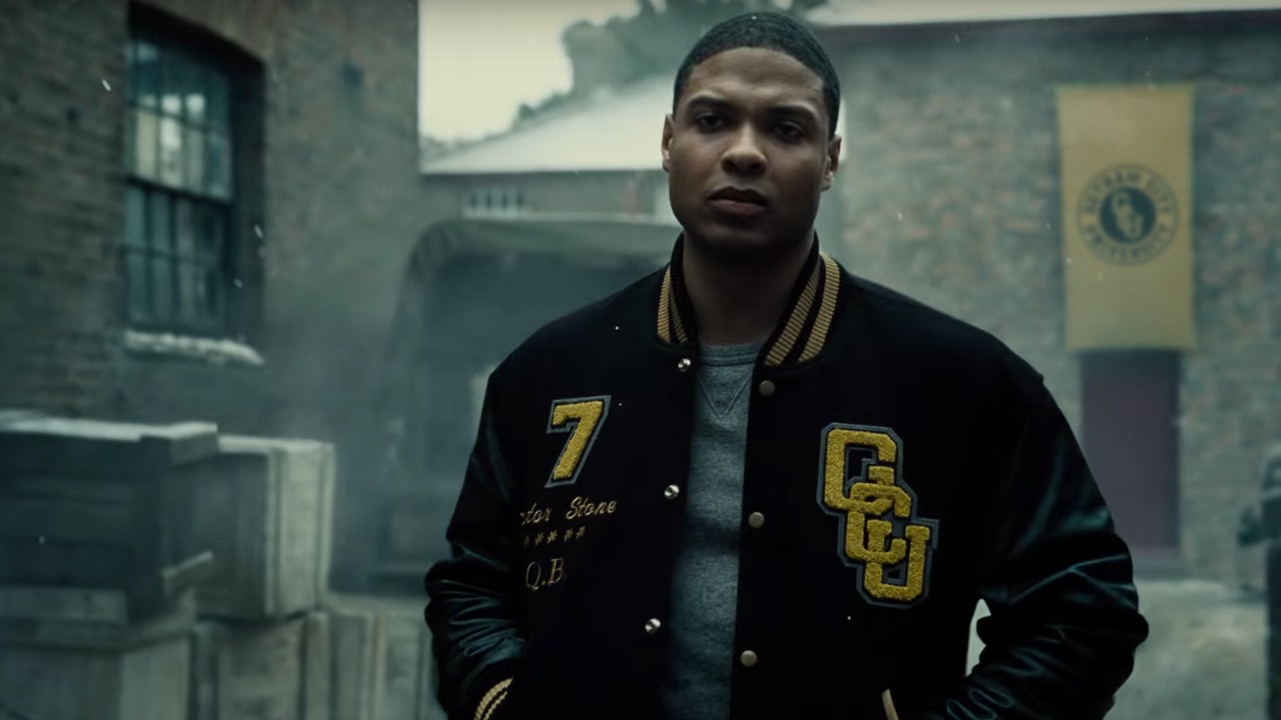 Now that Snyder’s 4-hour Justice League has finally made its way to HBO Max, Cyborg has proven its breakout (and main) character, ending with him being well-rounded and ready for his own film. It’d be one thing if this was the Snyder Cut’s only drastic improvement. It’s not. Flash’s arc is almost completely different. Instead of being an insecure coward who “pushes people and runs away,” he’s confident in his abilities and saves the entire world by running faster than the speed of light and turning back time—a sequence (like many other seemingly essential scenes) that never should’ve been cut/changed. Apparently, WB thought Flash traveling through time could potentially confuse comic book fans (who are more than familiar with “Speed Force”).

The list of improvements goes on: Steppenwolf’s mommy issues are gone (replaced with Darkseid issues) and Batman, Aquaman, Superman and Wonder Woman (even if her theme music is a bit much) all benefit from a cohesive, R-rated vision that plants intrigue for Apokoliptic installments. In Josstice League, Batfleck wouldn’t dare drop an F-bomb.

The Snyder Cut’s Knightmare epilogue gives us a glimpse of what Snyder had in store for its sequels (a dead Lois Lane, evil Superman and a League desperate to rewrite history), Deathstroke, Martian Manhunter and Jared Leto’s Joker—another character who thrives thanks to a faithful direction and aesthetic. That said, Leto’s cameo has reinvigorated interest in David Ayer’s cut of Suicide Squad, another film gutted due to studio interference. #ReleaseTheAyerCut and #RestoreTheSnyderVerse are both trending, the latter has already been tweeted over 1 million times. In the spirit of “the customer is always right,” it seems like a no-brainer for WB to make Snyder’s Justice League canon, and continue his story…

In an interview, Warner Media Studios CEO Ann Sarnoff not only said “we won’t be developing David Ayer’s cut (of Suicide Squad)” but, when asked about restoring the Snyder-Verse, held the line:

“I appreciate that they love Zack’s work and we are very thankful for his many contributions to DC. We’re just so happy that he could bring his cut of the “Justice League” to life because that wasn’t in the plan until about a year ago. With that comes the completion of his trilogy. We’re very happy we’ve done this, but we’re very excited about the plans we have for all the multi-dimensional DC characters that are being developed right now.”

WHY WOULDN’T WB GREENLIGHT SEQUELS WHEN THERE’S MONEY TO BE MADE?

Doing so means admitting they were wrong regarding creative direction and behind-the-scenes drama. In particular, the internal investigation into the Justice League reshoots and alleged abusive/discriminatory behavior of Whedon, Jon Berg and Geoff Johns.

Despite Cyborg’s insignificant role in Josstice League, the upcoming The Flash movie was set to feature a Cyborg cameo. However, Fisher resigned from the project following the dismissal of his allegations against the aforementioned executives. At this venture, Fisher expresses interest in reprising his role but has publicly stated he will not work under DC Entertainment’s current president, Walter Hamada. Even if everyone made nice, a future Cyborg movie (taking place outside the Snyder-Verse) would pick up after Josstice League, undercutting a beloved arc and, arguably, the #ReleaseTheSnyderCut movement (of which Fisher was/is a huge proponent).

It’s not unreasonable to assume Fisher (and Joe Morton’s stellar and again, essential work as Silas Stone) was cut from Josstice League because of whatever was going on. Zheng Kai’s role as Ryan Choi AKA The Atom was also cut—something that would’ve presumably set up a future film featuring cinema’s first Asian superhero. Or, maybe they just didn’t want to invest in an almost fully-CGI character and used the bare minimum for their precious theatrical runtime. Regardless, Snyder’s Justice League does what they wanted: it sets up a rich, vast, and deep cinematic universe with endless possibilities. Better yet, it separates itself from the MCU. 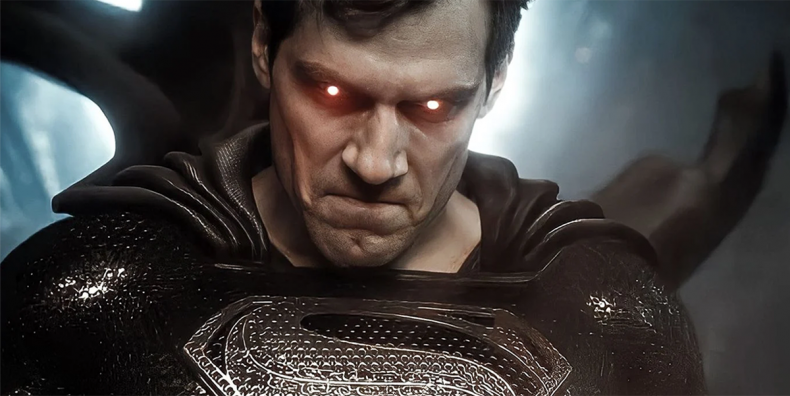 You have to assume that the studio didn’t want Snyder’s Justice League to be good. Their ideal scenario was one in which the 4-hour cut is either just as bad as the theatrical version or simply okay—silencing fans and reinforcing their decision to neglect Cyborg and move on with a different Batman, Superman, TV Shows etc. Before its development, rumors were even spread that it was “unwatchable.” Then there’s the incident where it was “leaked” on HBO Max during a Tom & Jerry glitch – an error that was supposedly “addressed within minutes” even though many claim to have caught at least an hour of the film. Unfortunately for WB, the Snyder Cut has lived up to the loftiest of expectations and proven the theatrical version less than stellar.

From this perspective, releasing the Snyder Cut backfired. Releasing the Ayer Cut could mean repeating the same mistake. Especially since its spiritual reboot, James Gunn’s The Suicide Squad (another Marvel director, go figure) comes out this year. They could continue the Snyder-Verse. Hell, in addition to a Cyborg film, they could even do the Batfleck film Justice League sets up. They can do anything they want to now that they’ve taken full advantage of Multiverse hype, retconned their business model, and claimed all the cinematic iterations that we’ve seen before are valid (except, of course, for Snyder’s Justice League)—which, let’s be honest, is lazy.

Everything about Snyder’s Justice League feels right. Not because it’s a perfect film but because of its development, originality and heart. From permeating themes of family and legacy to its final and most essential aspect: its dedication. For Autumn.

#ReleaseTheSnyderCut is social media done right, its power successfully being used for good—a shining example of how the fans have the power to support those who deserve it. Never in the history of cinema has a sequel(s) not been made if there’s been a demand for it. If #RestoreTheSnyderVerse (or #ReleaseTheAyerCut for that matter) gets as much traction as the movement that preceded it, who knows what can happen. Keep watching and keep tweeting. Cue the petitions.

Ahead Of A24’s Zola, The Movie’s Real-Life Inspiration Clears Some Things Up