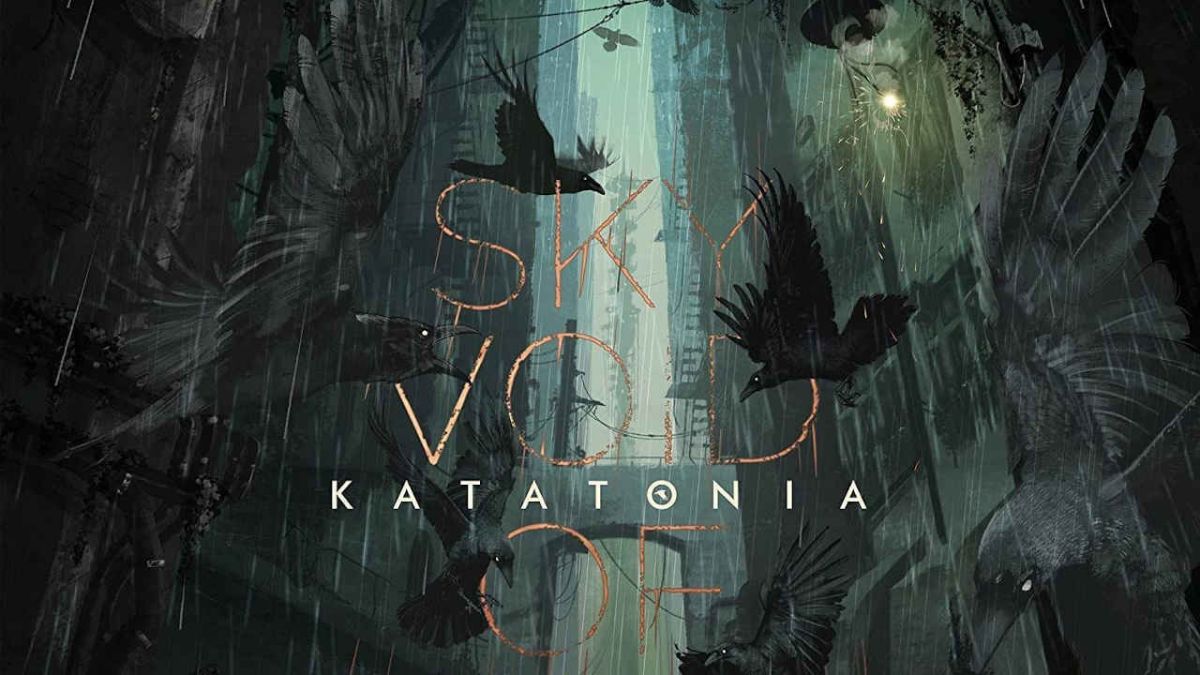 While most heavy music can be traced back to one seminal root or another, Katatonia’s sound has always seemed to magically materialise, fully formed, bereft of cliché, and owing nothing to anything but the gentle grip of darkness. The key can be found in the seemingly intuitive songwriting of founder members Anders Nyström and Jonas Renkse: irrespective of which of them is wielding the pen, their songs consistently defy the usual rules. Intricate riffs intertwine in wild, alien ways; huge melodies erupt from unexpected points in tangled, tempestuous rhythms; colossal emotional crescendos transform into moments of breathtaking fragility and restraint. Whether by fortune, design or a mixture of the two, Katatonia have long been one of the most authentically progressive and unique bands around. As a result, expectations around a new album are always high and, pleasingly, usually met.

Sky Void Of Stars is the Swedes’ 12th full-length. Much like 2020’s City Burials, it finds them savouring a slender but unbreakable connection to the more primitive, doom metal endeavours of their distant past, but expressing it through more of that quietly miraculous songwriting.

Another thing that defines Katatonia is that they’re intrinsically unsuited to the age of short attention spans. Opener Austerity is a beautifully paced, rhythmically complex thing, and the perfect, propulsive entry point for diehard fans, but it is also a song that reveals more secrets with each compulsive spin. Drab Moon weaves several superficially simple elements into a bewitching symphony of textures and languid vocal hooks, while both the angular metal bombast of Author and the armour-plated goth grooves of Colossal Shade find room for curious detours and small but telling changes of mood.

Sky Void Of Stars reaches a startling emotional peak with Impermanence. A glacial ballad with a heart of purest doom, it drifts majestically along until a rapturous, old-school guitar solo bursts through the clouds of reverb like a lightning bolt. It’s one of the most powerful things Katatonia have ever released.

Even at their most straightforward, Katatonia are always pursuing an ornate, tangential course. Opaline begins in elegant, downbeat mode and builds up toward a chorus of undeniable hugeness, but with an endlessly inventive arrangement bubbling away beneath. Birds is a succinct, high-octane banger by the Swedes’ usual standards, but Jonas’s insidious, askance melody lifts it into a much stranger realm. Atrium is the closest thing Sky… has to a straight-forward pop song, albeit one steeped in the ominous clangour of 80s goth and bolstered by chirruping strings and a chorus hook that, if one were daring, might even be described as upbeat. In wild contrast, No Beacon To Illuminate Our Fall is a brooding splurge of interlocking riffs and sumptuous prog dynamics, with a nuanced performance from Jonas that will break the hardest of hearts.

Bowing out with bonus Absconder’s elegant labyrinth of pristine beats and spaced-out, bluesy prog, Katatonia sound as absorbed in their meticulous, mercurial work as they ever did. The only predictable thing about Sky Void Of Stars is how absurdly fucking great it is.

Vinyl Sales Began To Slow Down In 2022