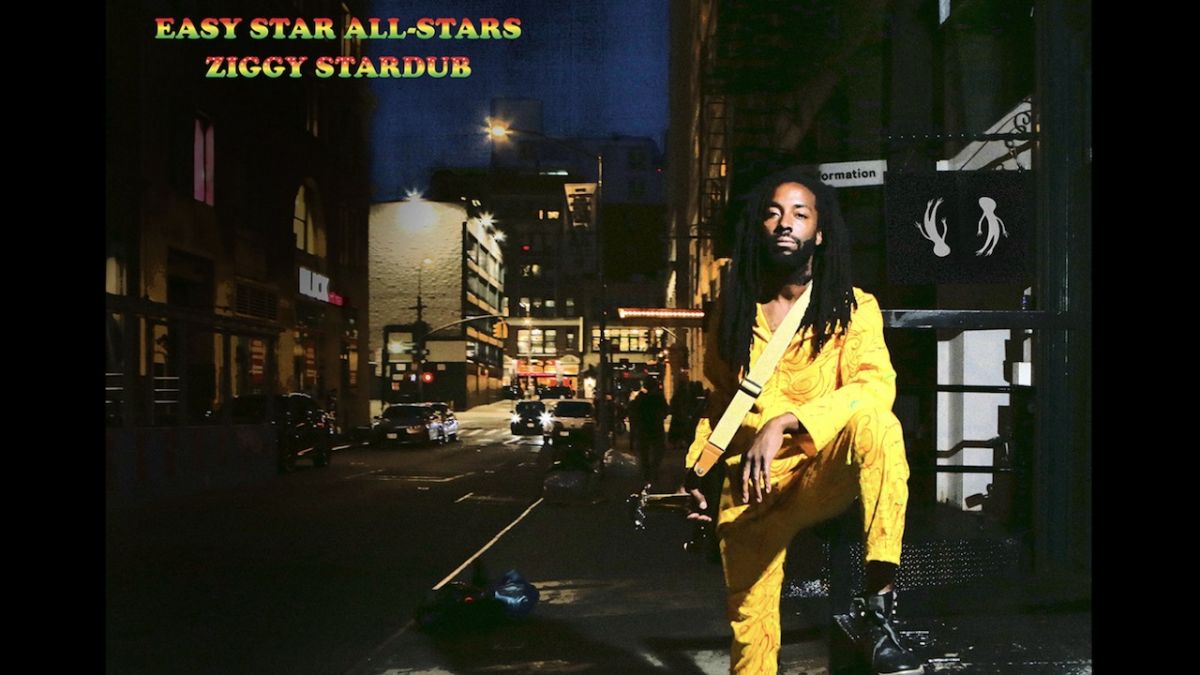 Rush guitarist Alex Lifeson, Living Colour‘s Vernon Reid and  Fishbone are among the guests who’ve contributed to a reggae re-imagining of David Bowie‘s classic album The Rise and Fall of Ziggy Stardust and the Spiders from Mars.

The album, Ziggy Stardub, has been assembled by New York-born musician and producer Michael Goldwasser, the man behind the Easy Star All-Stars, who previously gave the world Dub Side of the Moon, a dub version of Pink Floyd’s The Dark Side of the Moon, Radiodread, a reggae version of OK Computer, and Thrillah, a reggae re-imagining of Michael Jackson’s Thriller.

“It’s the song most pivotal to the loose storyline of the original album,” Michael Goldwasser tells Rolling Stone. “Maxi Priest made sense for the song because his vocal versatility has crossed genres and boundaries. The chorus of ‘Starman’ has this lift that really draws people in because it jumps an entire octave from the ‘star’ to ‘man.’ We needed an accomplished singer who could do something like that. It’s not easy, and I suspected Maxi could pull that off, and, of course, he did.”

Listen to Starman below:

Ziggy Stardub will be released on April 21, and is available to pre-order now on Bandcamp.

Louder Sound – David Bowie’s Ziggy Stardust album has been given a reggae makeover as Ziggy Stardub with the aid of Rush’s Alex Lifeson and Living Colour’s Vernon Reid
Author:
Go to Source
January 20, 2023

“Am I table? Yes I am!”: Watch Metallikea’s spoof advert for a leading Swedish home furnishing company