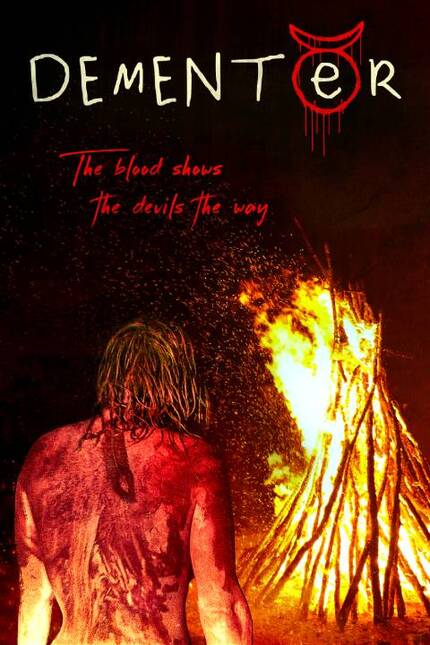 Our own, Dr. Shelagh Rowan-Legg, caught Dementer when it played at the Nashville Film Festival back in 2019. Here are a couple excerpts from her review, followed by the press release.

The result is what you might call an analog portrayal of cult and ritual, of belief and trauma, one that relies on its actors and post-production sound editing to convey its story; I write this as a complement, as the films relies on its wits and an audience that is keen to follow where the literal and metaphorical road takes us.

Dementer strips away excessive artifice and indulgences, and get to the heart and blood of a story on the ties that bind us to the past, our attempts to cut free of them, and our misguided attempts to help others, as the scars that can never quite heal or hold back the blood.

Dementer, the latest film from writer/director Chad Crawford Kinkle (Jug Face) and featuring Larry Fessenden, has been acquired by Dark Star Pictures for a March release.

The film follows Katie, a young woman who flees a backwoods cult and takes a job at a care center for special needs adults in her determination to do some good with her life. But despite her best intentions, Katie can’t escape the signs that “the devils” are coming for Stephanie, a woman with Down syndrome she cares for, who keeps getting sicker despite Katie’s rituals to ward off evil spirits.

In the Bins: Marvel Horror Comics from the 90s