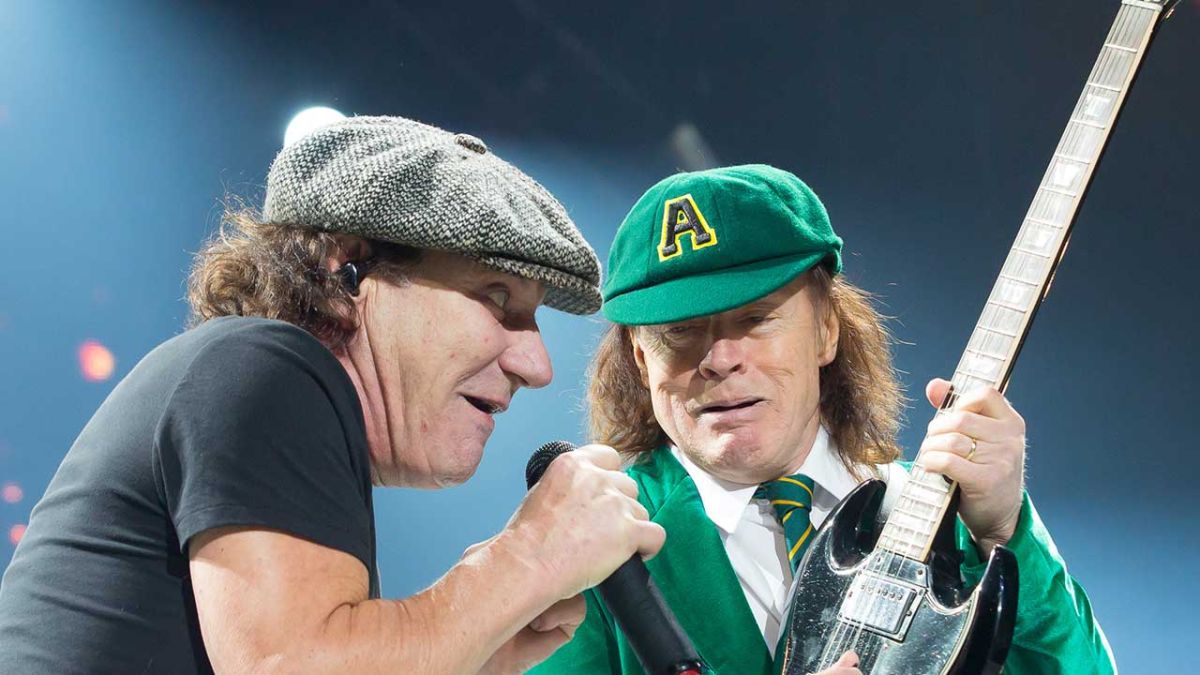 Blink and you’d miss it, but AC/DC may have unofficially confirmed the news that they’re back together, and that new music is on the way.

According to a Brazilian AC/DC fansite, photos showing the current line-up of the band were briefly published on the AC/DC website last week before quickly being removed. The photos, which appear to have been taken during a video shoot, show drummer Phil Rudd and guitarist Stevie Young together onstage for the first time.

The fansite also claims that the footage was shot in the Netherlands in February this year, that the resulting video may be released shortly, and that a new album from the band will appear before the end of the year.

These were posted earlier today… With strong RUMOURS that an album will follow this November. Follow AC⚡️DC’s socials for an official announcement. Until then, enjoy the possibility. pic.twitter.com/epZ9sX0Y3YSeptember 19, 2020

News of an AC/DC reunion began to emerge in August 2018, when Brian Johnson and estranged drummer Phil Rudd were spotted outside Vancouver’s Warehouse Studios where the band have recorded several albums in the past.

They were then photographed with longterm engineer Mike Fraser at the same location, with Fraser later confirming the band have been back in the studio “doing something.”

In July of this year former Twisted Sister frontman Dee Snider claimed the new AC/DC studio album had been delayed due to the coronavirus pandemic, after revealing last year that the record would feature tracks recorded by the late Malcolm Young along with “all four surviving members.”

“This is going to be a miracle of technology,” said Snider. “What will be achieved, the reuniting of the band that we know for one more album, is going to be uplifting and heartbreaking at the same time because nothing goes on forever. But this is the ultimate ‘one more time.'”

Don’t fear failure so much that you refuse to try new things. The saddest summary of life contains three descriptions: could have, might have, and should have.