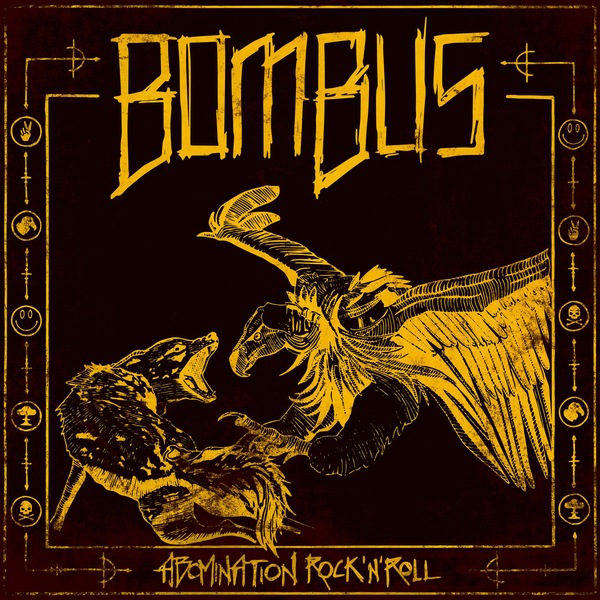 Waiting on the world to get back on its feet it has been a bit quiet around the Swedish punk-/metal outfit Bombus. But often quiet times have their reasons and can create great things.

The five heavy rockers used the time to emerge with a bang in 2021!

With their new track »Abomination Rock’n’Roll« they are having an affair with Motörhead, W.A.S.P. and Poison Idea at the same time! See for yourself and watch the new video below!

The single (digital release only) is available since today on all streaming platforms and can be checked out HERE.

Head and leader of the band “Feffe” (guitar/vocals), finds the following words: “»Abomination Rock’n’Roll« is a nugget for fans of Punk Rock Metal. It’s the first out of the two tracks we release this summer. Enjoy! And remember, you can’t make a silk purse out of a sow’s ear. Or so they say.”

Another single will be released in late summer this year which is a forerunner what to expect in the near future! Stay tuned!

As civilisation crumbles, everyone needs to find a good party at the end of the world. Loud, proud, bombastic and belligerent, Swedish metal crew Bombus have been raging against the dying of mankind’s light for the last decade, a consistent and reliable force for massive riffs and even bigger choruses, wielding enough fire and fury to power a fleet of Death Stars.

Formed by in 2009 by Fredrik “Feffe” Berglund and Mattias “Matte” Jacobsson, Bombus began as a gnarly two-piece, with Feffe on drums and Matte on guitar, churning out riffs and punk rock clatter inspired by the likes of the Melvins, The Jesus Lizard and Poison Idea. Progress is a tricky thing to stop, however, and since those early days, Bombus have evolved into one of the most explosive and charismatic hard rock bands on the planet. From 2010’s rampaging self-titled debut album to the extravagant riff excursions of 2013’s »The Poet & The Parrot«, the Swedes have never conformed to current trends or relied on one easy formula: instead, through undeniable songwriting power and ferocious levels of creative energy, they have powered forward, earning themselves a formidable reputation as a wildly entertaining live band along the way.

In 2016, Bombus released their third album, »Repeat Until Death«. An instant critical success and a huge hit the band’s ever-growing fan base, it refined and redefined the Bombus sound, cranking up the songs’ anthemic qualities and adding lashings of extra colour to the whole celebratory squall. Three years of kamikaze touring and good old fashioned hard work later, the band are back to give 2019 a jolting dose of heavy fucking metal with brand new fourth album, »Vulture Culture«. Newly expanded to a five-man line-up – featuring Feffe and Matte on vocals and guitars, drummer Peter Asp, bassist Ola Henriksson and new recruit, third guitarist Simon Solomon – Bombus have never sounded more ready to roll. 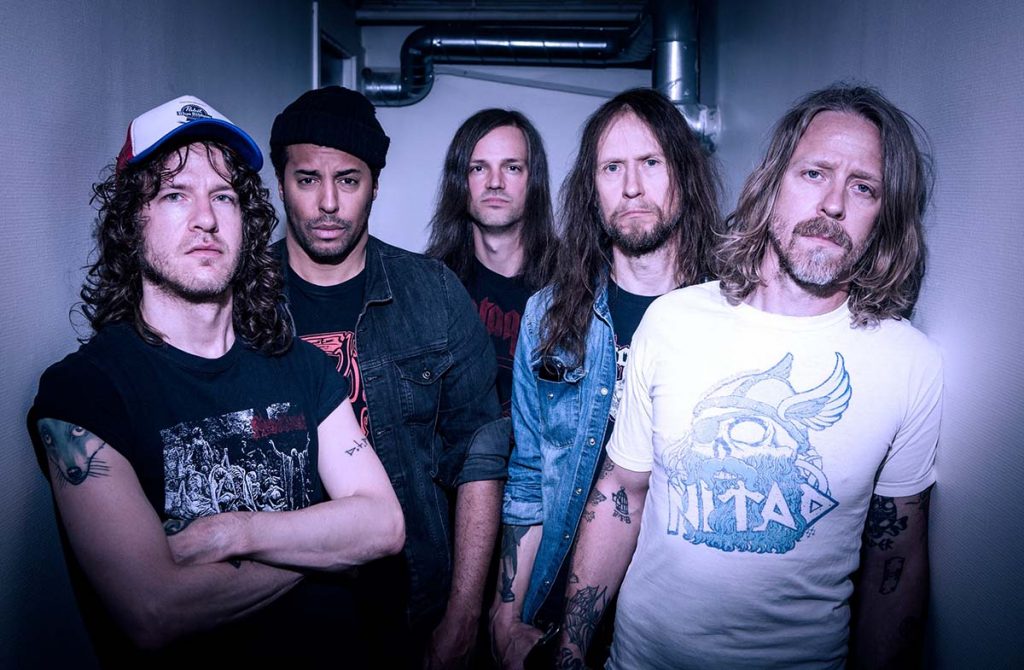 By far the Swedish crew’s most vivid and vital album to date, »Vulture Culture« was recorded with producer Daniel Johansson and mixed and mastered by revered studio guru Jens Bogren (Opeth, Katatonia, Dimmu Borgir). According to Feffe, the result of working with these acknowledged sonic titans is that »Vulture Culture« simply brims with brilliant ideas and a thrilling sense of collective chemistry.

Bombus are smart enough to know that the last thing metal fans want is to be lectured on the current state of the world, but there’s no denying the impact that world events have had on the band’s new songs. Still firmly dedicated to making their admirers feel alive, Feffe and his band mates are simply reporting back on the madness, hoping to wring some positivity from the chaos erupting around us.

In truth, it’s not /only/ rock’n’roll… in fact, »Vulture Culture« provides clear evidence that Bombus are exactly the band the world needs right now. Uplifting anthems, delivered with maximum passion and rendered in ear-blitzing multi-dimensional splendour, with endless giant riffs, incisive melodies and dynamic moments of darkness and light… all human life is here, and it’s heavy as Hell and utterly irresistible. If the end of the world is coming, Bombus are going down in a blaze of rock’n’roll glory.