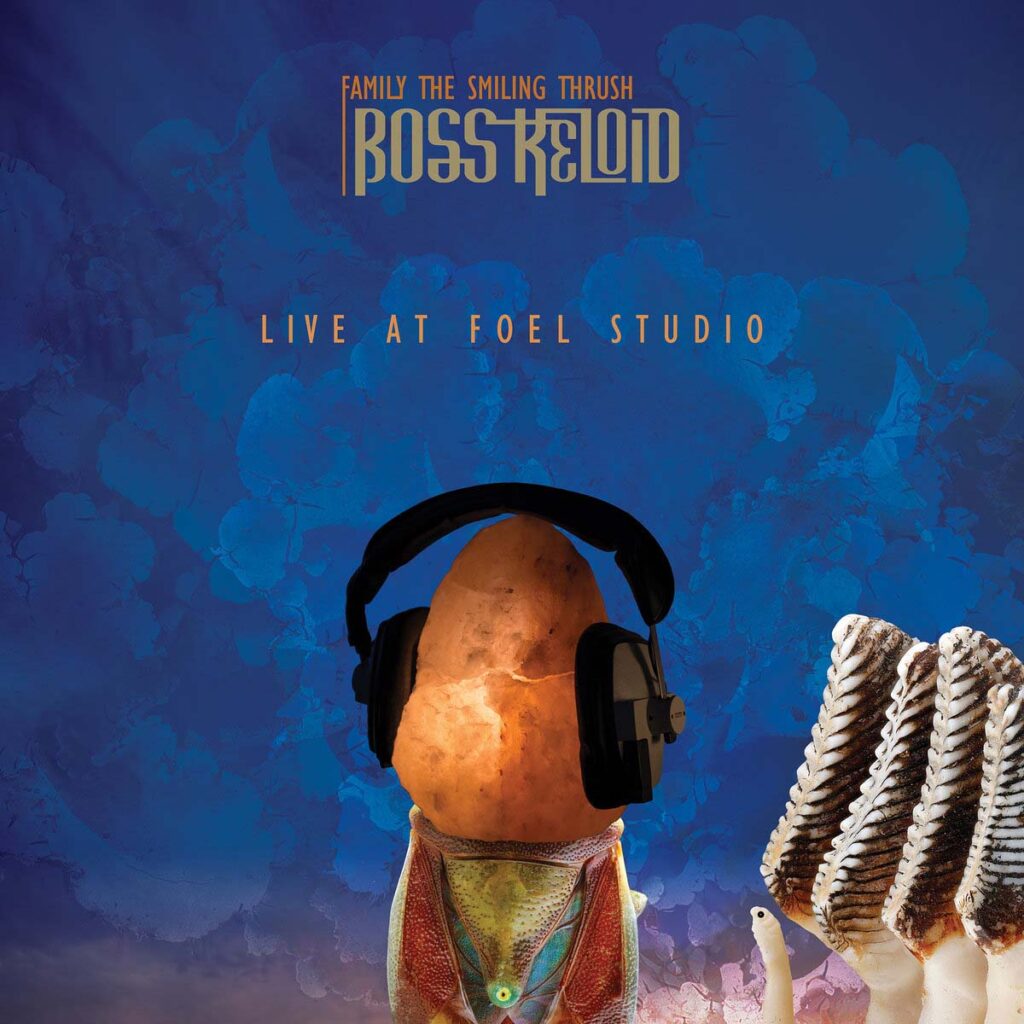 Watch the first live video for »Hats The Mandrill« below!

“It could potentially change the game entirely.” – Metal Hammer

British heavy prog-psych band Boss Keloid will release a live album/DVD version of their critically acclaimed »Family The Smiling Thrush«, to be released worldwide 1st July via Ripple Music. The band have also released their first live video from the studio session, »Hats The Mandrill«.

Check out the stunning live video for »Hats The Mandrill« here: youtu.be/7YNdCSCcUJo 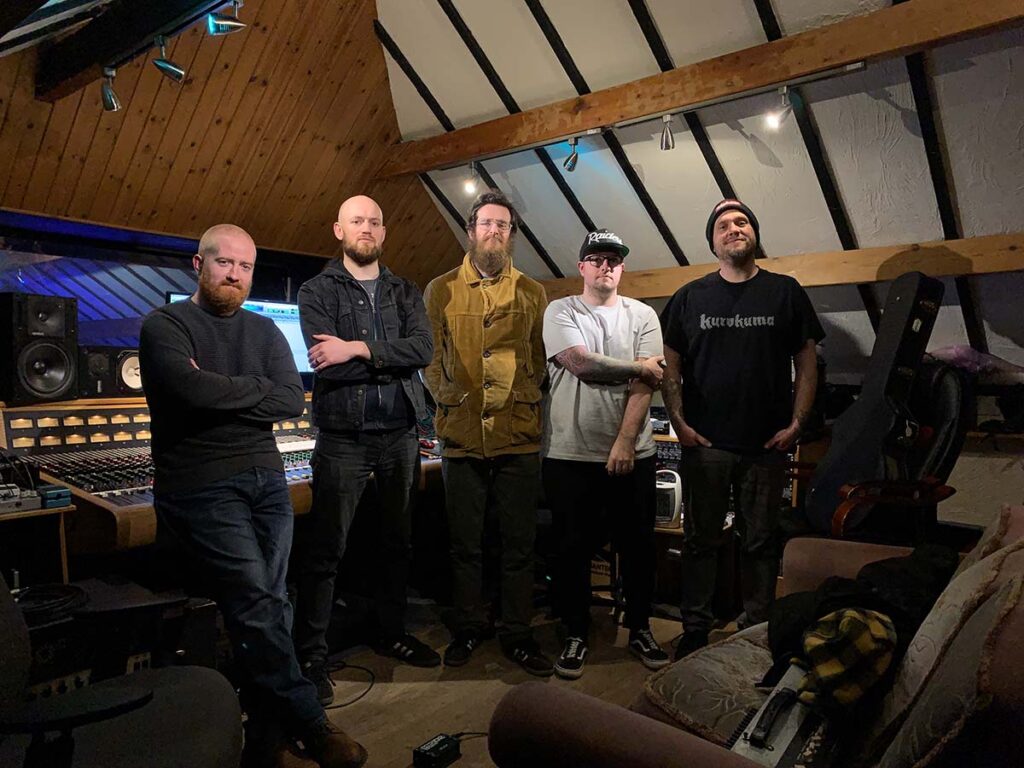 The band comments: “After working with Chris Fielding at Foel Studio on our latest album, we were really impressed by the set up there, and made an almost immediate decision to produce another, better live album than our last. The songs have a whole new energy and feel to them when they’re played live, and that’s something a lot of people prefer. There’s a lot of history to that studio and we felt like we had a lot to live up to, but Chris has done an incredible job of capturing everything, and we’re really pleased with the result.”

Taking their most ambitious album yet into a fully live studio setting, »Family The Smiling Thrush: Live At Foel Studio« demonstrates Boss Keloid at their peak as one of the UK’s most formidable live acts. Entering a realm leaning towards the soaring majesty of monumental prog-rock whilst still embracing their metal edge, the live album is a true masterclass in versatility and production. Recorded, produced and mastered by Chris Fielding at the legendary Foel Studios in Wales over two days in May 2021, the live album breathes new life into the seven towering tracks of emotional energy, psychedelic grooves and riff-oriented guitar work. 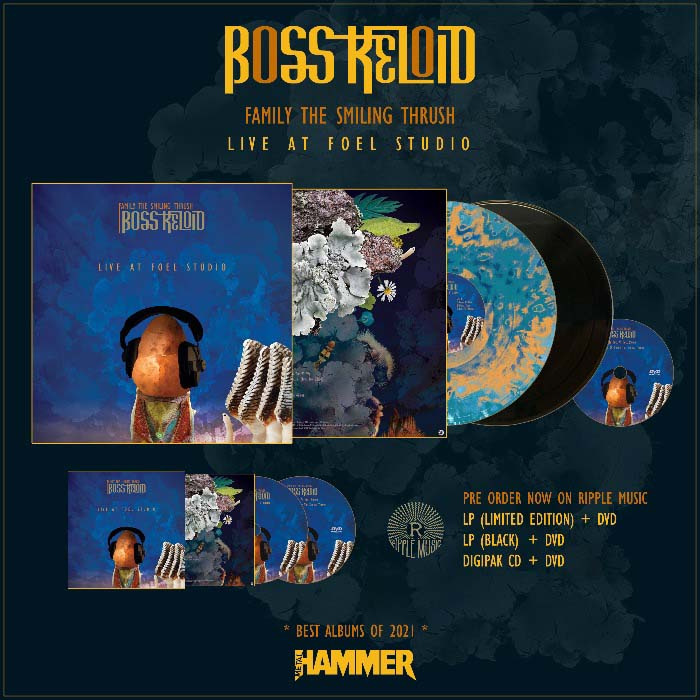 Lyrically throughout »Family The Smiling Thrush« Boss Keloid explore the notion of the collective being greater than the individual, embracing all flaws and the strengths of each. Each song burrows deeply into areas such as community, communication, family, personal growth, mindfulness and positive inner reflection, inviting the listener to not only join but truly revel in the journey of being alive.

»Family The Smiling Thrush: Live At Foel Studio« will be available from 1st July via Ripple Music as digital, LP and DVD bundles.