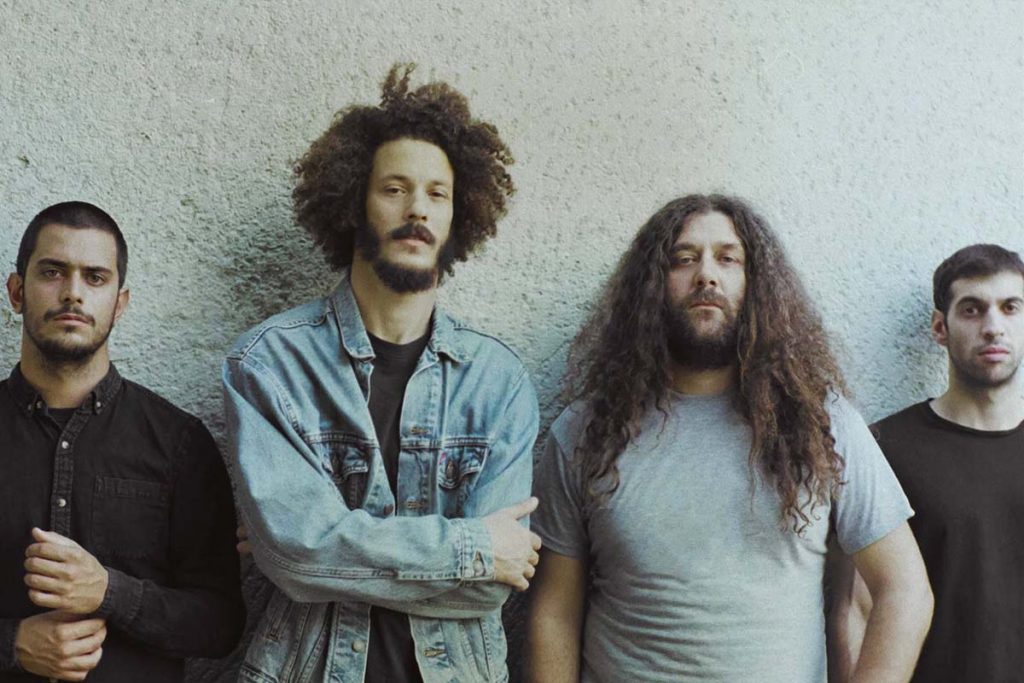 Greek heavy rockers BUS share a brand new music video for »You Better Come In, You Better Calm Down« from their latest album, »Never Decide«, out on March 1st, 2019 via RidingEasy Records.

The band comments: “Hi people, here we are again with a new music video for the »Never Decide« album covering this time the track »You Better Come In, You Better Calm Down«. Used extremely rare footage from our first European Tour we did back in 2019, including shows from Parma, Prague, Berlin, Sofia and more. Mixed with scenes from the old movie “The Discret Charm Of The Bourgeoisie” directed from the Master, Luis Bunuel.
Enjoy and feel free to leave a comment. Beers!”

From the opening notes of »Never Decide«, the RidingEasy Records debut album by Athens, Greece quartet Bus The Unknown Secretary (aka B.U.S.), you’ll know it’s going to be a wild funhouse ride. It doesn’t sound like just four people, it sounds like a mob of wild-eyed lunatics on the expressway to your skull. And, you’re not gonna know what the band’s name means, don’t worry about it.

Heavy bands typically don’t know how to make music fun. We’re not talking about goofy, novelty rock, which BUS certainly is not. We’re talking clever, spirited and anthemic rock that doesn’t get bogged down in trying to sound menacing. »Never Decide« is a multifaceted album in the vein of classic hitters like The Hellacopters, Alice Cooper Band, Judas Priest, Iron Maiden and Orange Goblin.

“The story of the album expresses the psyche of a person in a dead end and his life is introduced into obsessive rhythms, more personal and random,” explains vocalist/guitarist Bill Politis. “There is no happy end here, but the questions remain: Door A or Door B? Time to change or time to die, »Never Decide«!”

The album opens as if we’re in the studio with the band listening to playback for the first time. There’s a chirping test tone and someone starts counting in, “one, two, three…” before it suddenly grinds to a halt. Then suddenly the swirling guitar riff of the pummeling anthem »You Better Come In, You Better Calm Down« launches everything into the stratosphere. The guitars march in lockstep as swinging drums keep it all rolling at furious pace as the vocal chant of the song’s title grows into a massive group chant in harmony. Think Uriah Heep’s »Easy Livin’« meets Kiss’ »Rock and Roll All Night« – here’s another big, blazing anthem for the ages. »I Buried Paul« is the sort of fun, theatrical album track no one makes anymore, not since the days of the Alice Cooper Band. »Lucifer« takes things several shades darker, turning in a dramatic ballad launched by haunting piano chords and led by sinister, sneering vocals sounding something like Ozzy meets Johnny Rotten slowly building to its epic conclusion in double time with rinigng harmony guitar leads. »Evil Eyes« and »Moonchild« return the proceedings to the anthemic, pop-laced vibe, replete with major-minor chord shifts and vocal/guitar harmonies galore.

»Never Decide« was recorded in just 5 days in February 2018 with multitalented engineer and band’s beloved friend John Vulgaris at Electric Highway Studios in Athens, Greece. The entire band – drummer Aris Fasoulis, bassist Spiros Papadatos, and guitarists Fotis Kolokithas and Politis – recorded the instrumental tracks live in 3 days, reserving the last 2 for vocals. Over the 2 months that followed Vulgaris and the band fine-tuned the mix into the subtle and clever masterwork you have before you.

BUS formed in Athens in 2011, releasing two EPs and a full-length »The Impious Tapes«, followed by »The Cross« EP (2014), and »The Unknown Secretary« LP in 2016. During that time the band has toured extensively throughout Greece and in neighboring nations. The release of »Never Decide« saw them expanding that touring radius considerably.

»Never Decide« is available on LP, CD and download via RidingEasy Records. 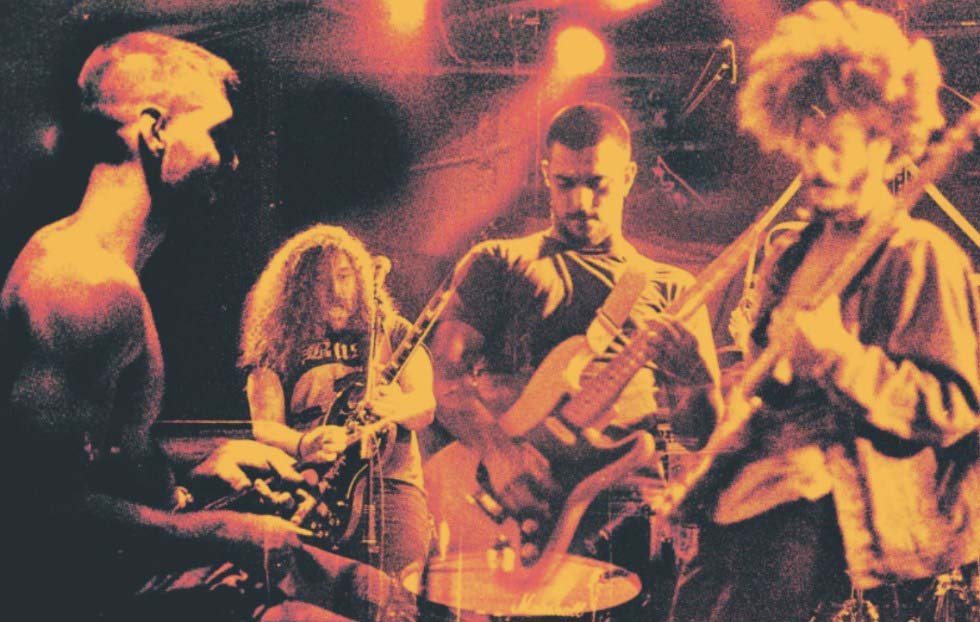 A Parrot Sings Led Zeppelin, Ted Nugent Makes More False Pro-Trump Claims, and Other Stories You May Have Missed This Week | MetalSucks

The gospel according to Myles Kennedy