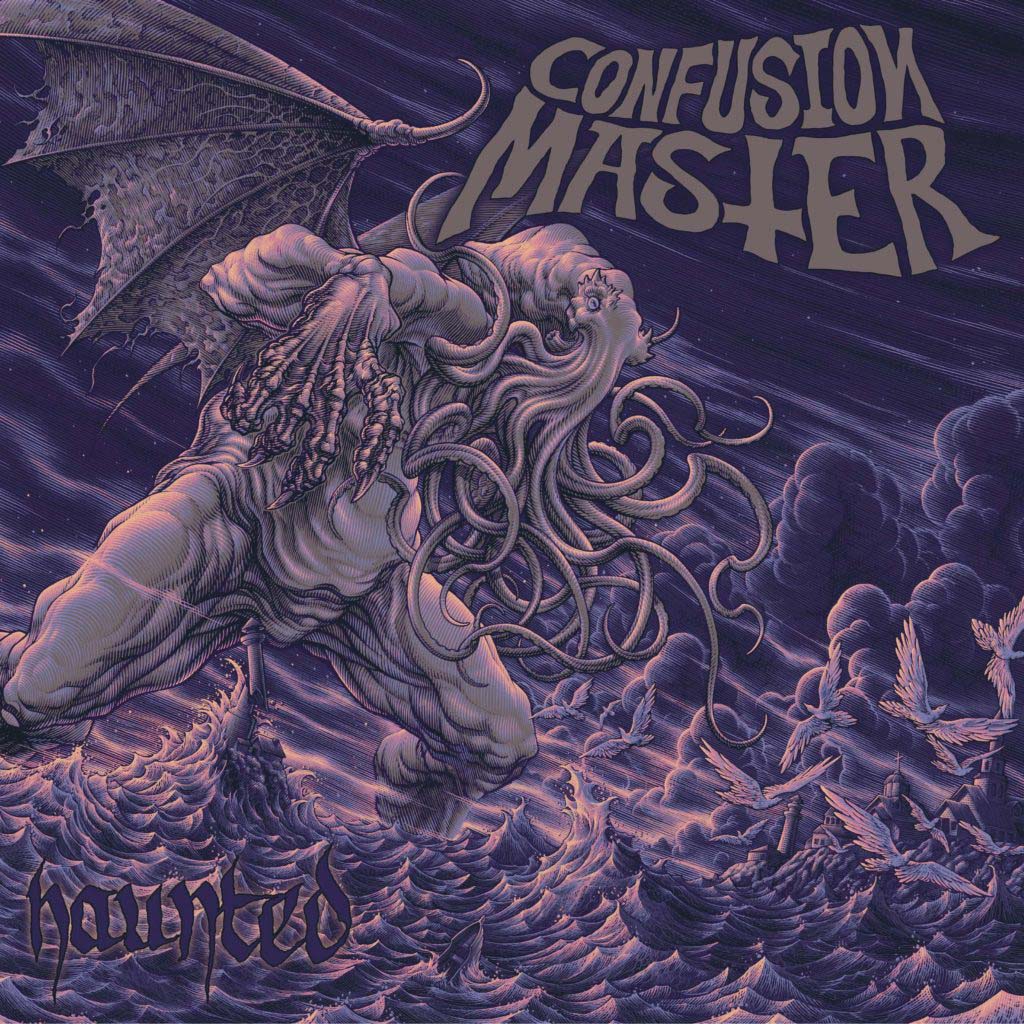 German doom/sludge metal quartet Confusion Master will release their crushing second LP, »Haunted«, through Exile On Mainstream in November, the label this week posting a new teaser for the record alongside preorders and more.

Uniting four musicians drawn together from across varied punk and metal circuits, unified through their shared love for sound, misanthropy, DIY values, and vintage gear, the members of Confusion Master have earned merits in underground stalwart outfits such as Cyness, Wojczech, Bad Luck Rides On Wheels, and Aequatorkaelte. Their debut album, Awaken, was released through Exile On Mainstream in 2018, and having earned raving feedback from the international doom and stoner rock crowd, the group proved itself as a veritable touring machine. They provided support for Like Rats, Dopethrone, Crowskin, Bongzilla, Beehoover, and labelmates Black Shape Of Nexus, while conquering the 2019 edition of the mighty Roadburn Festival, all in one strike. Now it’s time for the next chapter.

After excessive touring on their debut album, Confusion Master again exchanged daylight for practice room jams exhaustingly and crafted four new tracks rooted in thundering groove, odd percussion breaks, and psychedelic swing. The Baltic Sea-based quartet once again delivers a crushing blow with forty-one minutes of raging intensity for your turntable, reminding you that the dead cannot die while they are still hungry. 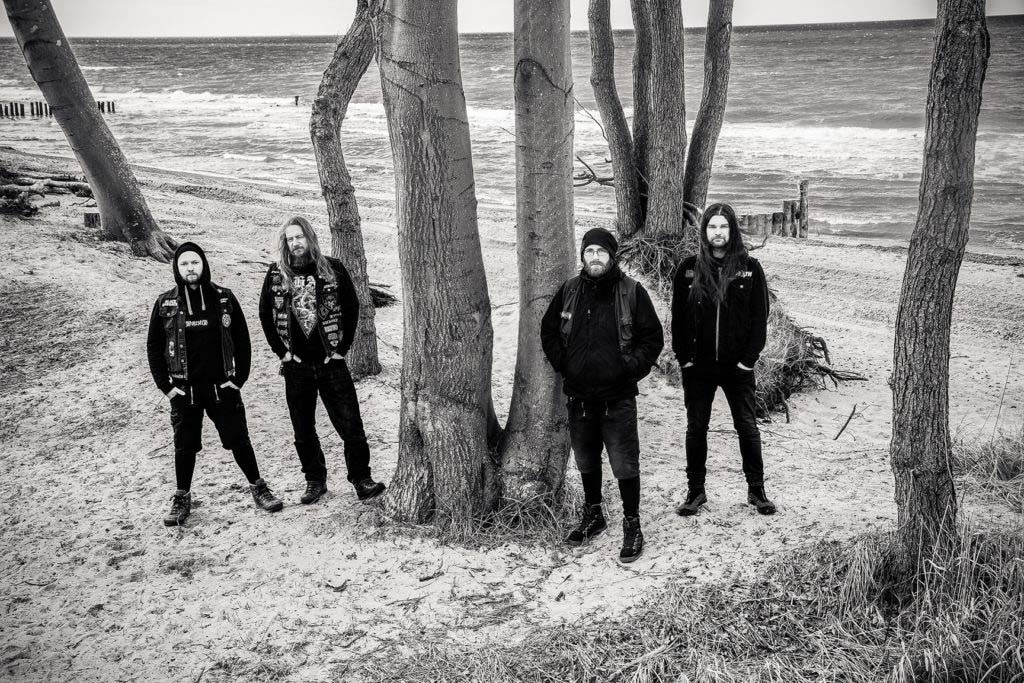 Recorded during the comprehensive Winter desolation of 2020, »Haunted« was captured by Lutz Baumann at various live sessions in multiple rooms and practice studios, after which it was mastered by James Plotkin (Khanate, Sunn O))), Pelican). Clearly not to be mistaken for a love and peace affair but channeling hardcore anger in its purity, the result is a bonafide gain in horror cosmic doom with a strong Lovecraftian existential swirl, as reflected in the stunning cover illustration by Antonio Ilievsky/Pig Hands.

»Haunted« will see release through Exile On Mainstream on November 19th through all digital services as well as 12” vinyl, with a bundled CD which features one bonus track not on the vinyl. Additionally, two limited fan editions of the album will also be released, each including with special pressing/packaging attributes, additional bonus material and merch, and a cassette release, Live At Fusion Festival. 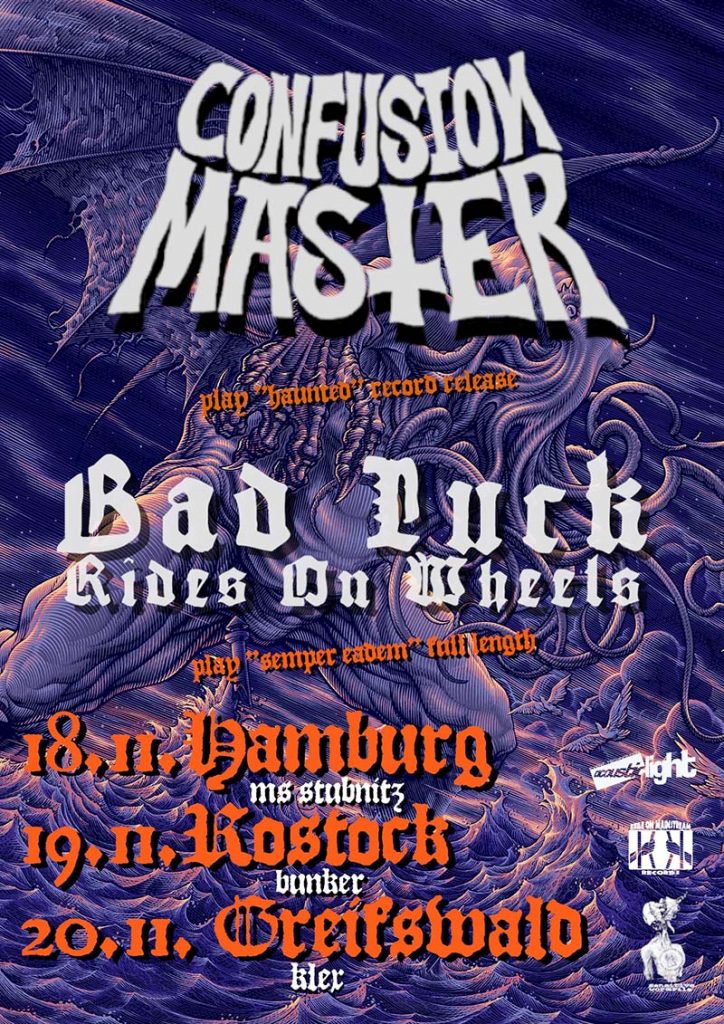 Confusion Master has also just announced record release tour dates planned in conjunction with the release of »Haunted«, with five shows across Germany between November 12th and 27th. See all confirmed shows below and watch for additional live updates, audio and video previews of the LP, and more to be issued over the weeks ahead.