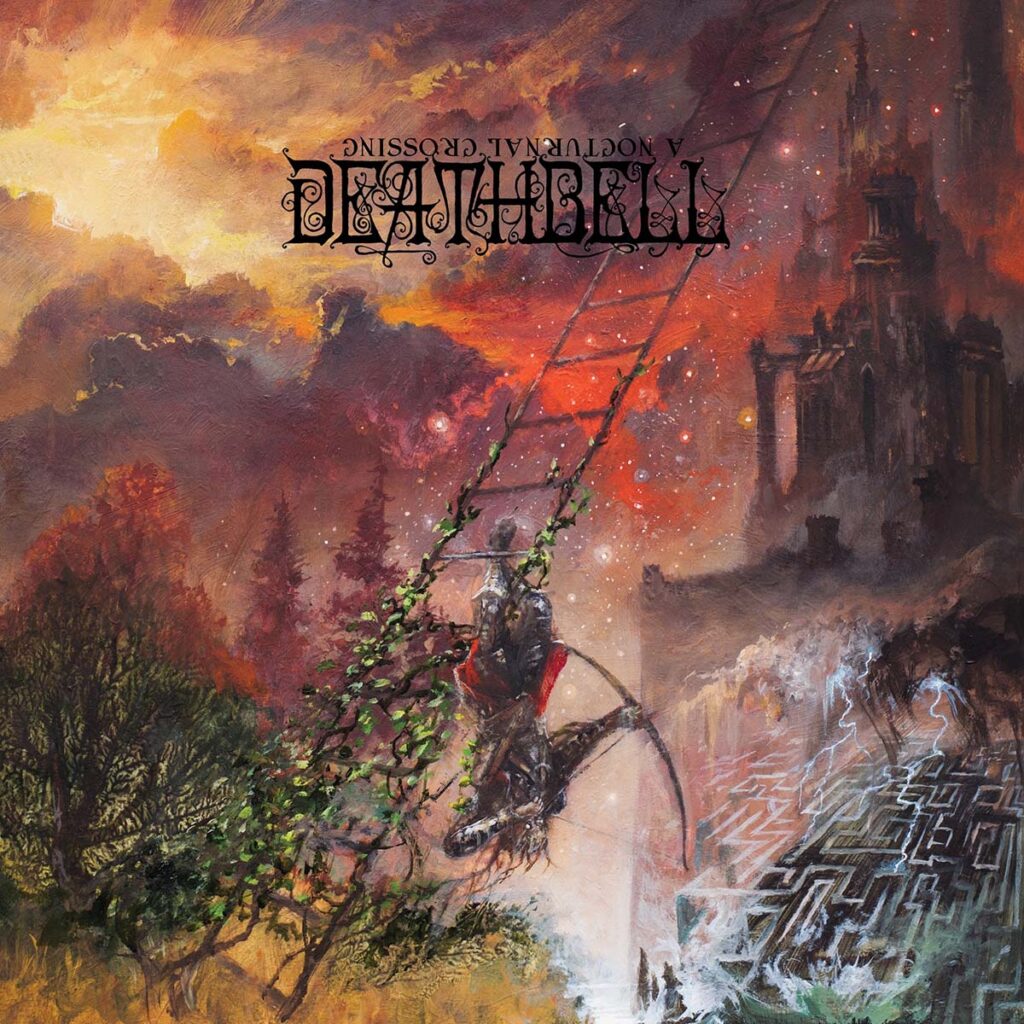 Toulouse, France based occult doom rockers Deathbell premiere a lyric video for the first single »The Stronghold And The Archer« taken from their sophomore album, »A Nocturnal Crossing«, set to release on February 25th, 2022 via Svart Records.

»A Nocturnal Crossing«will be available on vinyl and CD. Pre-order your copy here: svartrecords.com.

Deathbell is a five-piece band from Toulouse/France, that create eerie and heavy fuzz-laden Doom. Having released their debut album »With The Beyond« in 2018 that garnered underground attention, Deathbell have been lying in wait, taking their time to craft and hone their new juggernaut “A Nocturnal Crossing”. Incanting her melancholic and haunting vocals, Lauren Gaynor calls through cavernous walls of funeral organ and distorted slabs of riff-witchery to shepherd »A Nocturnal Crossing« into a hypnotic otherworld. With morbid clanging trips of psychedelic rhythms and shadowy atmospheres, Deathbell’s brand of mystical doom is both transcendent and sombre.

Written and recorded between 2018 and 2021 in the French Pyrenees, »A Nocturnal Crossing«’s lyrics reflect on the metaphysical forces of life and spiritual introspection. Recorded live in April 2021, Deathbell have summoned a demon of occult rock to rival the classic greats of Coven and Pentagram and modern legends such as Jex Thoth and The Devil’s Blood. For inner journeys alone, or live group ritual worship, Deathbell’s »A Nocturnal Crossing« works as a gateway or ticket into a wider initiation of Doom Rock’s inherent ancient power of black magic. Songs like »Silent She Comes« and »The Ladder« are anthemic, and wistful, beautiful gravestones of heavy incantation that deliver the listener into a blissful sonic salvation, with the guitar duo of Bolzan and Commelongue riffing as though oblivion depended on it. A band to watch out for, surely on the tongues and minds of those who seek out doom rock’s ever evolving devilish secrets, on »A Nocturnal Crossing«, Deathbell have concocted a very strong brew. 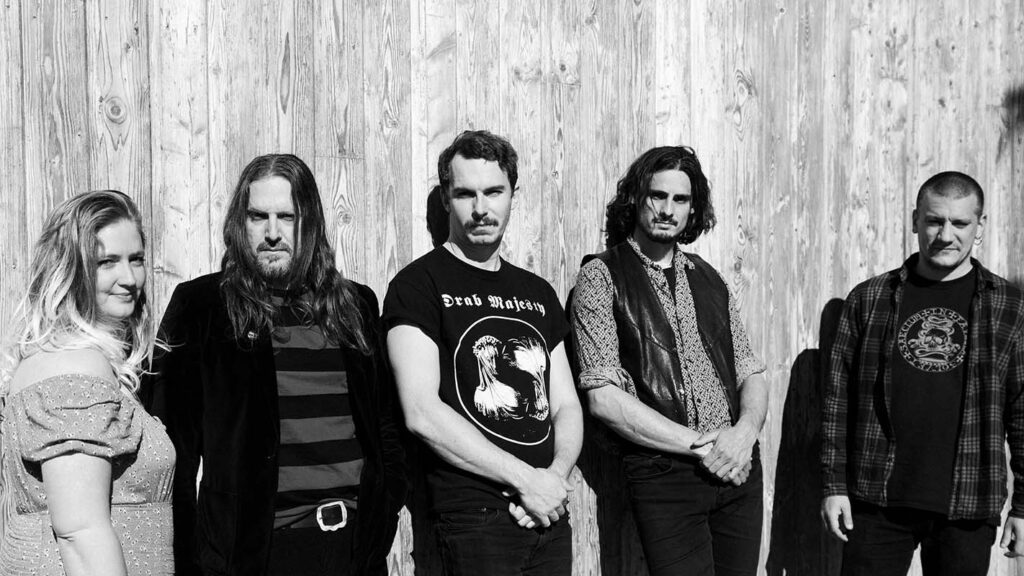 The first single, »The Stronghold And The Archer«, from Deathbell’s new album will be released digitally 26th of November 2021. »A Nocturnal Crossing« vinyl and CD available worldwide in February 2022.