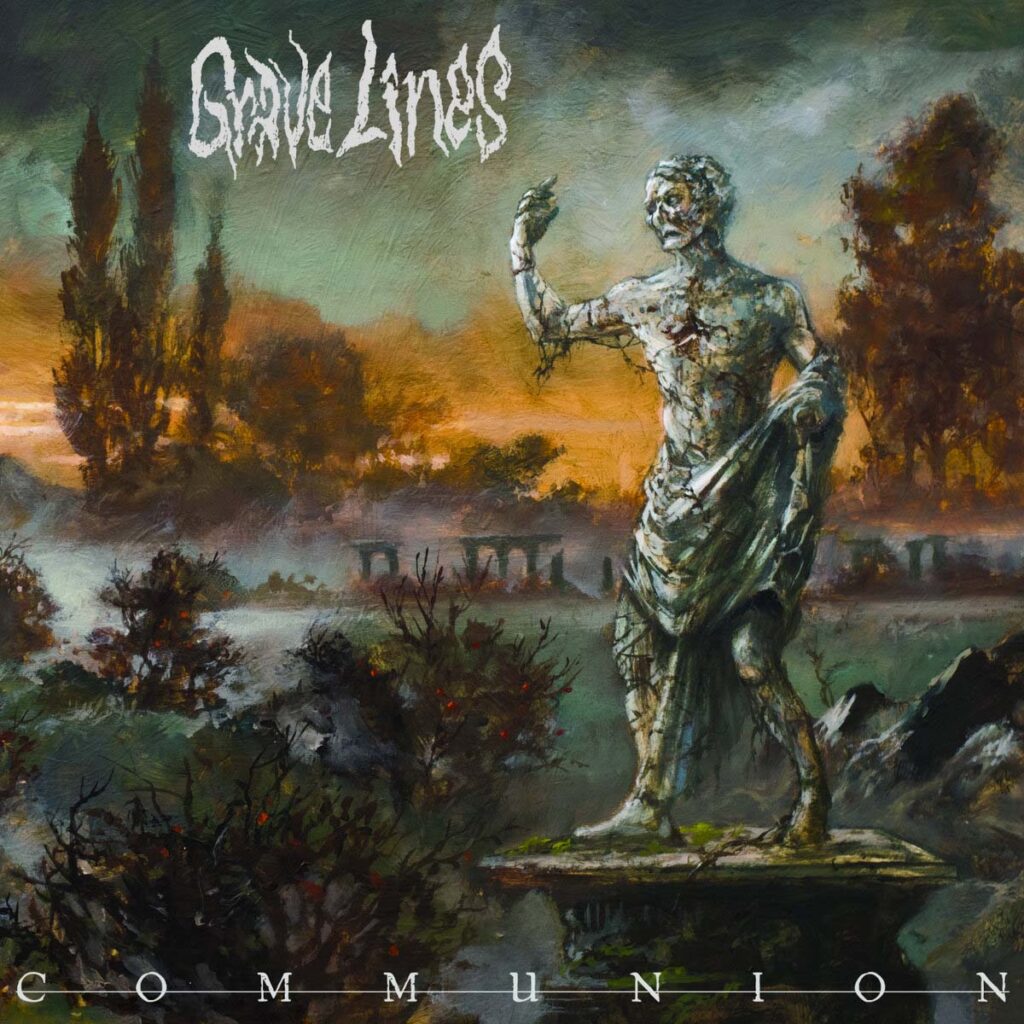 Listen to the first single »Carcini« below!

Produced by Andy Hawkins at the Nave Studio, Leeds.

Courtesy of For The Lost PR:

Two albums in and London’s Grave Lines, purveyors of ‘heavy gloom’ have already carved a unique niche in the myriad spheres of heavy music. Their first album »Welcome To Nothing« set the tone for their distinct take on doom metal, which was broadened even further with album two »Fed Into The Nihilist Engine«. An epic feast of hard ‘n’ heavy riffs coupled with brooding sadness interspersed with thoughtful transcendent moments of introspection.

Never a band to rely solely on trotting out those ‘doom metal’ tropes, the band began to weave in gothic and experimental elements into their music, to delve deeper into the dark shadows of the psyche.

Now with their third album »Communion« Grave Lines continue their exploration into the ugliness of the human condition, at the same time becoming a band that truly defies any pigeonhole.

Continuing to hone and evolve their collective vision and aided by the masterful production of Andy Hawkins at The Nave Studios, »Communion« sees Grave Lines creep further into the various corners of their sound. 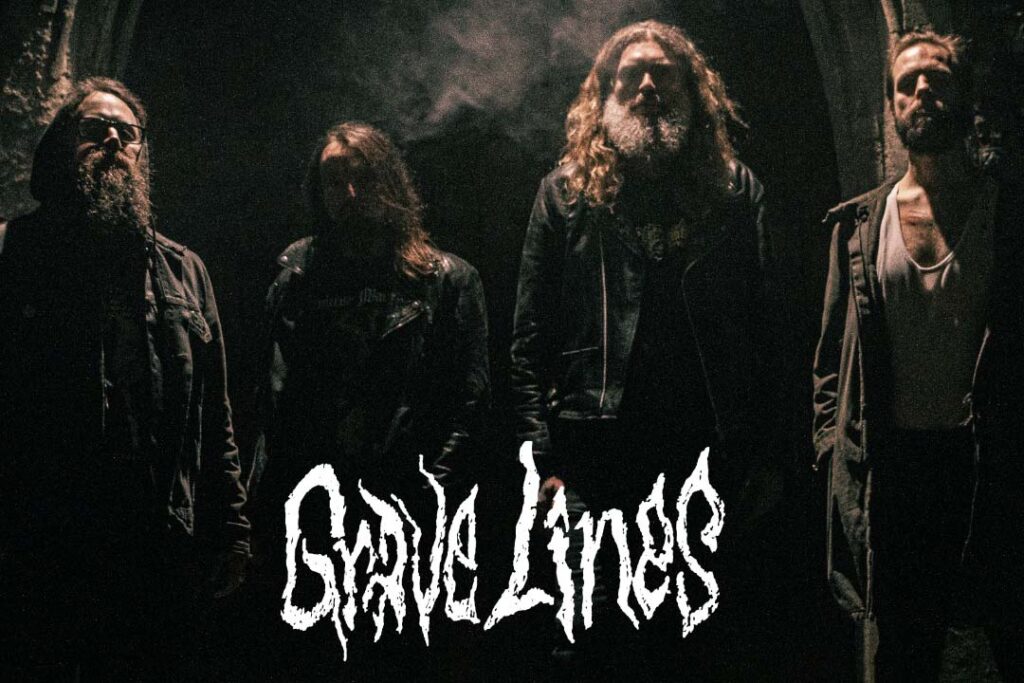 In a nutshell »Communion« is a violent descent of bile-soaked intensity spiralling between filth laden swagger, and fragile mournful lament. The album delves into the internal aloneness of existence and the failings of the human connection.

Owing as much to Bauhaus and Killing Joke as it does to Black Sabbath or Neurosis, there are moments of gut wrenching doomed up heaviness and bellowing noise rock, contrasting with ambient gothic passages and a thoughtful melancholy, to a create a powerful new chapter in their ceaseless journey through the gloom.

The seven tracks act as distinctly separate representations of the album, each individually mirroring the remoteness of human consciousness.

Opening track »Gordian« doesn’t waste any time, a burst of feedback kicks you straight into a filthy low slung punked up stomp before the band switch mood to drop off into a doom abyss, singer Jake raging at the void. »Argyraphaga« continues the pummelling groove, gradually descending into nihilistic sludge.

In direct contrast the sprawling atmosphere of »Lyceanid« travels through the darkness. Jake’s vocals harnessing the spirits of Scott Walker and Mark Lanegan in equal measure. The rest of the band (on top form throughout) focus the dynamics over eleven enthralling minutes, as the song builds and builds to a towering crescendo before finishing with a plaintive acoustic coda. 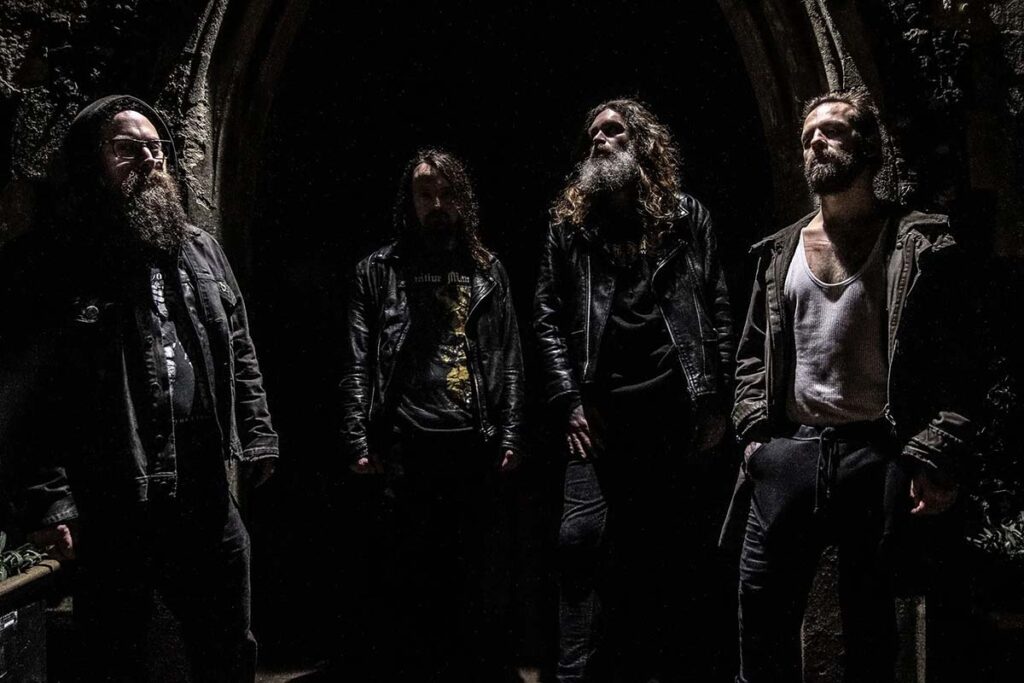 This is pure Grave Lines’. An immersive blend of darkness and light.

»Tachinid« is a violent palette cleanser, harsh industrial synths astride a hateful droning spoken word sermon. »Carcini« is soaring melancholic doom, with the band at their most melodic whilst still able to crush the listener.

Grave Lines’ fusion of elements makes them one of the most powerful and mesmerising bands inhabiting the heavy music world at the moment, and with »Communion« they have crafted an album that encapsulates their distinctive dynamic perfectly.

»Communion« will be released on July 15th (New Heavy Sounds), and comes in deluxe black and white smoke effect vinyl, housed in a full colour single sleeve with download included. Also available on CD and on all digital platforms.