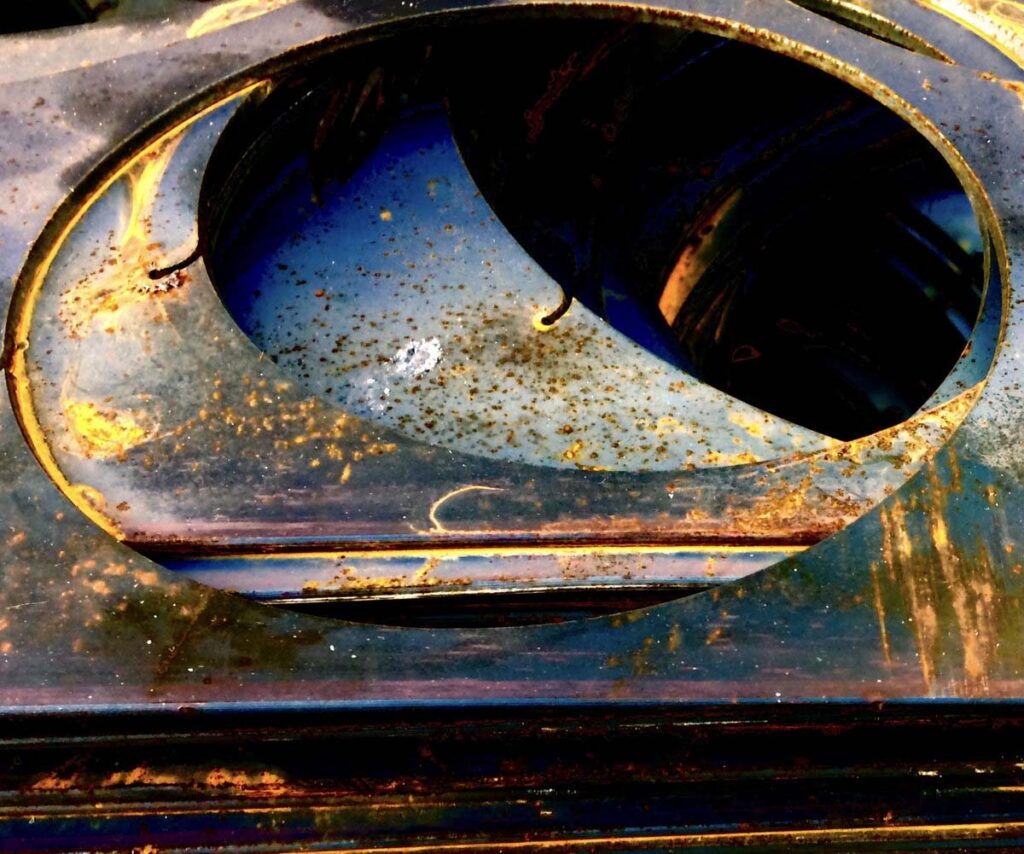 Two Americans and a Russian meet in a former tank factory beneath Budapest. What happens next? Come and See Collapse as Creation.

At a certain point, old methods and old forms no longer function or apply. All things must adapt and evolve. Art’s purpose is to challenge the individual with new perspectives, new possibilities. To stimulate thought and discourse. To open up avenues of innovation.

With our band, Chinese Rolex, we reached the point where continuing as before was not an option. Songs. Structure. Band. The familiar concepts and solutions were no longer tenable. We embraced collapse. Chaos and dissonance ensued. To the outside observer it would look and sound like insanity. However, we realized the necessity of breaking things down to the elemental level. In a way, we became like children again. Discovering instruments and sound for the first time before a duality of judgement sets in.

Over time and through processes of erosion and accretion we reached a firmament. New forms emerged around clusters of notes and rhythmic patterns. These evolved into themes and then further on into harmonic structures and movements. We retained spontaneity within the composition, with themes remaining multi-configurable and fluid until the moment of capture.

The songs are linked conceptually by the lyrics. These concern the emergence of a transformational figure. This individual may be living or may yet be unborn. Who knows?
It could even be you.