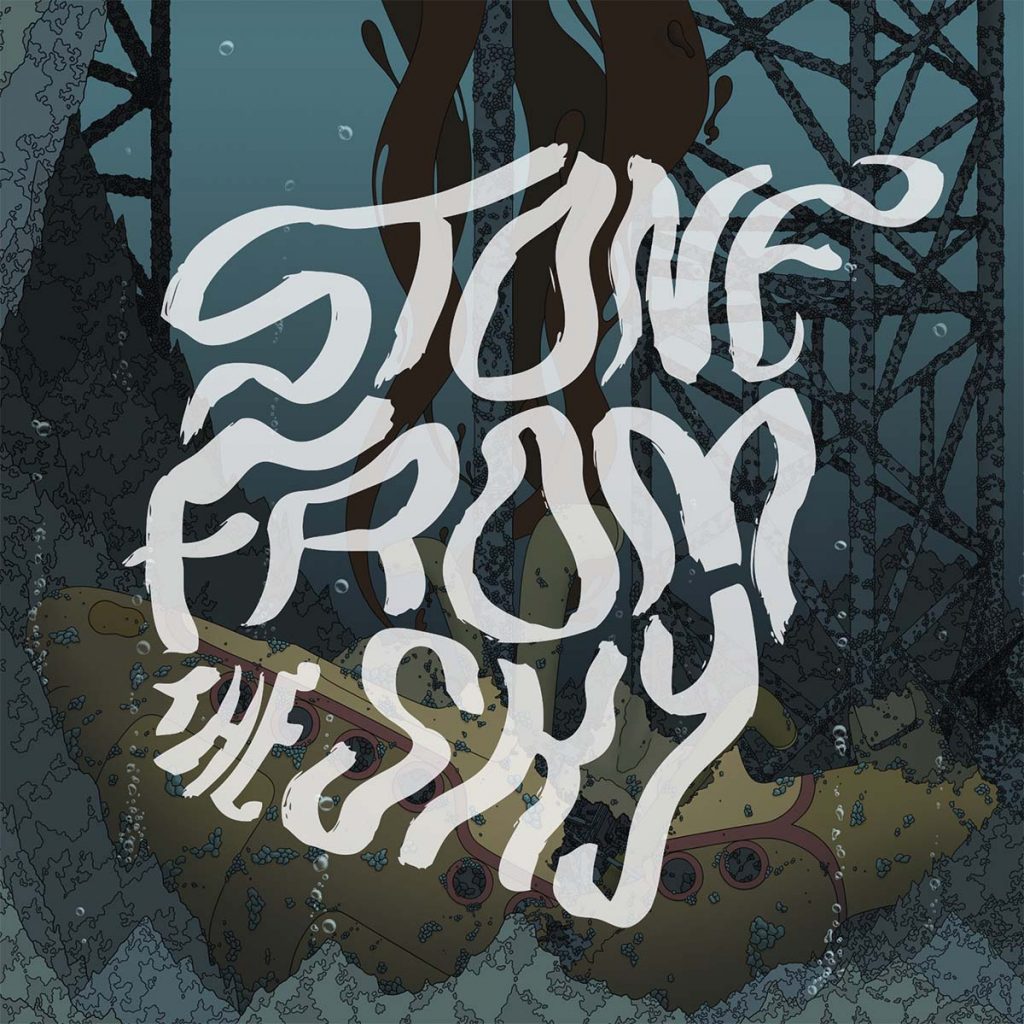 Le Mans, France based instrumental stoner rock trio Stone From The Sky has released the new single »Le Squinfus« taken from their upcoming album, »Songs From The Deepwater«, which will be released on November 5th, 2021 via More Fuzz Records.

»Le Squinfus« is available now on all major streaming platforms.

Stone From The Sky has released a new single »Le Squinfus« last Friday!

This single is an extract from their new album »Songs From The Deepwater« to be released on November 5th on More Fuzz Records.

»Le Squinfus« is one of the heaviest tracks from the album and is really representing the new era of the power fuzz trio. The band reverses its formula to directly set the world on fire revealing different atmospheres making this song a hybrid between stoner and post-rock. 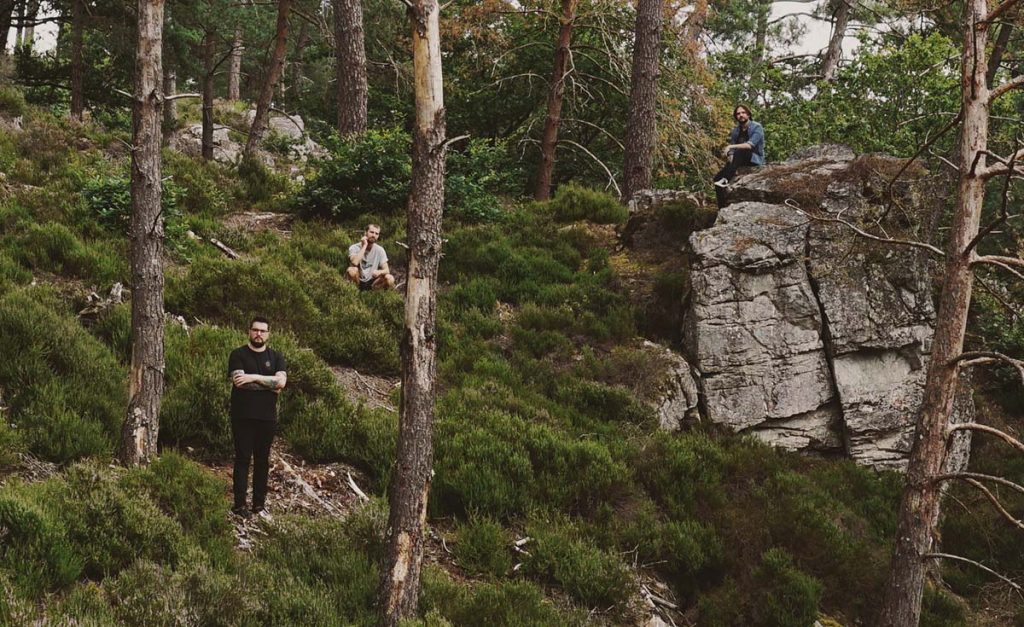 About Stone From The Sky:

Stone From The Sky is a French instrumental stoner band which managed to build itself a strong reputation on the heavy psych & stoner French and European scene thanks to gigs in Germany, Belgium, Netherlands, UK or Czech Republic.

Among their influences, we can mention All Them Witches, The Ocean or the French screamo band Mort Mort Mort. Those different references make the band’s strength, who is able to offer us an evolution with each new album.

About the new album »Songs From The Deepwater«:

The band is pursuing its transformation and keeps breaking the rules of traditional stoner rock. This new album is still loyal to the band’s artistic identity but drags us into a darkest and more aggressive atmosphere. 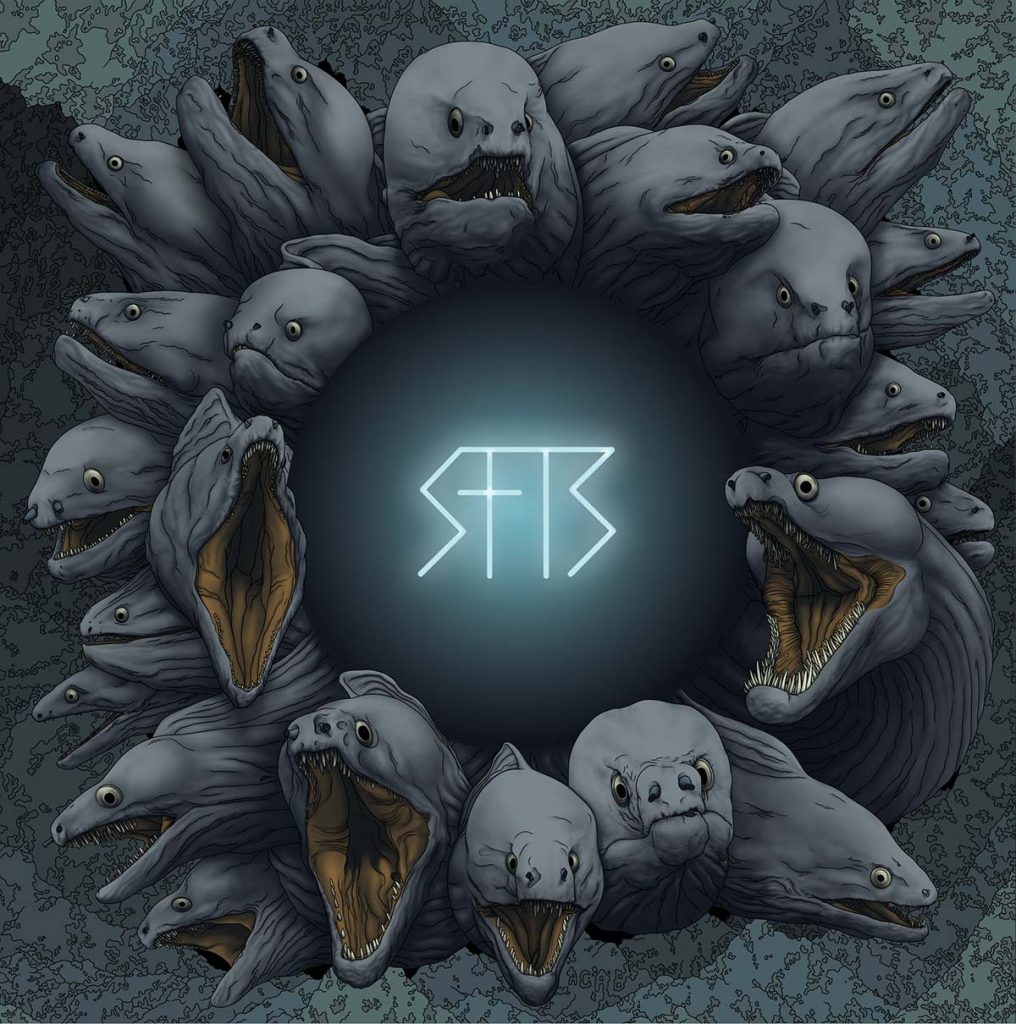 Recorded in April 2021 by Jordan Jupin at La Grange Studio.
Mixed by Jordan Jupin.
Mastered by Mikey Allred (All Them Witches) at Dark Art Audio.
Artwork by Michaël Rahmani.

Pre-orders for the records, CDs, and T-shirts:
https://morefuzz.net/shop-category/stone-from-the-sky/