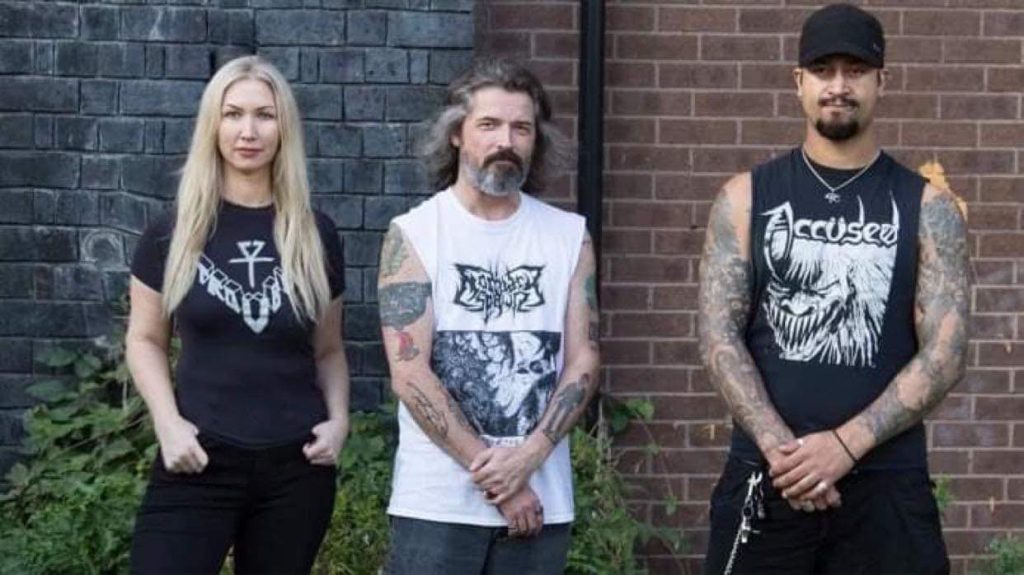 Says the band: “Well, I’ve had to keep this quiet for a while! But now… Please welcome into the Shed our new drummer Scott Naylor!

Scott also plays with Reign Of Erebus & Iron Void and has a really heavy flight case!”

Emerging from the shadows after more than 25 years in the sonic wilderness, former Cathedral members Adam Lehan and Mark Wharton have returned as Workshed. This is the sound of doom metal legends, reborn in fire and fury.

Formed in 2014, this renewed musical collaboration has already grown into something monstrous. Workshed’s self-titled debut album is simply the most ferociously pissed off metal record of the year: a relentless onslaught of scything riffs, verbal vitriol and oppressive aggression that proves beyond doubt that guitarist/vocalist Lehan and drummer Wharton have lost none of their creative bite or mutual chemistry. In reality, however, Workshed’s beginnings were as unassuming as they come.

“I just had a few riffs that I’d never done anything with, and I’d gotten back in touch with Mark and we just thought it would be fun to start playing again, to see if we could still do it!” Adam laughs. “There were no ambitions or anything more than having a blast. That was about five years ago and here we are. Bloody hell!”

Recorded at Orgone Studios in Bedfordshire with esteemed producer Jaime “Gomez” Arellano, Workshed may be the result of two friends making a racket together for the sheer hell of it, but there is nothing half-hearted about these monolithic slabs of virulent hate-doom. Both redolent of all the great doom and sludge heroes of the past and thrillingly fresh and inventive, songs like rampaging opener »The Windowpanes At The Lexington« and the pulverising »Nowhere To Go« sound very much like the finished, riff-worshipping article.