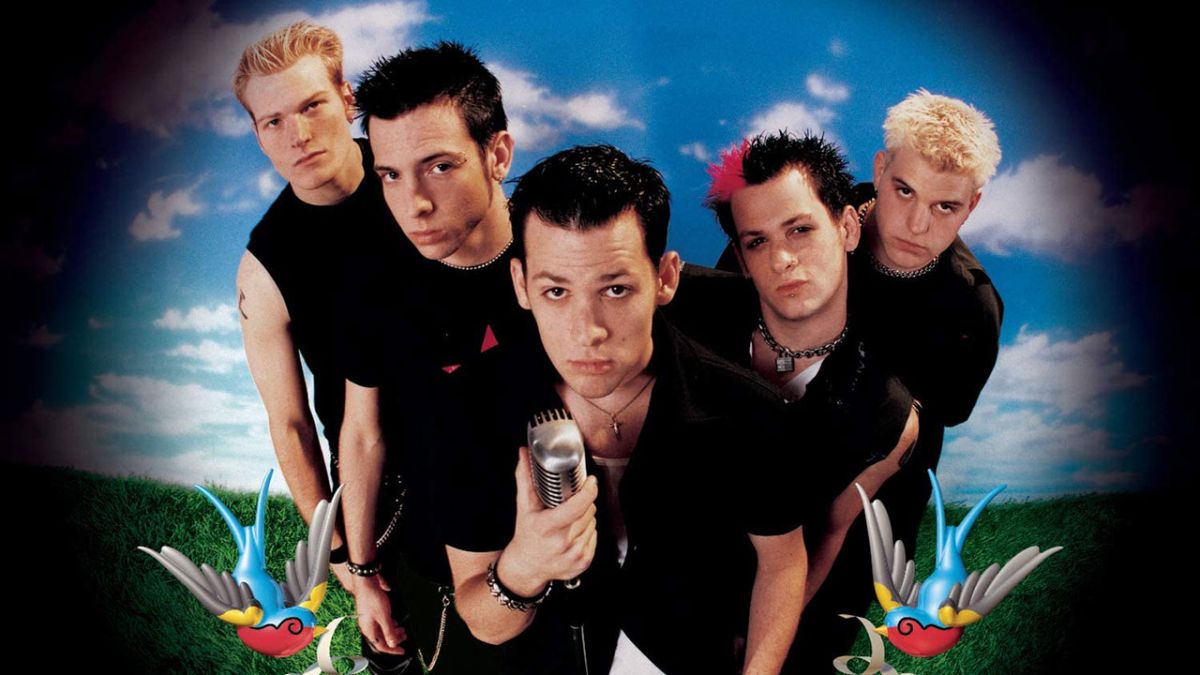 In the year 2000, pop punk was at a tipping point. The biggest bands associated with the scene, like Blink-182, The Offspring and Bloodhound Gang, shared one quality: their insincerity.

Their music, while fun, was at its best tongue-in-cheek and, at its worst, misogynistic and cruel. Veiled in layers of self-deprecating irony and comedy, songs like Bloodhound Gang’s The Bad Touch and Blink’s What’s My Age Again dominated alternative radio, putting a distance between who the artist actually was and the words that they sang. Joking about sex, women, and their own immaturity was the norm. With a few years to go before emo infiltrated pop-punk’s mainstream, feelings just weren’t part of the equation.

It wasn’t the ideal environment for Good Charlotte to drop their debut: a self-titled album full of wistful, sincere songs about their dreams and their past. They did it anyway.

Good Charlotte, formed by twin brothers Joel and Benji Madden in 1996, was a band built entirely on sincerity in an era that rejected it. Their origin story is well-trodden: after their dad left, the pair lived with their single mother in abject poverty along with their two siblings. Motivated solely by a love of music and of getting out, they formed a band in their early 20s with friends, and hustled until they forced their way onto the radar of music execs, getting signed by major label Epic Records in 2000. Their debut, Good Charlotte, was released that same year.

I found Good Charlotte at just the right time in my life – aged 11 and living an origin story not dissimilar to the band’s own. Its first song and single, Little Things, dedicates the song (and the album) to, among other things, everyone who’s “ever been called a freak”. It’s a little on the nose, but it sets the band alongside their fans. It’s also a lighter interpretation of the genuine hurdles they’ve had to overcome: bullying, their mother breaking down, their father leaving. Its intention is clear: to make fans feel less alone.

Second track WaldorfWorldwide, however, is nothing short of brave. In a dorky, quasi-rap, Joel Madden lays out the things that they want: a little house, to get off welfare, and ultimately, to be successful. They make a bold promise: that they’ll “be self-made millionaires”. These are things that alternative musicians rarely admit they desire, but they’re also a pretty big ask on your debut. Hearing someone lay out so blatantly that they wanted those things despite their roots taught me that it was OK to want more than I’d been given.

In 2007, for their remix album The Greatest Remixes, Good Charlotte reworked WaldorfWorldwide into new track, Los Angeles Worldwide, listing not just what they wanted but how much they had achieved. Just seven years on, they sing: “self-made millionaires we promised you”. It’s not bragging. It’s pride.

At a time when sincerity was a faux pas in alternative music, Good Charlotte made it their brand. I was a painfully sincere tween with a big heart and huge dreams and I was made to feel ashamed of how much I truly loved the things I loved, or how much I wanted the things that I wanted. Good Charlotte taught me to desire openly, but more than that, they taught me that the only way to get anywhere was to be open-hearted and honest and to work and love harder than anyone else.

Good Charlotte is far from a perfect album, and it’s often overlooked in the Good Charlotte canon, despite being the foundation of their story. Reviews at the time were mixed. One praised its “crosscurrents of anger and optimism” while another called it “shameless”. When sales didn’t meet the label’s expectations, the band almost lost everything. Speaking to Rock Sound in 2018, Joel said: “we came this close to being dropped after the first album didn’t sell like the label expected, but our fans stood by us, and Sony decided to give us another shot.”

What they did achieve with Good Charlotte, if not critical acclaim or sales, was more important in the long run. They laid the foundation of an incredibly successful career and an ever-growing fanbase, and they did it all by being deeply uncool. I owe them that.

In hindsight, Good Charlotte shows that the brothers have what they have now because they never considered giving up. On Festival Song, Madden sings of the rebuttals he’s already encountered regarding their decision to pursue music: “you can say I’ll never be a millionaire/tell me this guitar won’t get me anywhere”. But their hope is weaved through the album, and it’s infectious.

At a time when pop punk artists pushed their way onto MTV2 singing about boobs, bitches and pranks, Good Charlotte dropped a dorky, referential album where they proclaimed their love of everything from their hometown to their mom. The album’s strongest track, Motivation Proclamation, is a direct antithesis to the energy of pop punk, an ode to laziness and depression that still sees the band coming out on the side of positivity.

Good Charlotte caught a lot of flack for “selling out”, partly because critics perceived their 2002 anthem Lifestyles Of The Rich And Famous to be a critique of making money, rather than what it was – a critique of celebrity culture and the free passes dealt to those within it. They addressed those criticisms on The Young And The Hopeless and I Just Wanna Live, but they never changed their approach.

Now, in 2020, Benji and Joel sit at the helm of MDDN, a management company wherein they work with young artists, guiding them through the industry. Selling out isn’t about making money, it’s about your values. Good Charlotte’s goal has always been to be as successful as possible without hurting anyone or losing touch with who they are. So what have they sold out?

Speaking retrospectively about their debut in 2016, Joel Madden described it as “raw”, citing “the hope, the vibe and the spirit of that hopefulness,” present on the album. As we head into month another of a crushing, hopeless global situation, I’m not embarrassed to admit that I need Good Charlotte and its uncool, positive energy more now than I did even as a teenager. That honesty and kindness, that vulnerability, is a survival mechanism all in itself, and knowing that the band got everything they wished and worked for without letting our cynical world change who they are is an eternal comfort.

Good Charlotte made space for sincerity in a genre that was sorely lacking it, and 20 years on, the Maddens are still fighting that same battle behind the scenes.

Louder – Good Charlotte: the album that taught pop-punk how to give a sh*t
Author:
Go to Source
September 25, 2020

When performance exceeds ambition, the overlap is called success.