In recent years, we’ve seen Dark Horse release Mike Mignola’s Hellboy comics in trade paperback, and now as an extra collectible treat for readers and their bookshelves, they’re bringing together all four of the Hellboy trade paperback omnibuses in one boxed set featuring new slipcase art by Mignola and colorist Dave Stewart.

Dark Horse will release the Hellboy Omnibus Collection Boxed Set in comic shops on September 29th and in bookstores on October 12th.

In addition to the new boxed set, Dark Horse has also announced an Artist Line Art Edition of the Hellboy: His Life and Times Fine Art Print, with pre-orders available through April 1st at 5:00pm PST.

Below, we have the official press release and a look at both the Hellboy Omnibus Collection Boxed Set and the Hellboy: His Life and Times Fine Art Print Artist Line Art Edition. Keep an eye on Dark Horse Comics for additional details on other upcoming releases!

Also, be sure to visit Kickstarter for information on the new documentary Mike Mignola: Drawing Monsters, and check out our recent Q&A with Mignola!

Press Release: (March 25, 2021) In 1994 Mike Mignola released the first Hellboy series, Seed of Destruction, and introduced the world to the Right Hand of Doom, the Bureau for Paranormal Research and Defense, and one of the most iconic comic book characters—and universes—of all time. This fall Dark Horse Comics will publish the HELLBOY OMNIBUS COLLECTION BOXED SET, available in a specially designed box set for the first time and featuring all-new slipcase art by Mignola and award-winning colorist Dave Stewart. The HELLBOY OMNIBUS COLLECTION BOXED SET features all four Hellboy series TPB omnibuses (Seed of Destruction; Strange Places; The Wild Hunt; and Hellboy in Hell), which were previously available only as individual volumes. The boxed set is 6-5/8 x 10-3/16 and contains 1600 pages of stories. The HELLBOY OMNIBUS COLLECTION BOXED SET will retail for $99.96, and will be available in comic shops on September 29 and in bookstores on October 12, just in time for Halloween.

Due to incredible fan response, Dark Horse Direct is also offering the HELLBOY: HIS LIFE AND TIMES Artist Line Art Edition of the sold out HELLBOY: HIS LIFE AND TIMES Fine Art Print. Printed in a “rich” 4-color black with total print dimensions of 24” x 18”, pre-orders will be open only from now through April 1st at 5pm PST. This limited-edition item will be printed to orders placed, never to be reproduced, making it a true collector’s piece.

“HELLBOY: HIS LIFE AND TIMES Artist Line Art Edition takes you on a visual journey, capturing some of the most memorable moments from Seed of Destruction through Hellboy in Hell,” said Melissa Lomax, Dark Horse Direct Director of eCommerce. “This is a perfect display piece for any Hellboy fan’s collection, and will only be available from Dark Horse Direct. Because of the expected demand for the print, we’re capping orders at two per person.” The HELLBOY: HIS LIFE AND TIMES fine art print is expected to ship to customers by May 2021.

Reading Dracula at age twelve introduced Mike Mignola to folklore and Victorian supernatural literature, from which he has still never recovered. He began working as a comic book artist in 1982, working for both Marvel and DC Comics before creating Hellboy, published by Dark Horse Comics in 1994. What began as a single comic book series would eventually expand to a “Hellboy Universe” of related graphic novels, prose novels, short story anthologies, and both animated and live action films. He also wrote and drew The Amazing Screw-On Head and Other Curious Objects. He has co-written novels with Christopher Golden (Baltimore, or, The Steadfast Tin Soldier and the Vampire) and Thomas Sniegoski (Grim Death and Bill The Electrocuted Criminal), worked with Francis Ford Coppola on Bram Stoker’s Dracula, was a production designer on Disney’s Atlantis: The Lost Empire, and worked as a visual consultant to Guillermo Del Toro on “Blade II,” “Hellboy” and “Hellboy II: The Golden Army.”  A new Hellboy film directed by Neil Marshall was released in April of 2019. Mike’s comics and graphic novels have earned numerous awards and are published in a great many countries. He lives in Southern California with his wife and a very demanding cat. 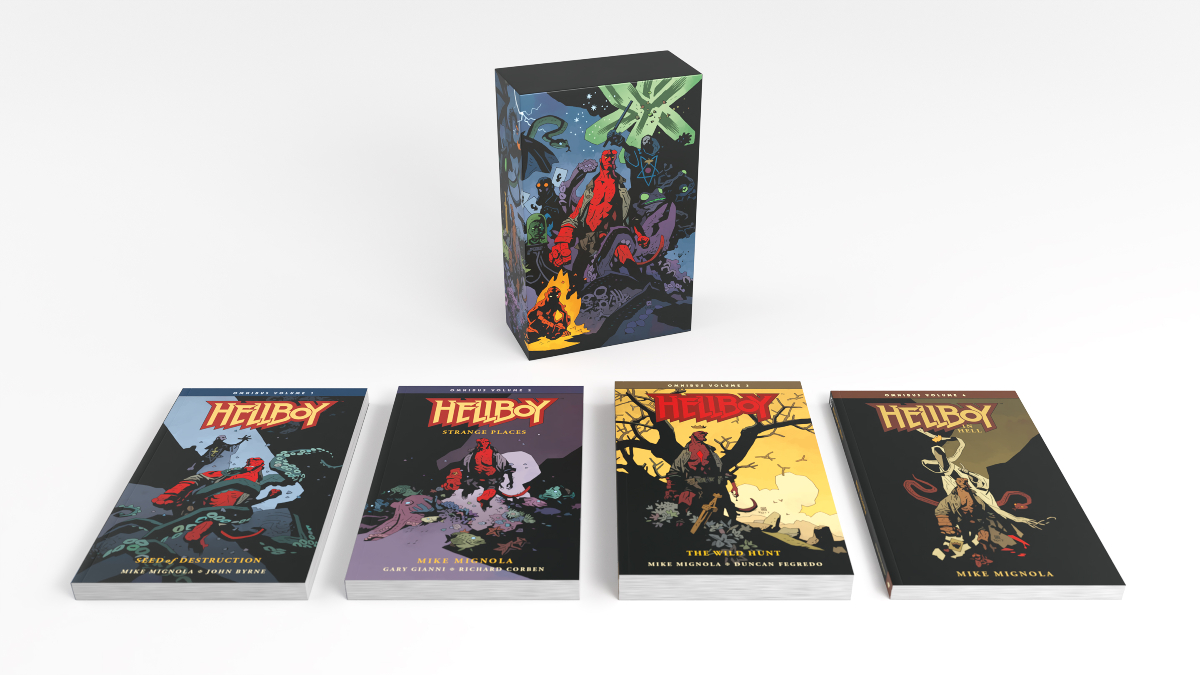 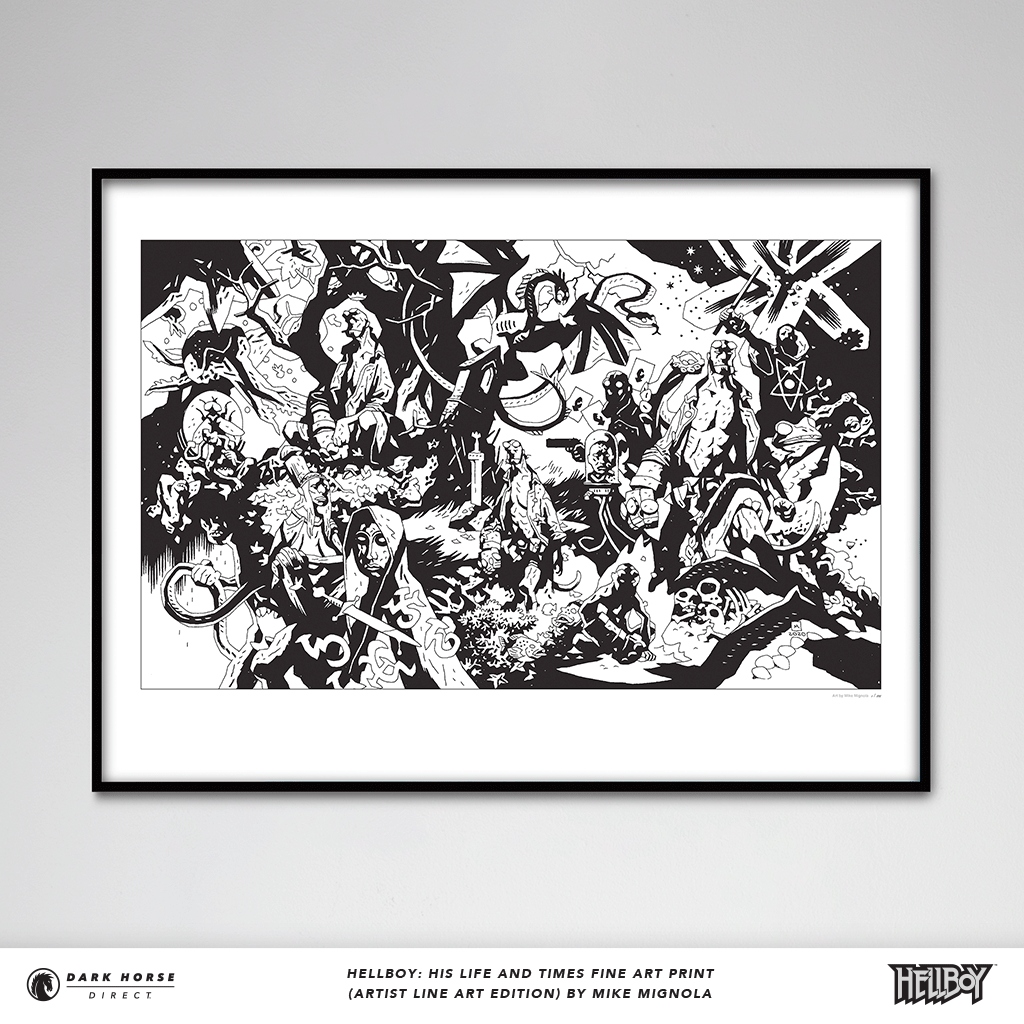 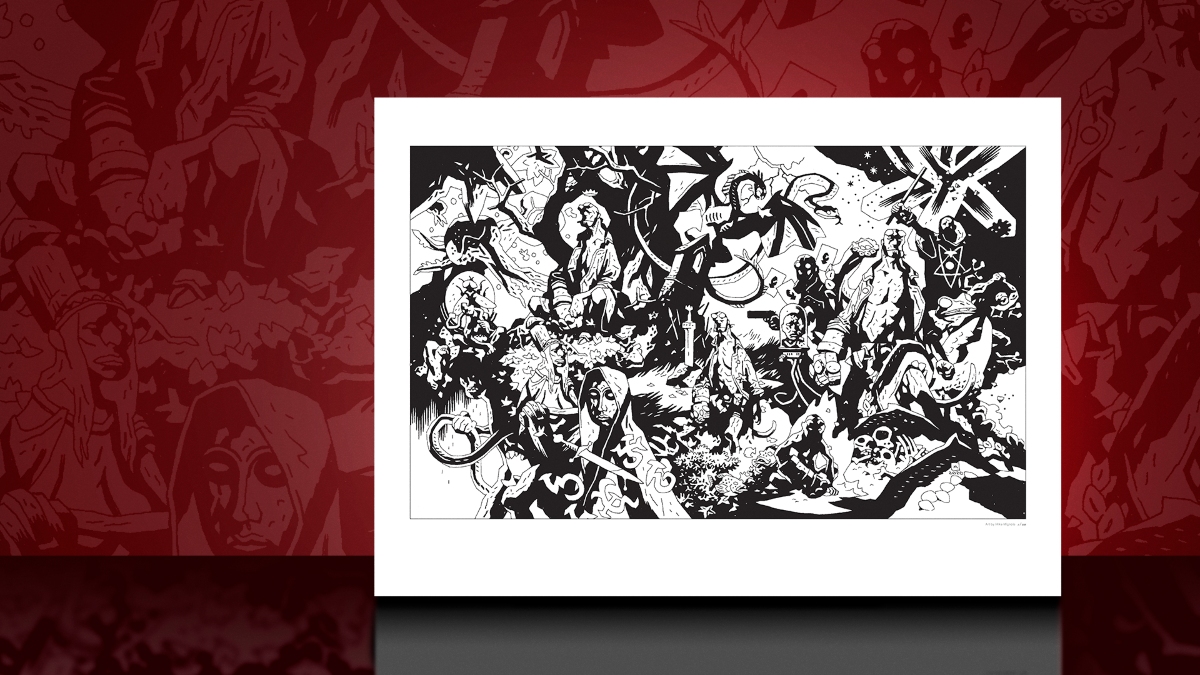