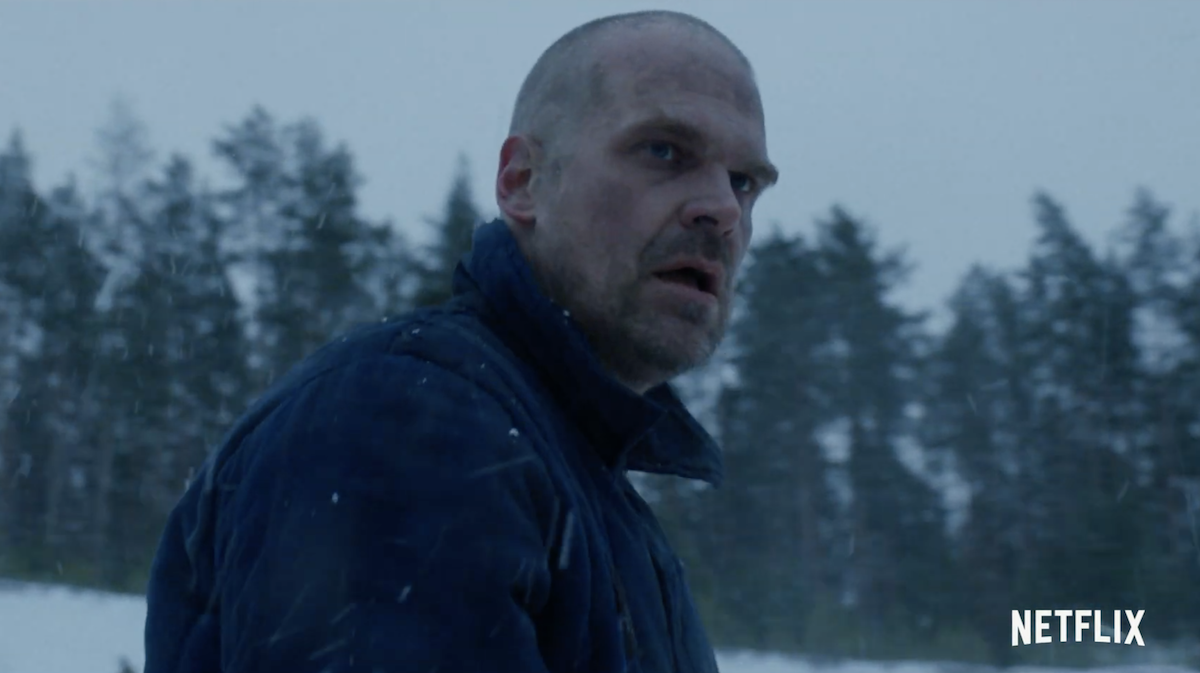 It appeared that David Harbour‘s troubled “Stranger Things” character Chief Hopper was killed following the events of the third season, but as suspected, The Duffer Brothers have already confirmed his survival for the forthcoming “Stranger Things 4”.

Netflix has released the first teaser trailer, “From Russia”, which shows a handful of prisoners working on a railway. The camera pushes in to reveal Harbour’s Jim Hopper alive and well.

“We’re excited to officially confirm that production on ‘Stranger Things 4’ is now underway — and even more excited to announce the return of Hopper!” The Duffer Brothers said in a statement which reveals the season’s first details. “Although it’s not all good news for our ‘American’; he is imprisoned far from home in the snowy wasteland of Kamchatka, where he will face dangers both human…and other.

“Meanwhile, back in the states, a new horror is beginning to surface, something long buried, something that connects everything….”

“Season 4 is shaping up to be the biggest and most frightening season yet, and we cannot wait for everyone to see more. In the meantime — pray for the American.”

The teaser is sent from Russia with love…