Cursed Films, the documentary series from Jay Cheel, has been part of the Shudder lineup for months now, but now the five-part project that dives into the stories behind a variety of movies including The Omen, The Exorcist, The Crow, The Twilight Zone: The Movie, and Poltergeist, is headed home today on both Blu-ray and DVD, courtesy of the fine folks at RLJE Films.

Daily Dead had the opportunity to catch up with Cheel recently and during our interview, he discussed how Cursed Films came together at Shudder as well as his experiences during the interview process for the series, the controversy surrounding the tragic deaths on Twilight Zone: The Movie, and more.

First of all, congratulations on season two. Getting to come back, that has got to be a really good feeling for you, I’m sure.

Jay Cheel: Yeah, it’s great. We had so much fun making the first one, so we’re excited to get back out and have an excuse to talk to a bunch of filmmakers that we love about films we love. It’s going to be great.

Jay Cheel: Well, the series was brought to me by Shudder and I basically pitched them on what my take on the series would be. But I think part of the reason it was brought to me is because of a short film I had done before Cursed Films called Twisted. I’m from the Niagara region, just south of Toronto, and our local drive-in theater, there’s this urban legend that’s been around for years here about our driving theater being hit by a tornado in the ’90s while the movie Twister was playing.

Everyone talks about how the funnel cloud ripped through the screen while the movie was playing on the screen, and it’s the sort of thing where everybody knew someone who was there when it happened. So I made a short film looking at that event and breaking down what people said they saw versus what the people who were working that night say happened.

So, just the idea of memory and how memories change over time, and as you start to embellish a story, it starts to take a different form. And so that was almost like an unexpected proof of concept for Cursed Films. Obviously, because of the approach of taking an urban legend and then digging a little deeper into it and looking at our own fascination with it and what it says about us, but also just that connection to legends that are connected to us, to films, which is, as a horror fan and a film fan, something I’ve always been aware of and interested in for sure.

Jay Cheel: Definitely. In terms of the stories connected to the films, I would say The Omen is the one where there are just so many of them and they are so strange. When you hear people connected to the film, just talking about them in order, the sheer number of weird things that took place, even if you’re a skeptic, makes you think there’s something going on there.

But also, it makes me think, like the short film I did, that these stories are coming from Richard Donner, who’s a master storyteller. So of course, when he’s 40-plus years into telling these stories about these crazy incidents, he’s shaped them into the most entertaining version or engaging version of retelling those tales. So, as much as I am caught off guard by how many of them there are, and really pulled into this idea of something potentially being cursed, I’m also thinking Richard Donner, he’s a great storyteller, and this is another example of it.

But in terms of my surprise, I think it was more about the intense and raw emotion that came from some of the interviews and how much some people opened up and were trusting in us to tell their stories in an honest way, and with that in mind, just gave us these amazing interviews, where they talked about things and dealt with things that they haven’t discussed in quite some time.

I think that is one thing that I left feeling quite good about is allowing them to discuss their feelings about what happened on these sets and the legends that sprung out from them in a very open way that didn’t feel that we had some agenda where they had to shape their stories to fit this narrative of something being supernaturally cursed. If they felt like it was, great. If they feel like that’s all bullshit, then that’s great, too, because we wanted them to express that. So, by the end of the series, it was not a surprise, but it was a bit shocking to the extent of how emotional things got and how the arc of the series just gets increasingly real, I guess.

With the tragedy of The Twilight Zone movie, I was just curious, had John Landis agreed to come on and speak with you? Were you prepared to have that discussion? Because I think that would have been an intimidating scenario to be in the middle of myself.

Jay Cheel: Yeah, I didn’t go to the extent of making a list of questions or anything, which I usually don’t do anyway. All of these interviews in the documentaries that I’ve made are usually in a really casual, conversational mode. I think for me, that’s the best way to get results is to just allow the interview to be this intimate space where we can have a conversation. We keep our crews very small with like three people, and I have this extremely dull monotone voice that just lulls people in and puts them into a trance.

So I think with John Landis, I would have just allowed him to say what he felt like he needed to say. Clearly, I think he’s done talking about what happened, so it doesn’t surprise me that we didn’t get a response from his agents after they told me to write a letter with my request. But I would have just let him say what he felt he needed to say, and maybe just express a little bit of how I felt about the situation to see what his response might have been. But I’m guessing I probably wouldn’t have brought anything to the table that he either hasn’t heard before, or hasn’t dealt with internally since.

I think the perspective of Richard Sawyer is in itself a unique one, just to have this person that was not only affected emotionally, but professionally by this accident, and allow him the chance to just have a voice, because usually it would be John Landis that people would want to hear from.

That was another interesting thing with the series, is hearing from some of the behind-the-scenes people who were more involved with some of these tragedies. Like Lance [Anderson], he was the person responsible for Brandon Lee’s makeup, so he had a very close relationship with Brandon. It feels like he might be more of an interesting person to speak to than Alex Proyas even, just to get a different perspective. So yeah, it would’ve been great to sit down with him, but I totally understand why that didn’t happen.

My inclination is to ask you what you have in store for season two, but I’m sure you have to keep that under wraps. So, I’m going to ask a geeky question. Are you allowed to tell us what the movie is that got cursed during the Omen episode? Because I’ve been wondering this for months now, and I’m really fascinated by whether or not it worked. 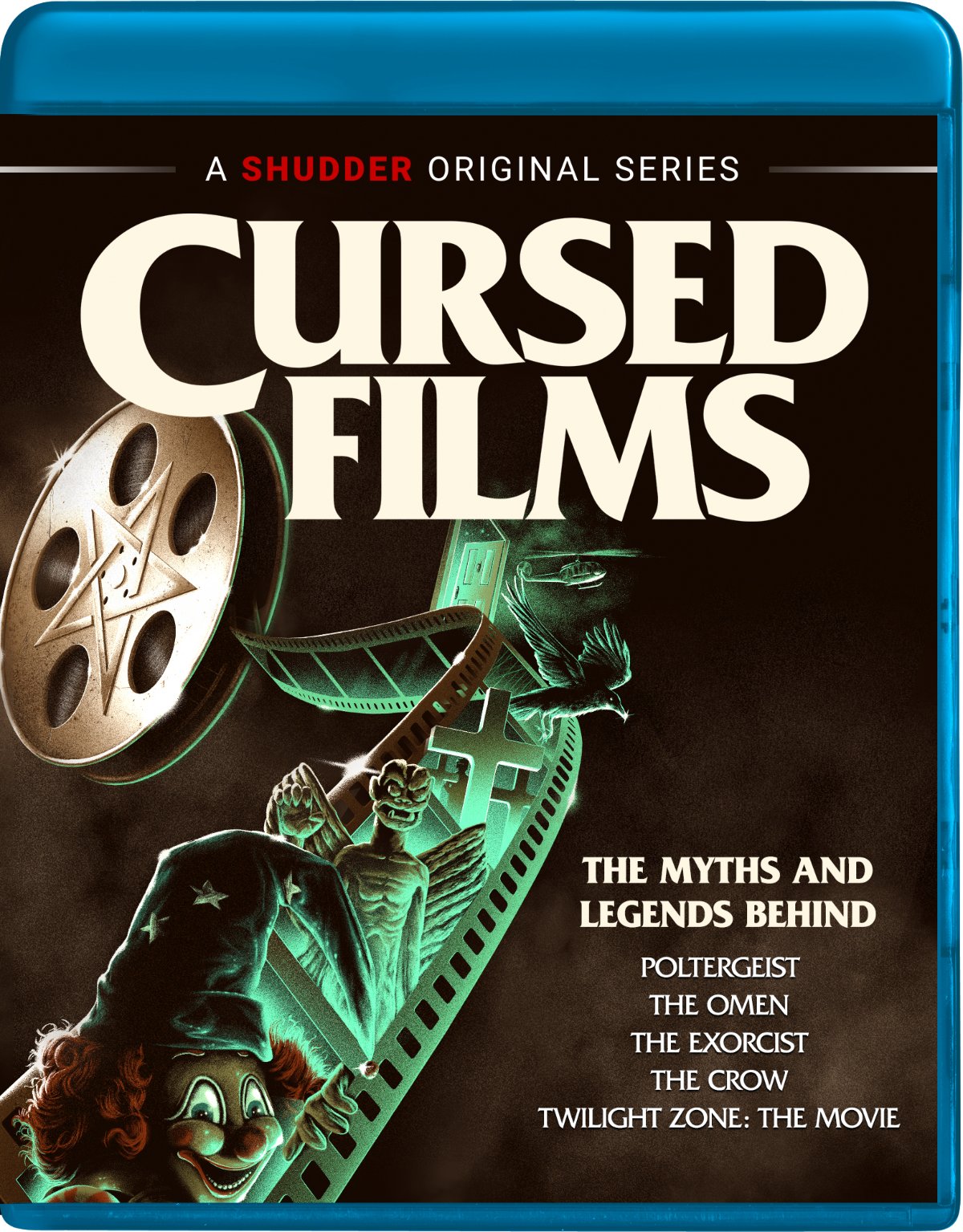 All our knowledge has its origins in our perceptions.