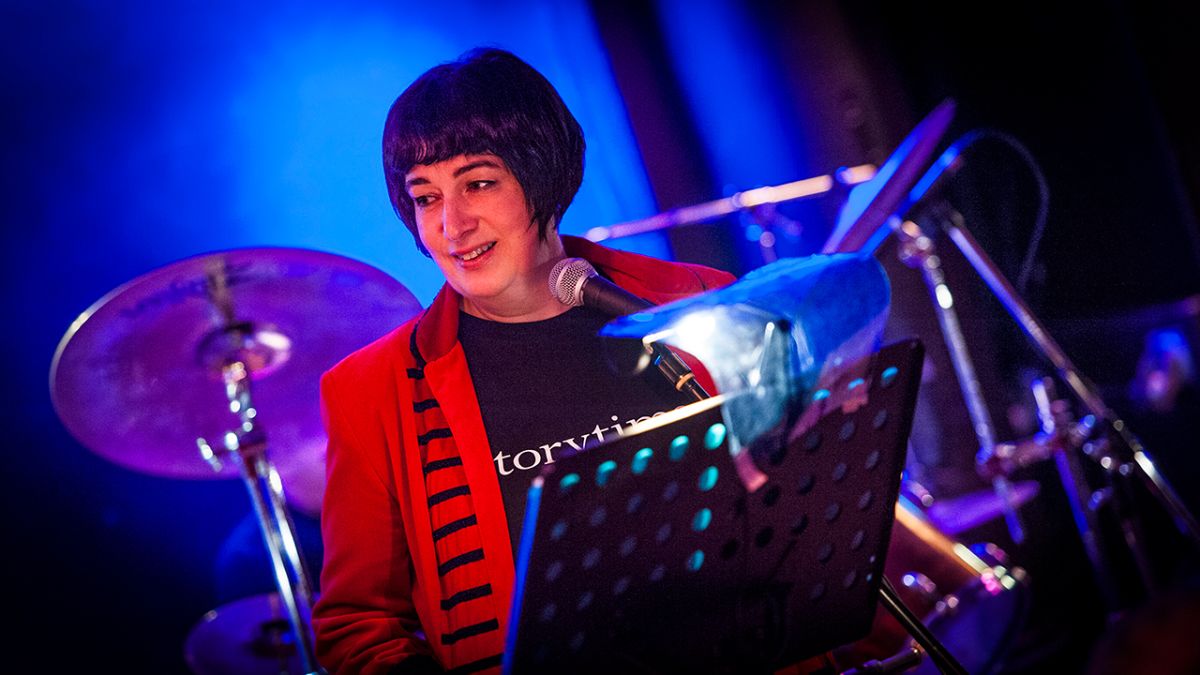 Joanne Harris and the Storytime Band have announced they will perform a London. show with the John Hackett Band at the Ravenscourt Art on February 11.

The Storytime Band are the Chocolat author’s prog-leaning musical project, described as “a kind of musical storytelling show , combining original music, songs, images and stories as part of an exploration of different forms of narrative.”

“The Storytime Band and I are really excited to be playing alongside the John Hackett Band (whose drummer, Duncan Parsons, has recently joined us on bass),” Harris tells Prog. “I’m a huge admirer of John’s flute playing (as a fellow-flautist, it’s actually a little intimidating to be sharing a stage with him, but we’re very different in style, so I’m hoping no-one will make the comparison!).

“The concept of telling stories within the context of progressive music isn’t new, but as far as I know we’re the only band doing something quite like this: extending the possibilities of storytelling through different kinds of media, via spoken word, original music, theatre and with a prog sensibility. Think Jackanory, with drums. And Mellotron. And flute.”

You can get Joanne Harris and the Storytime Band’s 2019 album A Pocketful Of Crows here.

Get tickets (opens in new tab).