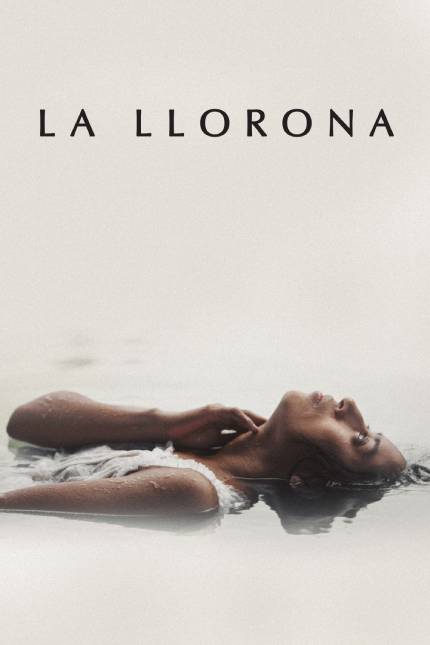 While there was one nominee for Golden Globe Awards for Best Motion Picture, Foreign Language that raised many eyebrows and elicited protests about that decision we can all agree that the inclusion of Jayro Bustamante’s award winning horror drama, La Llorona, was one of the bright points that day.

If you still don’t know what all the fuss is about RLJE Films is releasing La Llorona on Digital HD on March 2nd. It has been playing on AMC Network’s streaming service Shudder (Why aren’t you signed up already?!?) for a while now and now it is time for it’s partner RLJE to get it out to the rest of you.

You can check out the trailer down below. Also, our own Mel Valetin caught the film when it played at Sundance last year. Find his full review here but here are the final paragraphs of that review…

Bustamente repurposes and recontextualizes the “La Llorona” legend (ghostly woman who kidnaps small children to replace her own, drowned children) to explore Guatemala’s unresolved, unreconciled past. Alma stands-in for both the indigenous population and their brutal exploitation, suppression, and oppression under successive Spanish colonialist regimes and/or governments.

Her presence in Enrique’s home serves as a quiet reminder of Enrique’s war crimes, but also as the virtual, figurative, and literal personification of the “return of the repressed.” Bustamente ultimately offers a hopeful vision for Guatemala, however, one where both the exploited indigenous population and their colonialist oppressors find common ground in the belief in karmic/supernatural justice, if not in the manipulatable, fallible rule of law.

Keep an eye out for Jayro Bustamante’s dramatic horror La Llorona on March 2nd. It really is worth checking out.

LA LLORONA blends together the terror of both myth and reality into a devastating exposé of the genocidal atrocities against the Mayan community in Guatemala. Through a modern retelling of the classic Latin American legend, LA LLORONA forces a reckoning with not-so-distant crimes which should not have been forgotten. Following a premiere at the 2019 Venice Film Festival where the film won Best Film (Venice Days), LA LLORONA has had an impressive festival tour with appearances at TIFF, Sundance and BFI. The film is being celebrated as a true depiction of Latino culture.

In LA LLORONA, indignant retired general Enrique finally faces trial for the genocidal massacre of thousands of Mayans decades ago. As a horde of angry protestors threatens to invade their opulent home, the women of the house – his haute wife, conflicted daughter, and precocious granddaughter – weigh their responsibility to shield the erratic, senile Enrique against the devastating truths behind being publicly revealed and the increasing sense that a wrathful supernatural force is targeting them for his crimes. Meanwhile, much of the family’s domestic staff flees, leaving only loyal housekeeper Valeriana until a mysterious young indigenous maid arrives.

‘Slash Film: ‘To All the Boys’ Spin-Off Series Centering on Anna Cathcart’s Kitty in the Works at Netflix’

Paul W.S. Anderson’s ‘In the Lost Lands’ Brings Together Dave Bautista and Milla Jovovich For a Battle of Good vs. Evil