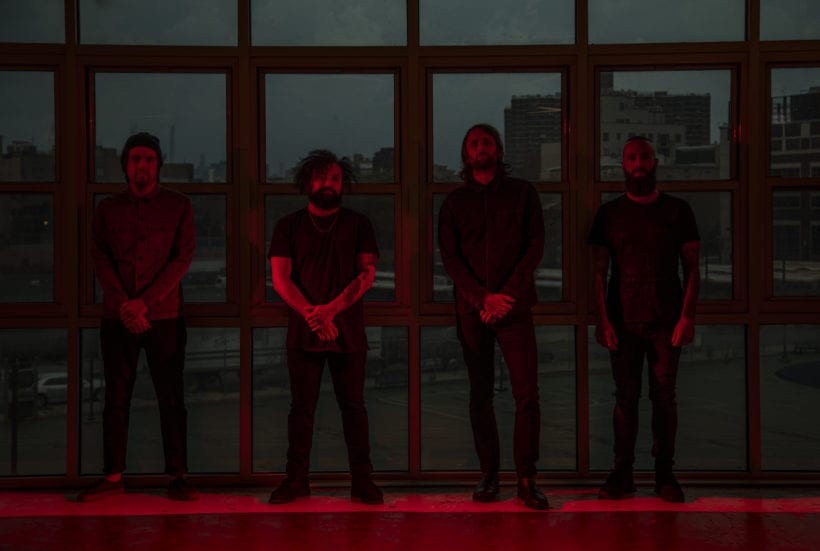 Burning Tongue premiere a new song and music video “Cult-De-Sac”, taken from their upcoming new album “Prisoners Cinema”. The record will be out in stores this October through Aqualamb Records.

“The song itself came from our own experiences growing up in idyllic northeastern suburbs where neighbors were mostly cordial but also nosey and two-faced. Everyone had a theory about this person or a complaint about that family…but to their face, everyone put on a big smile.

It was shot in the neighborhood that I grew up in. It’s one of those places that looks idyllic and every house is cookie-cutter but isn’t really a community. Growing up there everyone kinda talked shit or complained about each other. Unlike the movies, no one is bringing you a Jello cake to welcome you. It’s all just a facade. Even as a kid I could sense this ‘paranoia’ amongst the neighbors…even for the banal shit.

In a serendipitous twist, the filming of the music video proved this point. We filmed a few shots in the street and in the car that raised eyebrows amongst the neighbors. You’d see them standing outside in these socially distanced gatherings and as you would drive by they would eye us with suspicion. You’d find out later that they were asking other neighbors about what was going on with ‘the guy in the robe’ and the car they didn’t recognize. Meanwhile, I grew up in this neighborhood and in many cases had been there longer than any of them. People have this tendency to put all these different pieces together and we make up a story about someone that bears no resemblance to the truth.

On the other side of that coin, you would find out years later that ‘Oh yeah…that guy down the street who played with your kids…he ran a prostitution ring.’ Or the friendly neighborhood cop who did D.A.R.E in your school but eventually brutally murders four guys during a drug deal AND THEN becomes Jeffrey Epstein’s cellmate. How much do we actually know about our neighbors? How many secrets are hidden underneath perfectly manicured lawns? Especially in places where those who have money and power live, like the suburbs of New York City. DARE officer story is true, by the way…“