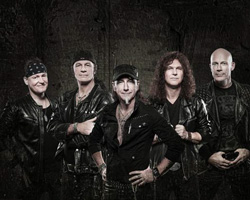 Arizona thrash metal legends Flotsam And Jetsam has announced that they have been forced to pull out of their scheduled tour supporting German heavy metal icons Accept. A statement from the band reads as follows:

“Due to circumstances beyond out control, we unfortunately find it necessary to withdraw from the Accept “Too Mean To Die” tour. Many factors have weighed into this decision. We wish our friends in Accept and Phil Campbell And The Bastard Sons much success on the upcoming tour, and we hope to see all our fans in Europe as soon as possible.”

The tour dates for the Accept/Phil Campbell And The Bastard Sons tour are as follows:

MetalUnderground.com – Metal Underground – Flotsam And Jetsam Pulls Out Of Accept Tour Due To “Many Factors”
Author: Ollie Hynes (aka Diamond Oz)
Go to Source
October 13, 2021

Ozzy Osbourne says that worshipping Satan protected him from Covid-19