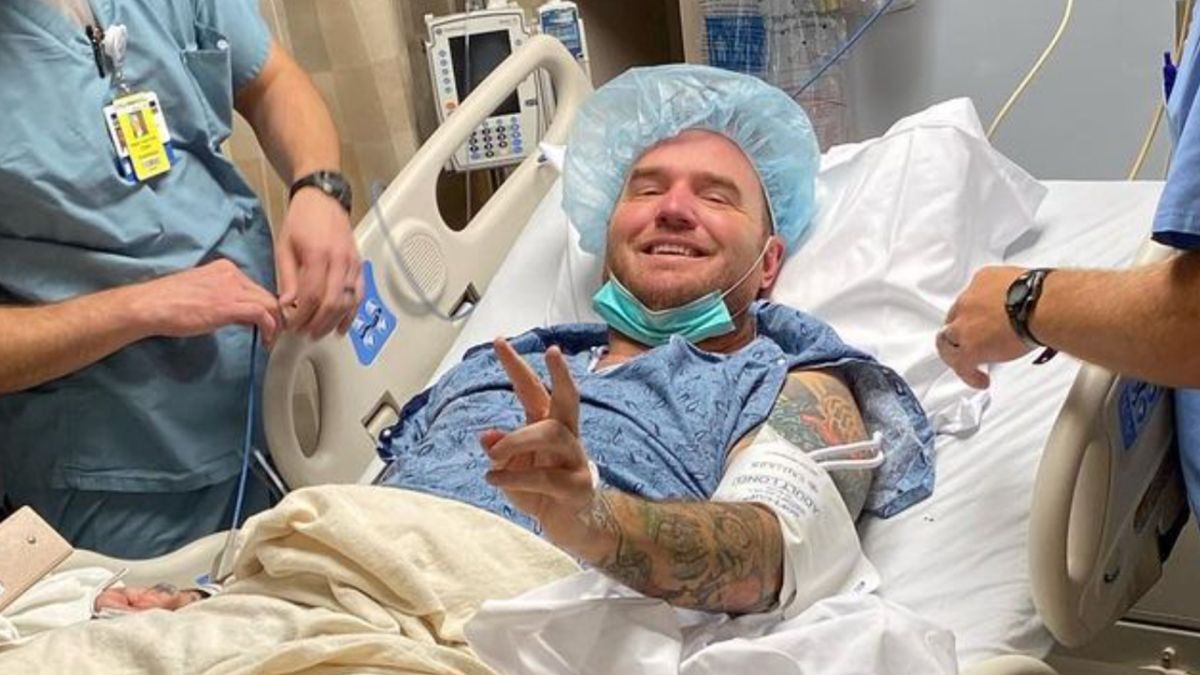 New Found Glory guitarist Chad Gilbert has revealed that he has undergone a six-hour operation to remove a tumour from his spine.

This is not the first time the guitarist has been diagnosed with cancer.

Last December, Gilbert spent two weeks in hospital to have surgery to remove a rare tumour called a pheochromocytoma. After surgeons removed “half a liver, a gallbladder, and one adrenal gland”, Gilbert revealed he was “cancer free” the following month.

But this summer, he was diagnosed with a tumour on his spine and “tiny nodules on his lungs” and was due to begin radiation treatment on September 12. However, doctors discovered the tumour had started growing aggressively which led to surgery to remove it entirely.

In an Instagram post, Chad wrote: “Another unexpected turn of events. I was supposed to start radiation on Monday for the small amount of Pheochromocytoma left in my T-12 Vertebrae! A few days before that I started having the worst hip pain! Excruciating. So bad I couldn’t sit longer than 10 minutes or sleep longer than 2 hours at a time because of the pain. I was standing up all night for several days. Awful. Was having to watch TV standing up.

“So on Tuesday I went to the hospital for an MRI of my hip! Good news: my hip was fine. Bad news: the tumor in my spine started growing again in the wrong direction and got aggressive very quickly. So by noon yesterday I was in surgery again! It lasted 6 hours this time and they removed the rest of my T-12 vertebrae! I now have a fake vertebrae! Good news is we cut out the entire tumor now! That whole bastard got the boot! So the cancer in my spine is gone! We will still hit it with light radiation just to be thorough for any microscopic invisible ones. But this battle has been won. No more tumor. And I continue to turn into Robochad.  #pheochromocytoma @pheopara“

We wish Chad a speedy recovery.