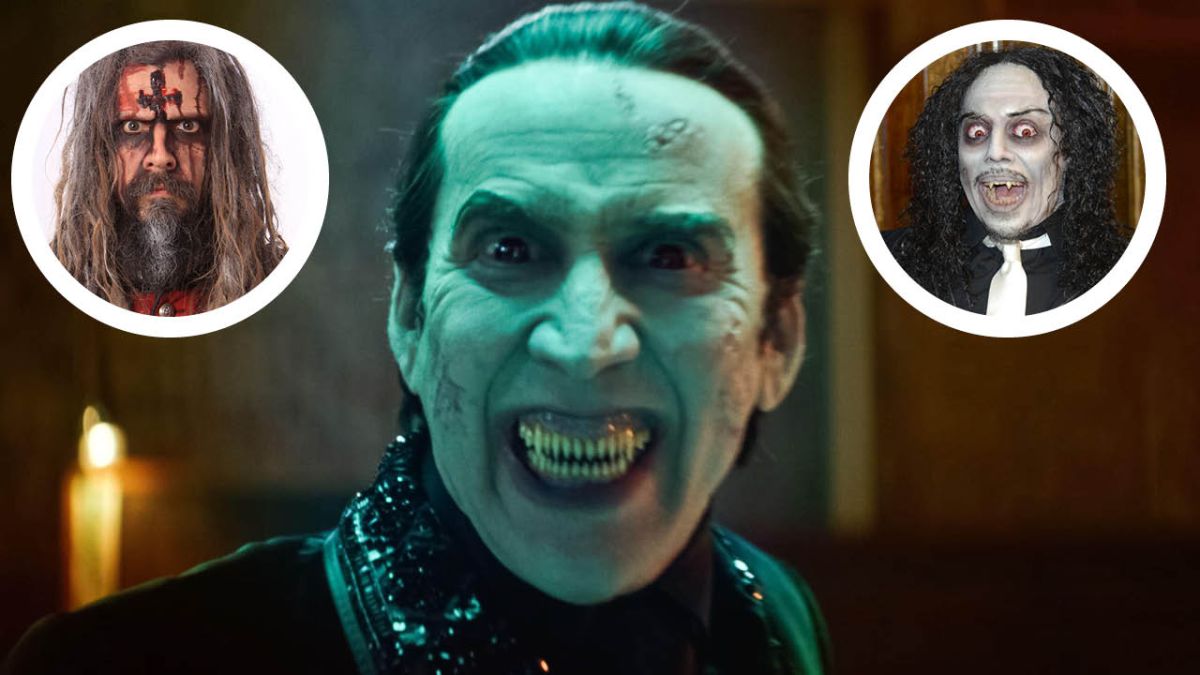 Is there a modern actor better suited to playing Count Dracula than Nicolas Cage? The star of Con Air, The Rock and 2018’s blood-drenched bad-trip horror Mandy is set to follow in the pointy footsteps of Bela Lugosi, Christopher Lee and Gary Oldman by bringing his larger-than-life approach and goth-adjacent sensibilities to the role of the Prince Of Darkness – that’s Dracula, not Ozzy Osbourne – in upcoming comedy Renfield.

Cage certainly knows his FW Murnau from his George Romero when it comes to horror. In an interview with Metal Hammer in 2018, the actor revealed that not only did he regularly hold horror movie nights with his friend, the former Ramones guitarist Jonny Ramone, but that Rob Zombie, Metallica’s Kirk Hammett, Pearl Jam singer Eddie Vedder and Tom Waits were all part of a circle of “horror movie and music fans”.

“We were very close because we had interests in horror films,” Cage told Hammer of his friendship with Ramone. “Johnny was a huge horror fan and would come over to my house and look at the great old horror comic books and posters I had. I would go over to his house and he would play me a very extensive video collection of horror that he had collected over the years. Rob [Zombie] was a friend of Johnny’s and he brought Rob into my life, so he and I became friends. So we had this connection with horror and music.

“My friends were Tom Waits and Kirk Hammett from Metallica,” he continued. “So I brought them to the table and Johnny brought in Eddie Vedder from Pearl Jam. We all became friends together, this circle of horror movie fans and music fans. That was a great time. It was a lot like the old French salons, where we were talking art, film and music.”

In the same interview, the actor revealed his appreciation of black metal after being introduced to the genre by his musician son Weston.

“Weston got me into the black metal music that is so popular in Norway,” said Cage. “Black metal is something that gets a pretty bad rap, because of the church burnings [in the early 90s] and so on, but the music itself came from classical music.

“Weston was listening to bands like Dimmu Borgir and I thought the singers were outstanding, and the music was classically influenced – I think that’s the root of metal, which is interesting enough in itself as it springs from Bach, Wagner and Beethoven. You can’t say that about so many forms of music, as so much of it came from gospel and African music. I think there’s something to be said for that.”

Whether his appearance as Dracula in Renfield finds Cage channelling Dimmu’s Puritanical Euphoric Misanthropia remains to be seen, though a recent interview with Los Angeles Times (opens in new tab) saw the actor flagged up his goth credentials, revealing that he owns a pet crow named Hoogan.

“When I leave the room, he’ll say, ‘Bye,’ and then go, ‘Ass’,” said Cage. “Crows are very intelligent. And I like their appearance, the Edgar Allan Poe aspect. I like the goth element. I am a goth.”

Renfield opens in the UK on April 14.

Phil Labonte on Rock Music’s Current Lack of Rebellion: “I Think That Musicians Have Had Less to Rage Against”