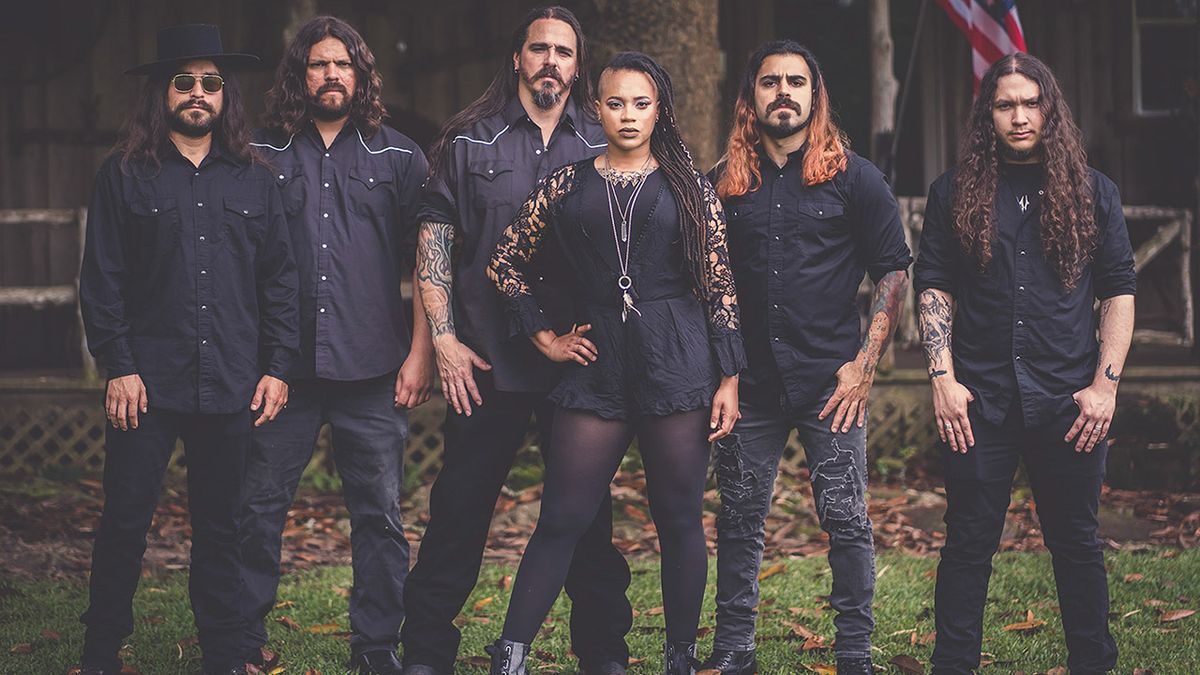 US prog metallers Oceans Of Slumber have released a new video for To The Sea (A Tolling of the Bells). The song is taken from the band’s upcoming, self-titled album through Century Media on September 4.

“This is a song about love and catastrophic loss,” the band say. “And living with that loss. Continuing on because of community. Because of purpose. A purpose to fulfil that loss which you suffered in other people. To enrich your surroundings.  Losing someone so close that it shakes the very foundation of your existence. Loving someone despite that consequence.”

To The Sea (A Tolling of the Bells) is Oceans Of Slumber’s forth track from the new album. The band have previously released videos for The Adorned Fathomless Creation, A Return To The Earth Below and a cover of Billie Holliday’s Strange Fruit.

The striking cover artwork for the album was created by Giannis Nakos, with vocalist Cammie Gilbert saying: “We’d like to thank Giannis for the beautiful artwork that captures not only our imagination, but the depths and darkness of the story the album holds within.

“While there’s plenty more to come, we must be patient for the full album that’s set to release September 4.

Oceans Of Slumber is now available to pre-order on standard CD, gatefold 2LP/CD and on digital and streaming platforms.

Louder – Oceans Of Slumber release video for To The Sea (A Tolling of the Bells)
Author:
Go to Source
August 22, 2020

Goals are the fuel in the furnace of achievement.