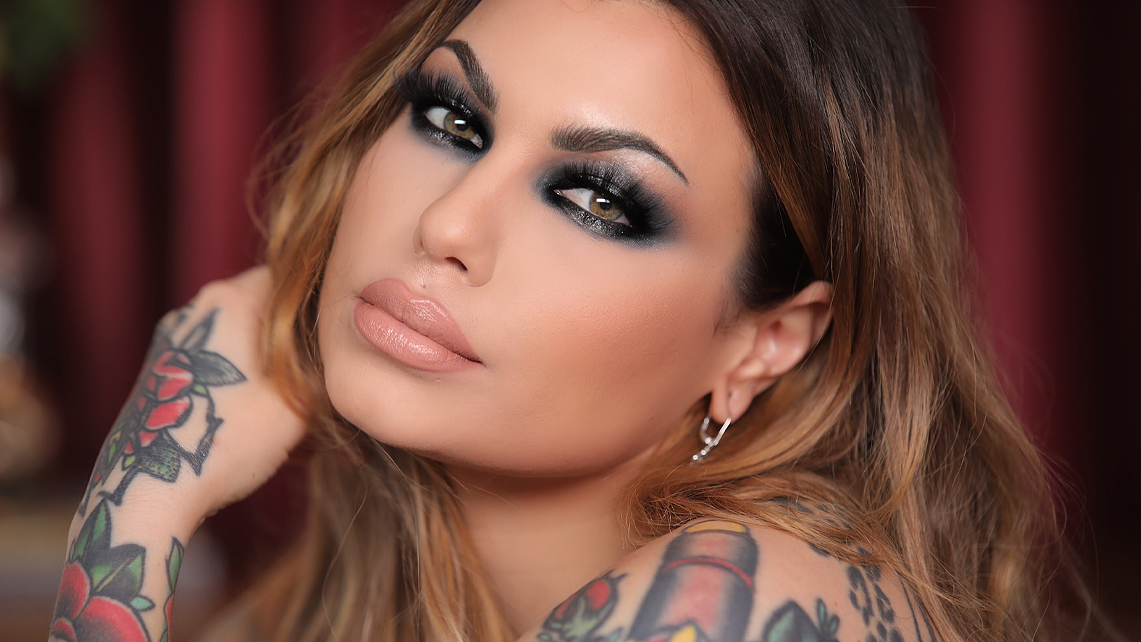 With the explosive popularity of true crime podcasts and YouTube shows such as Serial, My Favorite Murder, and Crime Junkie – it’s launched a new avenue of entertainment in recent years for those who seek out dark tales of serial killers, murderers, sudden disappearances and more.

On this new episode of Bloody Disgusting’s Boo Crew Podcast, the amazingly gifted makeup artist and creator opens up about her wildly popular YouTube channel show Murder, Mystery and Makeup. It has gained the attention of millions of faithful followers and subscribers from around the world who tune in every week to watch her apply her own makeup all the while recounting chilling accounts of true crime in great and compelling detail.

She reveals how she started her channel, some of the most compelling and disturbing cases she has discussed, fright flicks, the paranormal and so much more!

Horror and true crime tend to go together like a peanut butter and jelly sandwich. Bailey loves the films that crawl inside her head.

“I feel like the older I get, the more and more I steer away from the horror films – the slasher films. I go more towards the psychological thrillers. I like it when they mess with my mind. And I like a movie that leaves me like “What the f&#^ did I just watch?!” I love that. And I live for that! So I find myself more as a psychological thriller kind of girl.”

Every venture has a beginning. Bailey reflects on this unique fusion of makeup and murder storytelling she created and the case that started it all.

“When I was young I remember watching TV and the Jon Benet-Ramsey case was still going on, it just picked up. And I remember being fascinated by it. It was my first time understanding like ‘oh you can die as a kid’ – it’s not just something that happens when you get older. Like I didn’t think that could happen, so it was something like wait a minute. What is this? You can die when you’re young? But also my mom was a 9-1-1 dispatcher and she would take me to work with her. Which we laugh about it now, but at the time it probably wasn’t the best idea as I was 9 or 10 yrs old. But I would go and put on the headphones and sit with her and listen to her answer 9-1-1 calls. And it was just fascinating to me, sadly but – it was people are going through so much right now this very second and you’re just not aware of it and you’re so far removed from it. It was just really intriguing.”

When it comes to murders and the darkest of case files, you can’t help but think of people like Albert Fish, Charles Manson, Jeffrey Dahmer, Ed Gein, John Wayne Gacy, Ted Bundy or Richard Ramirez. All of them share the horrific, disturbing motus operandi of horrific crimes that are often unsettling to read about or listen to. But yet, more than ever, the world is fascinated by such stories.

“I think Ed Gein is usually the one that sticks out in my mind the most because he was SO extreme. And I feel like I haven’t come across a story similar to his at all. He was the one who was taking people’s skin and he created a whole costume, a full body costume out of people’s skin – he sewed it together. He also was making lamp shades, chairs, he was getting really crafty and I was like this is just something I cannot even compute. It’s just so far opposite of anything that we know in our day to day lives, you know? I just find it fascinating. How does ones brain get to that point? How does someone think this is the right thing to do to make this costume? Like cut up people’s skin and make it into something. I find that fascinating.”

For more with Bailey Sarian as she shares her thoughts on our obsession with true crime, the origins of Murder, Mystery & Makeup, compelling and disturbing cases she has shared with her viewers, fright flicks, the paranormal, her makeup palette collaborations and so much more – check out The Boo Crew Podcast Episode 163. Available now on Apple, Spotify and everywhere you get your podcasts!

‘Slash Film: ‘The Memory Police’: Reed Morano and Charlie Kaufman Unite for a Movie About the Struggle for Truth’