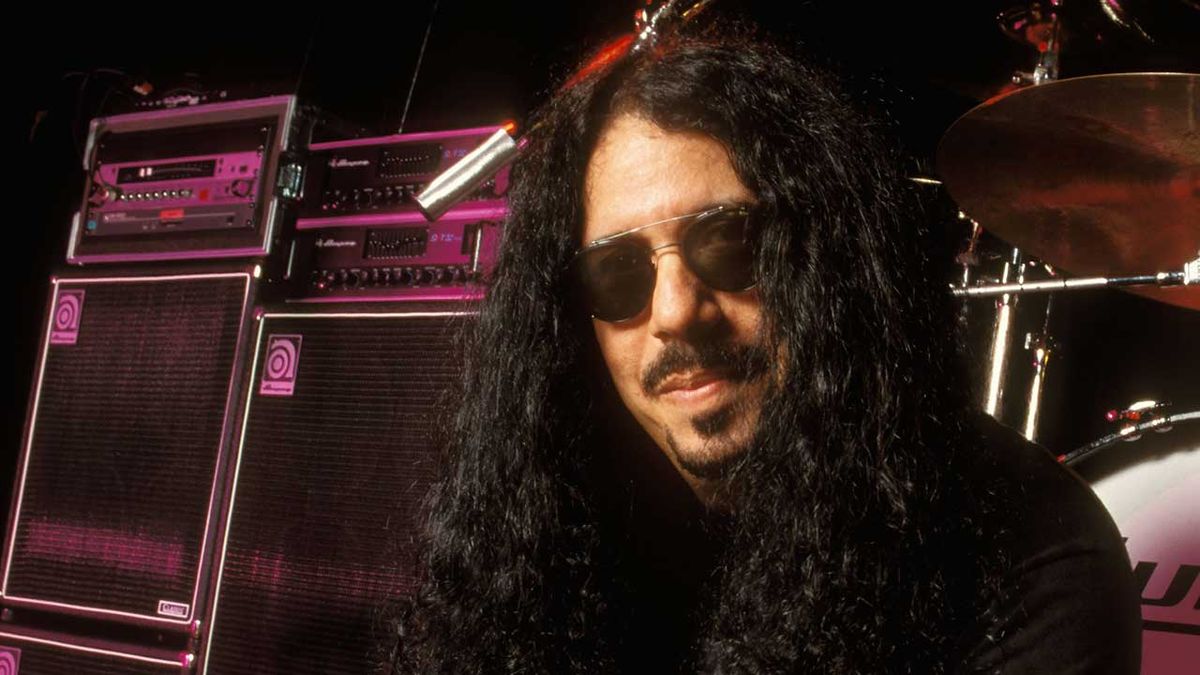 Quit Riot drummer Frankie Banali has died at the age of 68.

The news was confirmed in a statement from his widow, Regina Banali, who wrote, “He put up an inspiringly brave and courageous 16-month battle to the end and continued playing live as long as he could. Standard chemotherapy stopped working and a series of strokes made the continuation on a clinical trial impossible.

“He ultimately lost the fight at 7:18PM on August 20th in Los Angeles surrounded by his wife and daughter.”

Earlier this week Banali had been recuperating at home after suffering a stroke while on a three-week hospital stay. “I spent the last three weeks in the hospital,” said the drummer. “Home now. Had two blood transfusions. I also had a stroke while there. I am rehabbing at home. Thank you for your concern and well wishes.”

Banali had been battling stage four pancreatic cancer and spent time at the Kaiser Permanente Woodland Hills Medical Center, California, back in June with an infection, with his wife issuing a statement to thank fans for their well-wishes and to report that Frankie was “not on his death bed.“

Banali’s cancer diagnosis was made public in October last year, with the drummer saying he’d been battling the disease since April 2019.

“The original prognosis was very scary,” he said.  “I had quite a battle on my hands and it took a lot, but I am thankful to say that after several rounds of chemo and other treatments I am on the mend.

“The road ahead is not going to be easy but cancer has met its match and I plan to continue fighting.”

In April this year, a GoFundMe campaign to cover Banali’s medical expenses was set up by his friend Eden Maureen Beckett.

Banali was born in Queens, New York City, in 1951, and moved to Los Angeles in 1975, where he became a founder member of Quiet Riot. His success with the band included the 10-million-selling classic Metal Health, which topped the Billboard charts in 1983.

“We were breaking records, selling ridiculous amounts of albums every week,” Banali told Classic Rock. “Quiet Riot was a phenomenon. We were living the dream…”

He also played with Hughes/Thrall, W.A.S.P., and on the charity record Hear ‘n Aid.

Musicians paying immediate tribute to Banali included Quiet Riot bassist Rudy Sarzo, who tweeted, “My hero, mentor, Quiet Riot brother Frankie Banali is now resting in peace and pain free. I will post a follow up in days to come as try to process this unmeasurable loss.”

Fellow drummer Mike Portnoy wrote, “So saddened to hear of the passing of my drumming brother Frankie Banali. He fought an incredibly brave battle against Cancer and his strength and dignity was truly inspiring… Rest In Peace my friend.”

Kiss founder Paul Stanley wrote, “Very sad to hear of the passing of Frankie Banali. He was so open in his reports of his illness and seemed to live through his treatments and setbacks bravely and with grace. RIP.”

Dee Snider tweeted, “Wow. What a day. So sad to hear about the loss of Frankie Banali. He fought hard until the end. His playing and rock ‘n’ roll spirit will live forever. A fellow New Yorker, Frankie was the real deal. RIP my friend. “Take me away from all this death.”

Glenn Hughes wrote, “So very sad that my brother Frankie Banali, passed away last night. Frankie played drums on the the Hughes: Thrall album . There was no one more loyal honourable courageous and committed than Frankie. Words cannot express how I feel. Let’s all share the love for Frankie.”

Lita Ford tweeted, “Deepest Sympathy to the Frankie Banali family and fans all over the world. When we hear the heavens thunder we will know it came from you. Great musicians never die…. RIP FRANKIE.”

Cinderella founder Tom Keifer wrote, “Saddened to hear that Frankie Banali has passed away. Not only was he a talented drummer/musician but also a great human being. He will be missed. Condolences, love & prayers to his family and friends.”

Singer Jeff Scott Soto said, “With a VERY heavy heart I share one of the best humans has left us today, my dear friend and drummer Frankiew Banali! I’d known him since 1986, he was always the greatest person 1 could wish to befriend! Suffer no more FB, see you on the other side!”

There is only one corner of the universe you can be certain of improving, and that’s your own self.