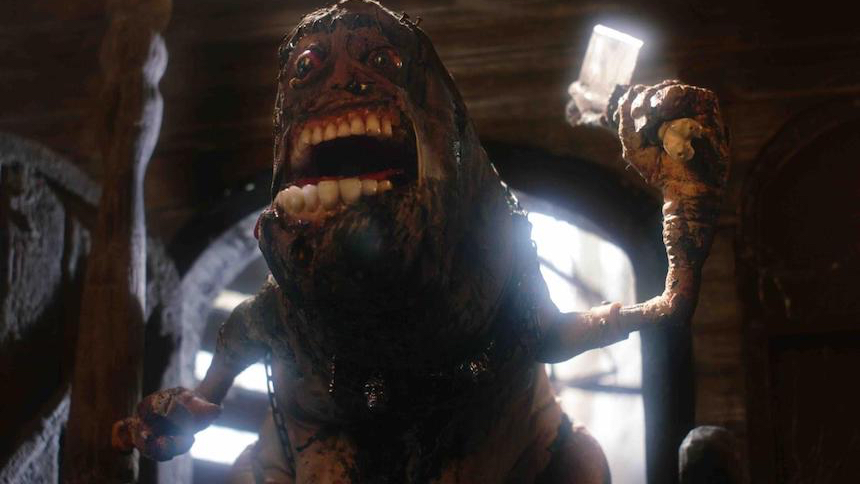 Some films become legends before they are finished, if they happened to get rescued from the limbo and development hell.

Tippett has been tinkering with the film since 1987 while working on robots for Star Wars, Robocop, and Jurassic Park´s dinosaurs. Few segments made it out in the form of short films until a crowdfunding campaign and a host of volunteers helped Tippett to push his macabre bacchanal over the finishing line. The Swiss film festival in Locarno hosted the ceremonial world premiere of the Tippett’s plummet into undiluted madness.

Any attempts to reconstruct the film’s storyline would be futile as Mad God is more of a visual smorgasbord of a stream-of-consciousness weirdness set against the backdrop of eerie post-industrialist wasteland. A small figure called The Assassin descends from what appears to be a crumbling Tower of Babel into infernal landscapes of grotesque monsters and uninhibited violence.

The Assassin proceeds on a self-mutilating odyssey through creepy environments cross-bred in the minds of Hieronymus Bosch, Pieter Bruegel, and H.R. Giger. The protagonist proceeds further on his solitary quest carrying a suitcase with dynamite although he himself soon becomes a victim of the Grand Guignol of Tippett’s unsettling yet still somewhat perversely mesmerizing spectacle. 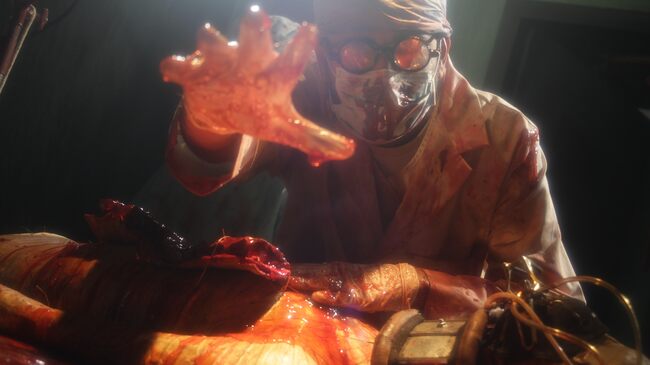 Mad God is a fully practical stop-motion film, with some small exceptions of live-action scenes including gruesome vivisection, which explains the three decades production time. Dialogue-free, Tippett’s film is a highly visual experience of an enigmatic apocalyptic epic from the deepest bowels of imagination.

Important cultural milestones that left an imprint on Tippett’s subversive hellish fantasy can be identified as major influences including canonical works such as Dante’s Inferno, Old Testament, and John Milton’s Lost Paradise, though Tippett is putting a perverse and occasionally exploitative spin on them. The director revealed that works by Freud and C.G. Jung also played a considerable role in materializing Mad God that has close to a product of a demented prophet.

The film’s fragmentary structure includes many detours and digressions exploring scatological visions, eternal cycles of desperation and deformity, and nihilistic misadventures of tortured souls. The extent of the merry-go-round of fiendish imagery took a significant toll on its maker as well,  since Tippett had to take a hiatus on the project following a mental breakdown.

However, the visual compendium of disturbing scenes and otherworldly delusions that Tippett submerges viewers into isn’t a self-serving exhibition. Patterns and archetypes can be discovered across surreally sinister and savage tableaux. Despite the obvious appeal to fans of weird horror and twisted visions, Mad God is at the heart a Blakean visual poem that is equally disturbing as it is captivating. 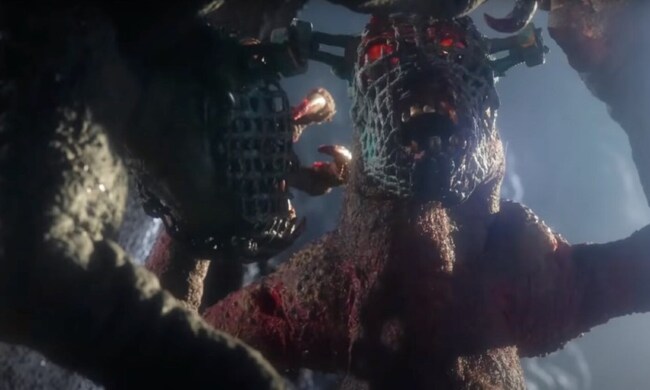 The stop-motion technique carries an air of archaic style (some CGI has been also applied in the film) and calls to mind works by the Czech surreal maestro Jan Švankmajer. Brothers Quay and Švankmajer are the most obvious formalistic referential points, although Tippett taps into even darker crevices of imagination.

The amalgam of fantasy and horror elements of Mad God brushes shoulders with the works of Clive Barker. Where Barker weaves intricate narrative threads in hypnotically sprawling worlds, Tippett’s epic worldbuilding turns into a frantic barrage of no-holds-barred bizarre imagery. Thus, Mad God straddles two worlds:  the old one is represented by aesthetics and rigor of hand-crafted monsters and meticulously-built sets, and the postmodern one built on an unfiltered cavalcade of deranged non-sequiturs if a writing room of Rick & Morty went on a really bad trip.

Despite the visual onslaught, the writer-director-production designer smuggled into the dark lands of Mad God an ounce of a juvenile, or Freudian, humor as genitals in various shapes and sizes tend to be incorporated into anatomies of strange creatures and bodily fluids spray the subterranean strange lands. Mad God is an extreme viewing of madness and macabre as it is an artistic achievement not solely in pushing limits. Tippett confessed in Locarno that he is already preparing a plot-friendlier sequel.

Review originally published in connection with the Locarno Film Festival in September 2021. The film is now playing in New York and Los Angeles movie theaters. It will be available to stream via Shudder as of Thursday, June 16. As for the theatrical experience, it will expand to other cities in Canada and the U.S., beginning on Friday, June 17. Visit the official site for movie theater locations and other information.