Ariadna gets called off in the middle of her work on a catwalk. The young model returns hastily to a small village in Georgia. The occasion is rather sorrowful, as she is about to attend the funeral of her grandmother (bebia in Georgian) Medea.

On her way home, Dobrachkous’ tunes into a fish-out-of-water vibe as the protagonist meets her embittered mother and starts participating in local burial rites. The professional mourners are told to stop at some point because they are so good they make everybody sad. Ariadna displays a degree of uprootedness from her home-turf and local customs.

Before the last rites can be finalized, Ariadna is tasked to carry out an ancient ritual. As the tradition goes, the youngest member of the family must connect the soul of the deceased with a resting place. In practice, it means that the protagonist has to crisscross the Georgian countryside of her childhood,  uncoiling a thread that will join the place where her grandmother died (the grave).

The parallel to the Greek myth of Theseus and Minotaur, and the namesake to the granddaughter of the sun god Helios, is not purely coincidental. Dobrachkous poetically riffs on the myths, the escape from a labyrinth which bears a double meaning in the case of the protagonist – the labyrinth of her past and the escape from the life she did not want to have in Georgia – and the figure of the destructive mother. All these riffs are weaved into a stream-of-consciousness narrative of past and present.

Bebia, à mon seul désir shares some similarities with IFFR’s 2019 Tiger competition film by Ena Sendijarevic, Take Me Somewhere Nice. In Sendijarevic’s film, a Dutch girl of Bosnian origin travels to Bosnia to visit her sick father and is confronted with the culture of her ancestors. Both female protagonists from the youngest generation lost touch with their homelands and return to find that the country may have had a bigger imprint on their identity than they originally thought.

As opposed to Sendijarevic’s bubble-gum Eastern European road movie, Dobrachkous gravitates to a more somber and introspective narrative style. The pastel colors in Sendijarevic’s film are replaced with black and white cinematography by DoP Veronica Solovyeva, who seems to be channeling masters of the cinema.

The framing and lighting of the rural setting of the Georgian countryside contain vestiges of Fred Kelemen’s poetics in works by Béla Tarr. Solovyeva works predominantly with medium shots and close-ups, remaining kinetic as opposed to Kelemen’s static tableaux of meticulous composition. Furthermore, close-up shots, usually of hands, tend to elicit the Bressonian spirit of inner drama.

Adaptations of the poetics of classical cinema, in comparisons to Emo Weemhoff’s more pop-inclined cinematography in Take Me Somewhere Nice, suits better Dobrachkous’ themes of ancient rituals and references to Greek mythology, as well as the gynocentric story. 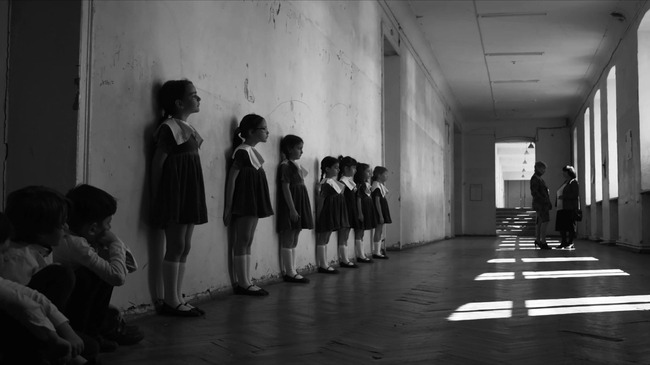 Medea is as much of a central figure in the film as Ariadna is, though the director employs a different narrative approach. The protagonist’s grandmother is revived through a retrospective remembrance of Ariadna as she contemplates the imprint the late matriarch had on her not-so-distant childhood and, eventually, her identity.

Medea was a norm-busting firecracker sporting radical opinions, given the traditionalist environment she lived in. “Children aren´t special. Life’s better without them,” is just one of the pearls in her attitude. The influence she wields over Ariadna stems from their antagonistic relation, the generational gap that usually prompts a child’s revolt against parents and elders.

Dobrachkous adopted a linear narrative in the present time as Ariadna carries out her thread-carrying duty, while Medea dominates her granddaughter’s memories. Moving through the labyrinth of memories, the grandmother appears to be the one personifying a figure of the mythological man-beast.

The seemingly random retrospective episodes construct the crux of the conflict, whereas the plot unfolding in the present deals with the aftermath, as the burial ritual turns into a psychotherapeutic quest. And Ariadna has a sidekick as she traverses the country of her past who puts her earthly plight into a large existential context, dishing out aphorisms sounding like a character lifted from a Dostoyevsky novel. 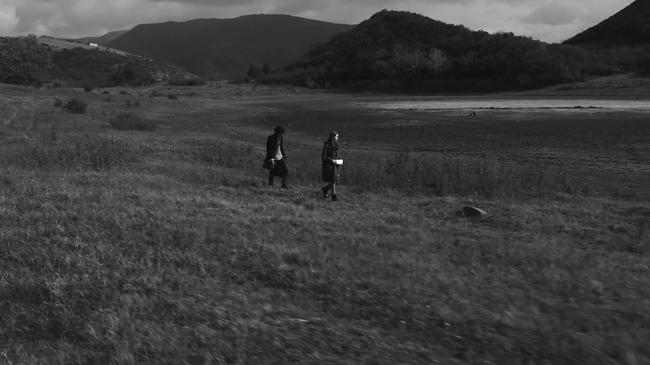 Dobrachkous’ feature debut delivers a formalist spin on a coming-of-age story. The introspective narrative of remembrance unearths a formation of the young protagonist´s identity that eventually leads to her independent life outside her homeland, a metaphoric escape from the labyrinth fueled by her grandmother´s tough love.

“I left because I wanted to prove her wrong,” reveals Ariadna, although she serves some tough love of her own back over the grandmother;s grave: “I can’t say I will miss you, but I will think of you sometimes”.

‘Slash Film: ‘Raya and the Last Dragon’ Producer and Screenwriter on Creating a New Kind of Disney Hero [Interview]’