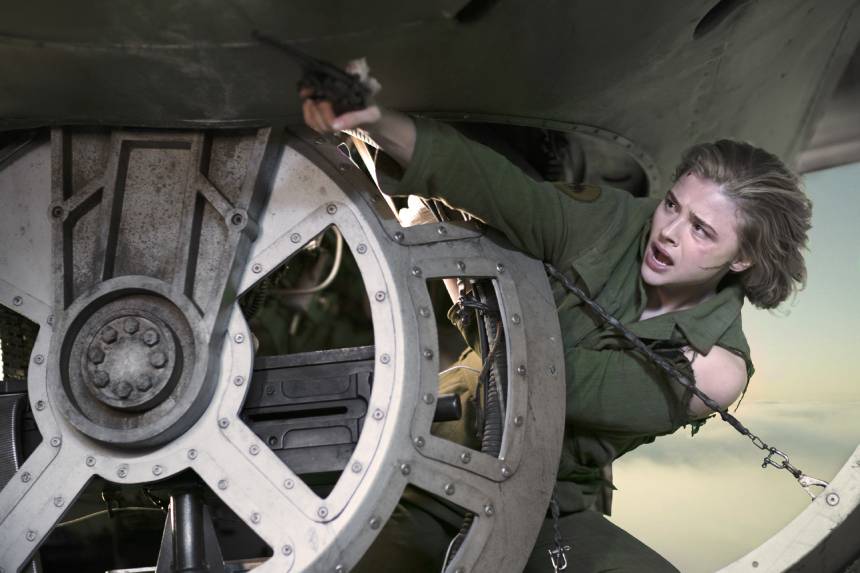 Roseanne Liang’s TIFF Midnighter Shadow in the Cloud is coming to select cinemas and on VOD and Digital on January 1st, 2021. Chloë Grace Moretz stars in the World War II set action horror flick, playing an Air Force officer who hitches a ride aboard a B-17 bomber, fighting off waves of Lufftwafe airplanes until something more sinister attacks the plane.

Vertical Entertainment and Redbox Entertainment just released the trailer this afternoon, check out all the airborne excitement below. Our own Josh caught Liang’s flick when it premiered during the Midnight Madness program at the modified TIFF this past September. You can find his tempered review here.

In the throes of World War II, Captain Maude Garrett (CHLOË GRACE MORETZ) joins the all-male crew of a B-17 bomber with a top-secret package. Caught off guard by the presence of a woman on a military flight, the crew tests Maude’s every move. Just as her quick wit is winning them over, strange happenings and holes in her backstory incite paranoia surrounding her true mission. But this crew has more to fear…lurking in the shadows, something sinister is tearing at the heart of the plane. Trapped between an oncoming air ambush and an evil lurking within, Maude must push beyond her limits to save the hapless crew and protect her mysterious cargo.

Wonder Woman 1984 Ending Came Out Of Not Getting The Ending She Wanted For Wonder Woman, Patty Jenkins Reveals

Ray Fisher Says Cyborg Had A ‘Much Larger’ Part In The Flash Movie, What Happened?