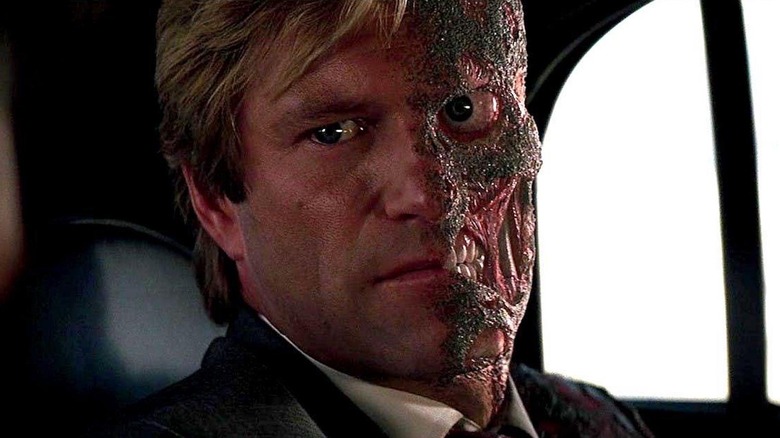 The news that the Penguin is getting his own HBO Max spin-off series courtesy of “The Batman” director Matt Reeves got me thinking … what other Batman villains deserve their own TV shows? The Dark Knight’s rogues’ gallery is huge, but there are a handful of villains who have stood out above the rest. Sure, there are some deep-cut baddies who could be interesting for an episode or two, but who has the potential to deliver a full season or more? Some of these characters have been featured in Batman stories, but they deserve their own spotlight.

Here are my pitches for HBO Max spin-offs for some of the best of the worst of Gotham City. 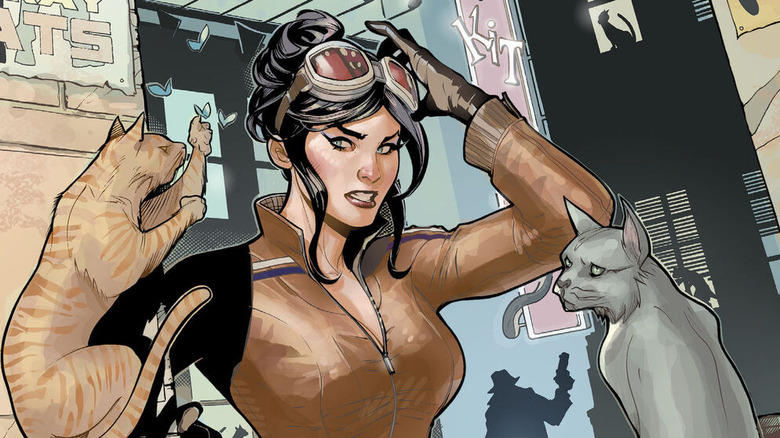 There have been rumors that Catwoman might appear in Reeves’ “The Batman” alongside the Penguin, but the story of Selina Kyle deserves more. While she was the star of the notoriously bad 2004 movie “Catwoman” starring Halle Berry, there are far better ways to adapt the story of a cat burglar who leans a little too far into her feline fetish.

The Pitch: The perfect “Catwoman” series follows a young Selina Kyle as she tries to make a name for herself in Gotham City. She’s a fantastic thief but regularly finds that she’s not as willing to cross some of the same moral lines as her colleagues. She sometimes thinks about taking up a vigilante mantle like the city’s heroes, but her broken childhood and tough life have made her too keen on revenge. When Selina double-crosses one too many criminals and it gets her close friend Lola killed, she must try to solidify her identity once and for all. Catwoman is one of the most easily lovable members of the rogues’ gallery, in part because she’s morally ambiguous. Watching her figure out how to balance her life of crime with her desire to be a decent person could be a whole lot of fun.

Highlight Episode: Halfway through the first season, Selina must team up with some of Gotham’s other up-and-coming ne’er-do-wells to rob the Maroni crime family in an hour of television that’s like a gothic, bat-tinged “Ocean’s” movie.

Solving Crimes With The Riddler 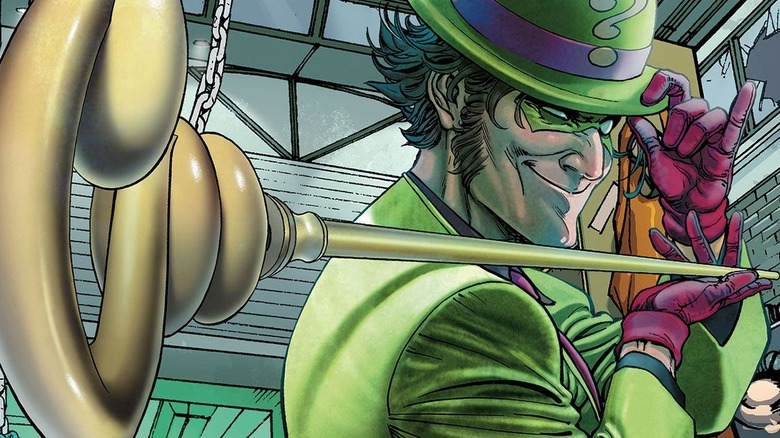 The Riddler is another Batman villain who has seen his fair share of screen time. He was a major staple on the “Batman” TV show from the ’60s, played by Frank Gorshin. He also appeared in the movie “Batman Forever” in 1995, played by the rubber-faced Jim Carrey. Now he’s set to slowly reveal his riddles once more, as Paul Dano will be portraying the whimsical wrongdoer in “The Batman” alongside Colin Farrell’s Penguin. Dano as The Riddler is a brilliant bit of casting, so continuing his arc from the film to the small screen would be ideal.

The Pitch: Gotham is under attack by a new breed of villain whose behavior completely defies all logic. Jim Gordon (hey, this can be a crossover with his series!) and his fellow detectives go deep into Arkham Asylum to ask the Riddler, Edward Nigma, for help. If even Batman can’t crack the case, then they need to turn to a man who understands mysteries better than anyone. The Riddler helps them with the case, kind of like Hannibal Lecter with Will Graham or Clarice Starling, but he gives them plenty of his own riddles to solve along the way.

Highlight Episode: After helping Gotham City Police with a particularly troublesome criminal, they reward Edward with a trip to the Museum of Modern Art, which is hosting an exhibition of puzzle boxes. He disappears and they think he’s used the opportunity to escape, but at the end of the episode, they find him in the back of the museum, trying to solve all of the puzzles.

Let’s Get Legal With Two-Face 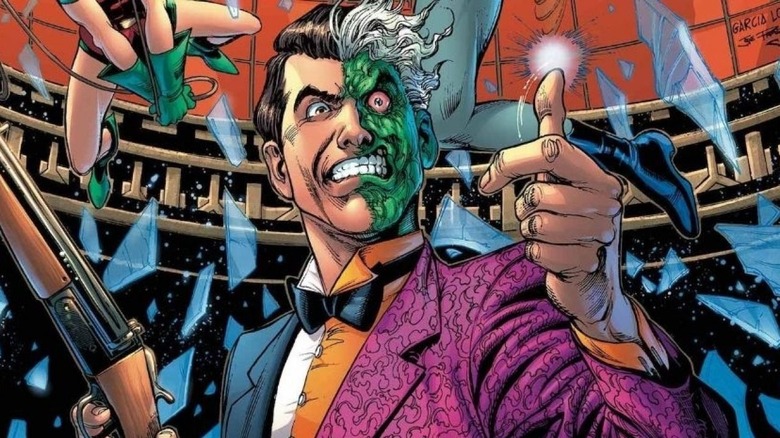 Harvey Dent and his evil alter-ego, Two-Face, have been portrayed on screen by Billy Dee Williams in “Batman” (1989), Tommy Lee Jones in “Batman Forever” (1995), and Aaron Eckhart in “The Dark Knight” (2008). Dent is an attorney who rises through Gotham’s legal system and eventually finds himself Gotham’s district attorney. After he has acid thrown on his face, he develops a severe case of dissociative identity disorder giving him two distinct personalities — one good and one evil.

The Pitch: Harvey’s series would begin long before he became Two-Face when he was just a bright young lawyer running for district attorney in Gotham City. The series would work as a courtroom procedural, as Harvey wrestles with his inner demons even before his attack. After sentencing a young man to death, the man’s mother tosses the acid on his face outside the courtroom. The final episode of the first season ends with Harvey unwrapping his bandages and seeing his new face for the first time.

Highlight Episode: Dent is in for the trial of his life when defendant Victor Zsasz takes the stand in his own defense. 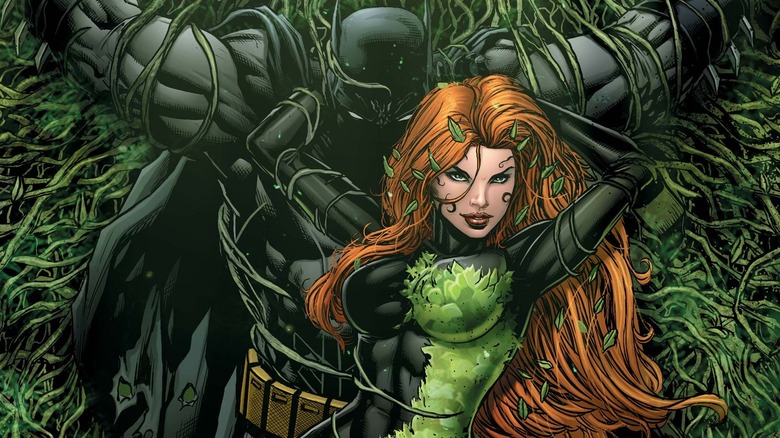 Dr. Pamela Isley is another of Batman’s enemies who is more morally ambiguous than flat-out evil. She’s an eco-terrorist who is willing to do anything to protect the earth, which is sort of understandable given how bad we’ve wrecked it. She can communicate with and control plants, is highly resistant to all poisons, and can control her pheromones to seduce anyone she pleases. She was played by Uma Thurman in “Batman and Robin” (1997) and currently has a fantastic arc voiced by Lake Bell on HBO Max’s “Harley Quinn” cartoon series.

The Pitch: Budding biology professor and botanist Dr. Pamela Isley begins feeling frustrated by people’s lack of concern over global warming and environmental destruction. She uses her skills as a botanist to create a potion that will help people understand why we must protect our natural resources. When she tests it on herself, she develops intense powers and a growing desire to do something drastic. As the newly named Poison Ivy starts poisoning executives for polluting and taking over Gotham’s green spaces, she starts to wonder just how far she’ll go in the name of protecting the planet.

Highlight Episode: During her first, very short stay in a Gotham city jail, she meets future friend (and lover) Harley Quinn, who helps Pamela reconsider some of her more misanthropic tendencies.

R’as Al Ghul And The League Of Assassins 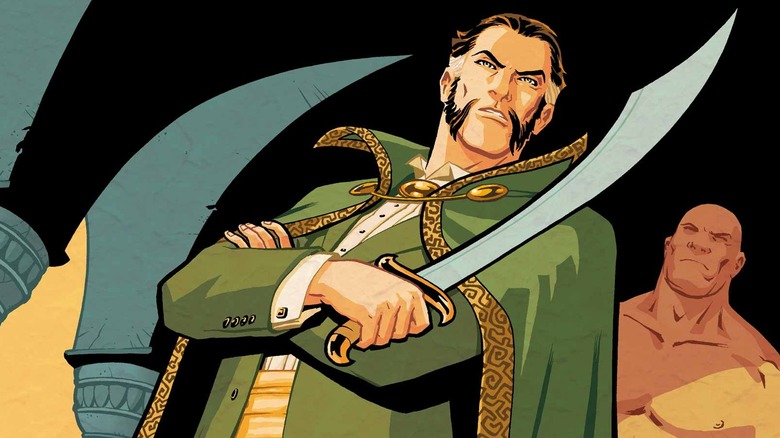 R’as al Ghul is probably the scariest and most powerful Batman villain aside from The Joker. While his story has been told in part on the big screen in “Batman Begins” in 2005 where he was played by Liam Neeson, his full arc is only explored in the comics and animated television series. R’as al Ghul is a criminal mastermind who founds the League of Assassins, which later splinters into other groups including the League of Shadows. R’as uses the Lazarus Pits to make himself nearly immortal, and as such, has lived for hundreds of years. He is a martial arts and military tactical expert, and a born leader.

The Pitch: While many of these supervillains are best served by taking them back to their origins, an ideal R’as al Ghul series begins with him already as the leader of the League of Assassins, trying to keep balance in the world through whatever means necessary. Within the organization, rumors swirl about a League of Shadows secretly organized by R’as al Ghul to do the work too dirty for even the Assassins. Tensions within the League rise, and soon R’as finds himself fighting for power with Shiva, his former acolyte turned head of the League of Shadows.

Highlight Episode: Sandra Wu-San, one of R’as’s closest allies and confidants, discovers that the League of Shadows is real and that R’as intends to use it to stop mankind from its path of repeated destruction. She begins taking over the League from the inside, revealing herself at the end of the episode as Shiva, a supervillain based on the Hindu god of destruction and chaos. 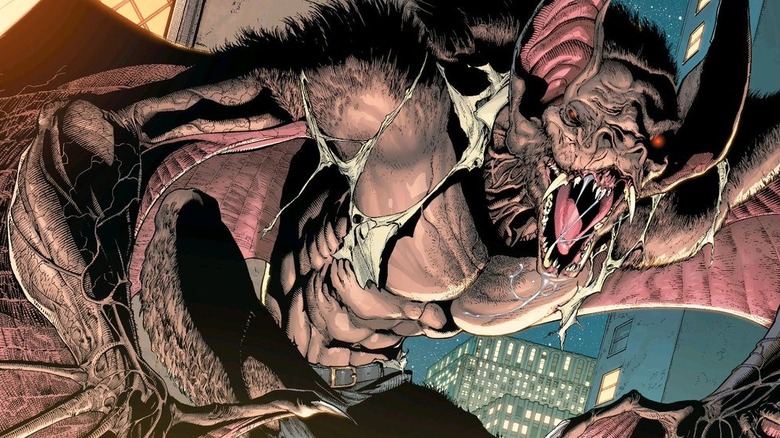 Everyone else on this list has had some representation on the big or small screen, so I figured I had to sneak in at least one of the really weird ones, and what’s weirder than Man-Bat?

Man-Bat goes more in the direction of “Earth vs. the Spider” or “The Fly” than the high-tech gadgetry of other members of the rogues’ gallery. Dr. Kirk Langstrom, a chiropterologist (bat scientist), develops a formula meant to give humans the sonar capabilities of a bat. Instead, he becomes a horrifying half-man, half-bat hybrid that can only be called “Man-Bat.” The formula also affects his sanity, which can drive him to go on rampages across Gotham until the other Batguy shows up.

The Pitch: This one pretty much has to be an origin story, since few folks outside of DC superfans know who the heck Man-Bat is. We follow Dr. Langstrom as he tries to develop his serum, working against the clock as his funding is about to run out. At the eleventh hour, he believes he’s succeeded and tries the serum on himself, only to go into a full Jekyll/Hyde Man-Bat rage. After the serum wears off, he tries it again, and this time, he gets his wife to join him. Then, they must piece together the mystery of what they did in their altered states, and try to decide how to move forward with their discovery. The series would mix werewolf tropes with the thrill of a scientist trying to figure out the right formula, though it’s all sure to have a tragic end.

Highlight Episode: After waking up in an alleyway wearing only his torn pants and covered in blood, Dr. Langstrom must try to figure out what happened after he injected himself with his newly discovered Supersonic Serum.

Read this next: Batman Villain The Penguin Will Get His Own Spin-Off Series On HBO Max

The post 6 Other Batman Villains Who Deserve Their Own HBO Max Series appeared first on /Film.