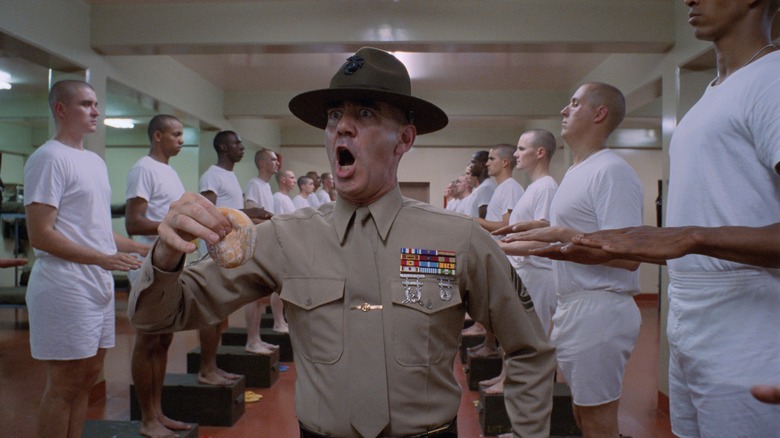 He’s been the Sheriff of a Texas town and oversaw the investigation of John Doe, but to scores of moviegoers, the late R. Lee Ermey was America’s favorite dehumanizing leader.

A United States Marine Corps staff sergeant with experience in South Vietnam from 1968 through 1969, Ermey was medically discharged in 1972 but found a second life as an intimidating authority figure on the big screen. The Kansas-born actor would soon serve as technical advisor to Francis Ford Coppola on the epic 1979 war drama “Apocalypse Now,” wherein he also played a 1st Air Cavalry helicopter pilot. But it was in Stanley Kubrick’s confrontational war drama “Full Metal Jacket” that Ermey carved out a role so iconic, that when misfortune visited Ermey during the film’s shooting, the notoriously perfectionist filmmaker paused production rather than recast the role.

For those unfamiliar with the 1987 movie, its story follows Marine Privates J.T. Davis and Leonard Lawrence (or “Joker” and “Gomer Pyle” depending on who you ask), respectively played by Matthew Modine and Vincent D’Onofrio, whose acting methods caused on-and-off set tension between the two. Onscreen, those fires were stoked by Ermey’s Gunnery Sgt. Hartman. Hartman is the kind of man who introduces himself, and doesn’t need much of a writer’s preamble:

In a 1987 interview with Rolling Stone, Kubrick revealed that a car accident nearly killed his big-screen “Gunny,” and it put production on hiatus for months:

“It was about 1:00 in the morning, and his car skidded off the road. He broke all his ribs on one side, just tremendous injuries, and he probably would have died, except he was conscious and kept flashing his lights. A motorist stopped. It was in a place called Epping Forest … anyway, Lee was out for four and a half months.”

The Legacy Of R. Lee Ermey 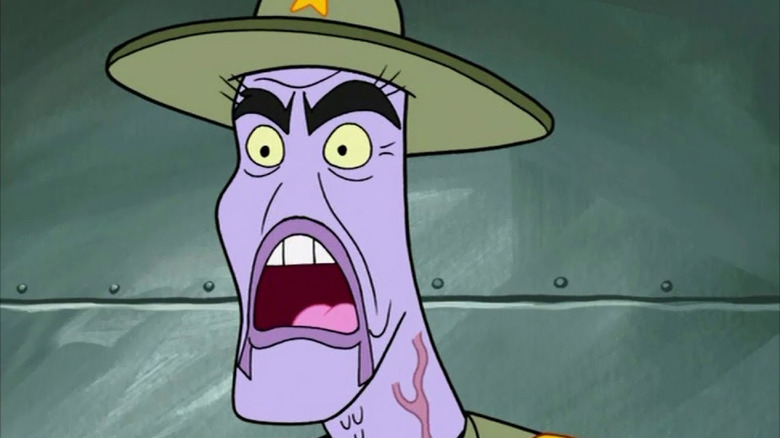 The production of “Full Metal Jacket” took longer than expected, and Ermey’s irreplaceable screen presence was one reason for it. The director of “The Shining” and “Barry Lyndon” had garnered a tough reputation due to rigid treatment of his actors for the sake of their performance (and in one heartbreaking case, straight-up abuse), but Ermey’s half-improvised dialogue (“fifty percent,” Kubrick told Rolling Stone) and vicious brutality added such an authenticity to the story that he became an essential element to it. The role had already been recast once; Tim Colceri had the role briefly before a tape of then-technical advisor Ermey (performing as Hartman) screaming at extras (playing recruits) inspired the director to hand the drill instructor’s hat to the advisor — the story is devastating. Kubrick further spoke about Ermey’s director-friendly qualities to Rolling Stone:

“If I did a hundred takes on every scene, I’d never finish a film. Lee Ermey, for instance, would spend every spare second with the dialogue coach, and he always knew his lines. I suppose Lee averaged eight or nine takes. He sometimes did it in three. Because he was prepared.”

Not only did “Full Metal Jacket” come to be considered one of the greatest war movies of all time, but Gunnery Sergeant Hartman also emerged as his own icon (he even got a remix). Echoes of the sadistic instructor would be detectable in the veteran’s subsequent roles, all the way down to children’s fare like “SpongeBob SquarePants.” Personally, this writer recommends the “Toy Story” movies (guess the toy he plays). His unrepeatable foul-mouthed outbursts were the stuff of legend, but there’s something special in watching Gunny scold Woody the cowboy doll without calling him a maggot.

Read this next: The 30 Greatest War Films Of All Time, Ranked