Ryan Murphy and Brad Falchuk‘s horror anthology series, American Horror Story, has somehow been running for 10 seasons. The often campy cult hit uses a rotating retinue of actors playing different characters each season, and it’s a lot of gross, gory fun. The first season, American Horror Story: Murder House debuted in 2011 and quickly gained notoriety for its wild storylines, taste for melodrama, and fantastic performances from some of genre’s finest. A decade later and the series is still going, having gone through every horror subgenre, from killer nuns and alien abductions in season 2’s Asylum, to the straight-up end of the world in season 8’s Apocalypse. Here’s what we know about what’s in store for season 10 of this continually surprising series.

The 10th season of Murphy and Falchuk’s deliciously sensationalist anthology series was supposed to debut in late 2020 but was delayed due to the coronavirus pandemic. Now, American Horror Story season 10 will premiere on FX in the U.S. on Wednesday, August 25 at 10 p.m. EST, and will be available for streaming the next day on FX on Hulu. There’s no official listing of the number of episodes yet, but the previous seasons have all had between 10 and 13 episodes a piece, each debuting every week after the premiere. (So, basically, if you wanna be among the first to watch, you’ll need to set aside your Wednesday nights or Thursday mornings this fall!)

So What’s Season 10 Going to Be About?

Here’s where it’s all kind of weird guesswork, so bear with me. The posters and a few cryptic Instagram comments from Murphy about one story taking place in the sand and another taking place by the sea are really all we have to go on. Murphy has also confirmed on his Instagram that fans will be getting “two stories for the price of one,” so the Double Feature subtitle for this season appears to be quite literal. My best guess, given the poster and “by the sea and by the sand,” is that one story will focus on mermaids or sirens and be a nautical-themed horror story, and the other will be an Area 51/abduction type story, probably set in the American Southwest. Whether or not they’ll be connected by any story through-lines or we’re actually just getting two anthology stories in one season is anyone’s best guess.

What’s the Difference Between This and American Horror Stories?

It’s okay to be a little confused — the names are pretty similar. American Horror Story season 10 will continue in the vein of its previous seasons, with a single (or in this case, double) anthology story told over the course of the season. The new spin-off series, American Horror Stories, will tell a different story each episode, more in the vein of something like Black Mirror or The Twilight Zone.

One thing American Horror Story has going for it is its huge rotating cast of genre and character-acting heavies. While fan favorites and regular players Emma Roberts and Jessica Lange are sitting this season out, there will be plenty of familiar faces for fans to get excited about. Sarah Paulson, who should basically crown herself queen of the franchise at this point, is back once more. Evan Peters, Kathy Bates, Billie Lourd, Finn Wittrock, Lily Rabe, Leslie Grossman, Adina Porter, and Angelica Ross will all return. 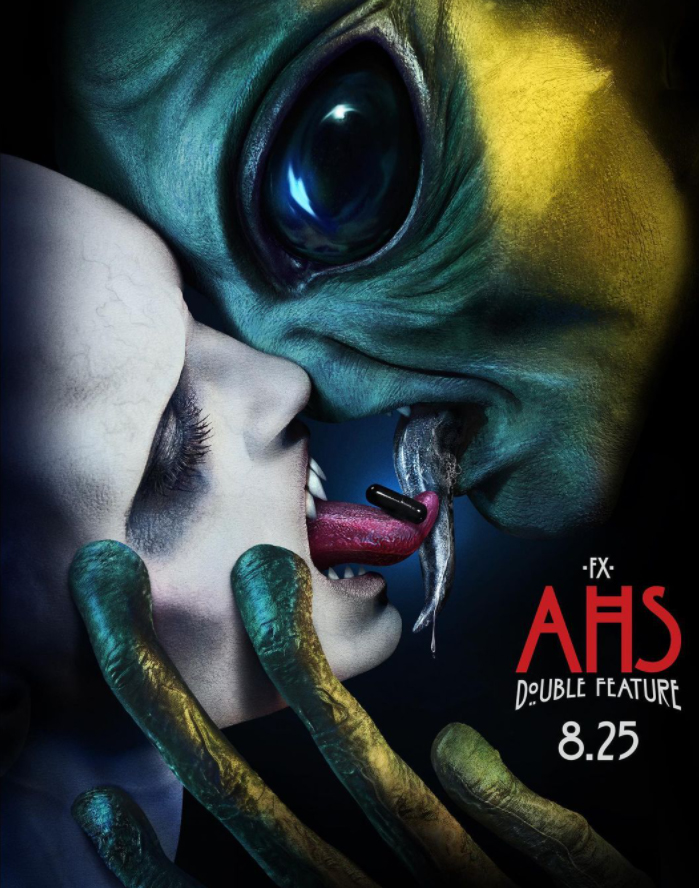