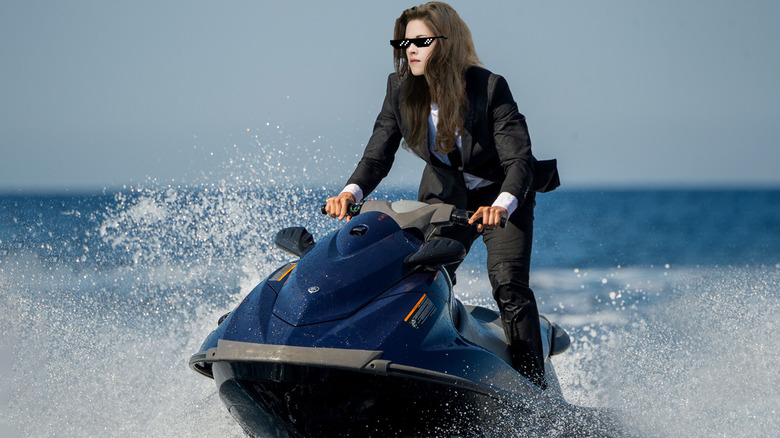 When we hear the title “Twilight,” our minds immediately drift into the happy-place world of blue hues, pacific northwest landscapes, slurpy cups full of blood, shirtless sparkly torsos, and… Ahem. Okay, maybe that’s just me. But that’s neither here nor there. The important takeaway is that in the many years of its cinematic existence, the “Twilight” saga has seared a certain impression into our brains. The supernatural love story is all about existential yearning, Romeo and Juliet allusions, Robert Pattinson looking his most constipated, and Kristen Stewart looking her most confused. It’s absolutely glorious.

A vampire falls in love with a human, their courting is way more dragged out than it needs to be, he spends most days trying not to eat her, and eventually, they have a creepy CGI baby. But once upon a time, studio execs failed to see the appeal of these star-crossed lovers (who later proved them wrong by heading up a billion-dollar franchise). They saw all that fantastical soapy romance and thought you know what this needs? Jet skis!

I s*** you not. When “Twilight” was in its early development period, it wasn’t anything like the stormy-skied, hormone-filled slow-burn we know it to be. They packed the love story full of shotguns and jet skis and dead bodies falling from rafters. Steel yourself, because the truth is… they tried to make the “Twilight” saga into an action franchise.

Vampires And Shotguns And Jet Skis, Oh My! 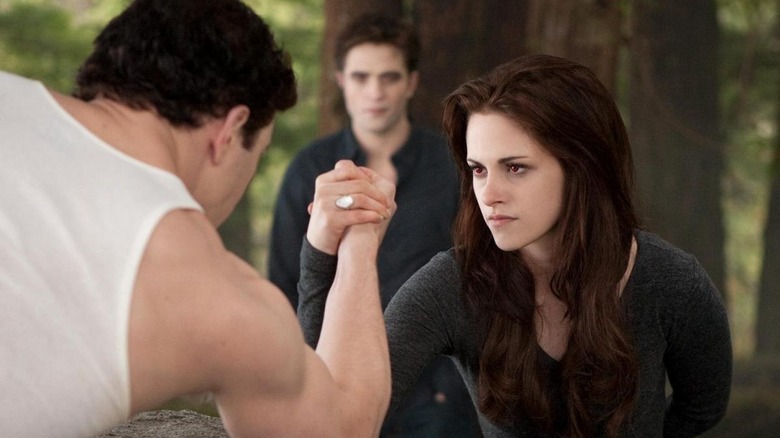 Hardcore Twilight fans are already familiar with this strange, chaotic tale — before Catherine Hardwicke and Melissa Rosenberg came aboard to shape the first and best “Twilight” movie, five other scripts were penned and subsequently thrown in the trash. One of these came from screenwriter Mark Lord. The latest details on this piece of “Twilight” lore come courtesy of a new Spotify original, “The Big Hit Show,” a podcast delving into the rise of this billion-dollar franchise. The show tracked down Lord to get the full story of his script, drafted for MTV and Paramount producers early in the process. Lord was the first writer to take a crack at the adaptation and was initially ready to focus on the romance of it all:

“What I can recall of my pitch was, I don’t really care for vampire stories, wasn’t my jam. But Romeo and Juliet, I love… So I went in and I was like, “Look, I don’t love vampires, but I love telling the story about these characters.” And so that’s why they hired me.

But alas, he was later instructed to add more action to the plot because “they thought they were going to lose the male audience with too much of a romance.” So Lord did his job and produced the script they asked for. And thus was born an action-packed version of “Twilight,” where Bella Swan was a cross-country runner with a penchant for shooting vampires’ heads off. It sort of sounds like an extra gritty “Buffy The Vampire Slayer” on steroids. It even included some surprise deaths — Carlisle Cullen gets his throat ripped out while Edward and Bella escape in a speed boat. Elsewhere in the script, Charlie’s bloody body falls from the rafters of a building. Lord said:

“I want that girl to shoot some vampires, I want her to blow some s— away… It was the best we could put together for what they wanted. They were happy with it and then they exploded… there were some pretty hostile and angry people that wanted to make sure that we did not make this film.” 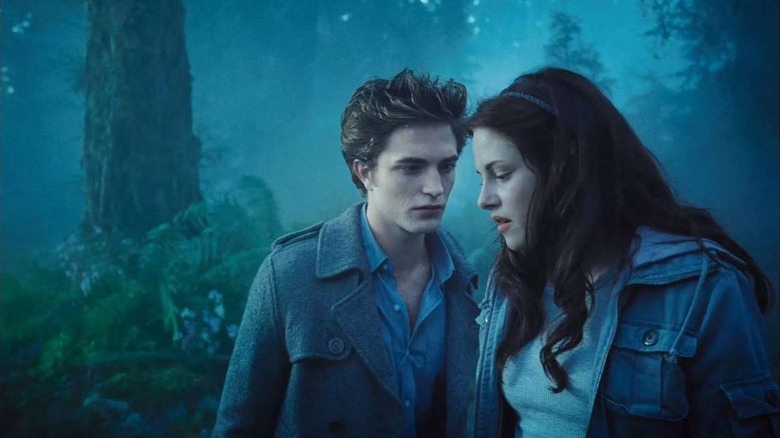 Eventually, MTV and Paramount stepped away from the project entirely and it ended up over at Summit, where Catherine Hardwicke got involved and made sure the early scripts never saw the light of day. Also guesting on the podcast, Hardwicke said:

“First of all, this script has to go in the trash. No good. You’ve got to make it like the book. It’s the reason, I think, people online read the book, they like it, is because there’s this feeling of the first time you ever fell in love. And it’s kind of an ecstatic feeling. And you have none of that in this script,’ which was a turnaround from Paramount. And the original script literally had Bella on jet skis being chased by the FBI. She was a star athlete. Nothing to do with the book.”

Do I wanna see Kristen Stewart blow vampire brains out with a shotgun? Desperately. But it’s not hard to see why this version of Bella never made the big screen. It simply wouldn’t be Bella, whose defining characteristic is her ridiculous clumsiness and lack of coordination. And in Catherine Hardwicke we trust, because ultimately, she knew what she was doing. The first director of the saga has a vision for the series and gave it all the steamy, soapy and campy vibes needed, no jet skis included.

Of course, the irony of this story is that Catherine Hardwicke was eventually replaced on later movies by a line-up of male directors who indeed found ways to add in action for the sake of spicing things up. But none of the later movies have anything on Hardwicke’s perfect entry in the saga.

The post An Early Twilight Script Had Bella Escaping the FBI on a Jet Ski appeared first on /Film.