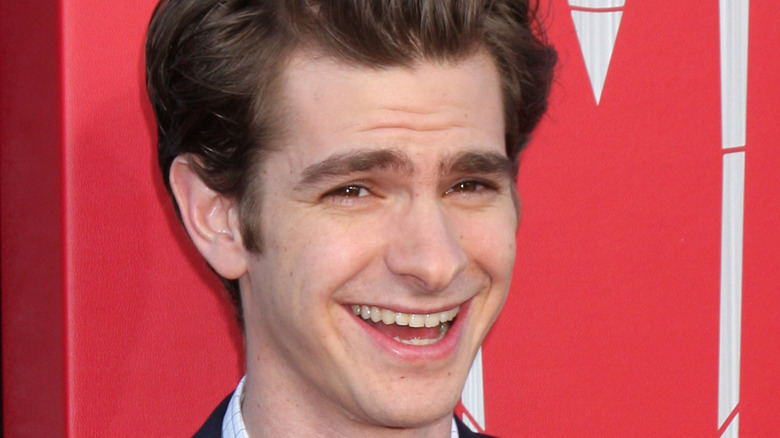 For some Hollywood actors, particularly those bound up in the web of secrecy surrounding the Marvel Cinematic Universe, non-disclosure agreements are a burden. Then there’s “The Amazing Spider-Man” star Andrew Garfield, who describes the experience of lying to the press as “rather stressful but also weirdly enjoyable.”

Garfield’s return in “Spider-Man: No Way Home,” alongside fellow former Spider-Man actor Tobey Maguire, was pretty much the world’s worst-kept secret in the lead-up to the release of “No Way Home.” Eagle-eyed Marvel fans noticed moments in the trailers where villains were reacting to invisible punches, indicating that characters had been carefully (but not too carefully) edited out. There was also a leaked screenshot of all three Spider-Man actors on screen together, though its presence was fortunately muddied by a cottage industry of fake screenshots and fan art.

As “Spider-Man: No Way Home” wraps up its fourth weekend at the box office, the moratorium on spoilers has apparently been lifted and Garfield is finally able to freely talk to the press about his involvement. Speaking to TheWrap in an interview about his recently-released movie “Tick, Tick… Boom!”, Garfield explained that he dealt with the guilt over lying about “No Way Home” by treating it like a game — specifically, the party game Werewolf.

“It was like this massive game of Werewolf that I was playing with journalists and with people guessing, and it was very fun … There were moments where I was like, ‘God, I hate lying.’ I don’t like to lie and I’m not a good liar, but I kept framing it as a game. And I kept imagining myself purely as a fan of that character, which is not hard to do.

“I would want the actor to do an incredibly good job at convincing me he wasn’t in it. And then I would want to lose my mind in the theater when my instinct was proven right. That’s what I would want.”

For those who are unfamiliar with the game, Werewolf basically has the same premise as “Among Us.” And after months of playing the game, Garfield wasn’t about to miss out on the big payoff. 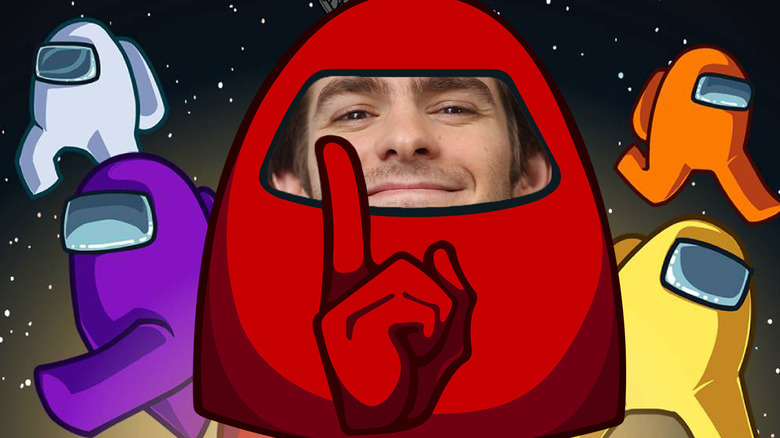 Did you go and see “Spider-Man: No Way Home” on opening night? Did you notice a couple of guys acting kind of sus? Was one of them wearing a baseball cap?

If so, you may have unwittingly been one of the moviegoers who shared a theater with Tobey Maguire and Andrew Garfield, as the two actors snuck into an opening night showing of “Spider-Man: No Way Home” in order to experience the reactions of hardcore Spidey fans for themselves. Garfield revealed his incognito infiltration in an interview with ET:

“I still can’t believe it happened. I snuck into a theater on opening night and just watched with my baseball cap on and my mask. In fact, I was also with Tobey, me and Tobey snuck into a theater together and no one knew we were there. It was just a really beautiful thing to share together.”

The pandemic has so far mostly been comprised of downsides, but one of the few upsides is that mask requirements in theaters have made it easier for actors to sneak into screenings without being recognized. With COVID-19 infection rates currently soaring due to the highly contagious omicron variant, “Spider-Man: No Way Home” was for many people one last big theatrical experience before a return to the monotony of social isolation and release date delays. With that in mind, Andrew and Tobey’s successful execution of Operation Sneaky Spider-Men feels all the more special.

“Spider-Man: No Way Home” is in theaters now.

Read this next: The 15 Best Spy Movies Of All Time

The post Andrew Garfield Had Lots of Fun Lying About Spider-Man: No Way Home appeared first on /Film.