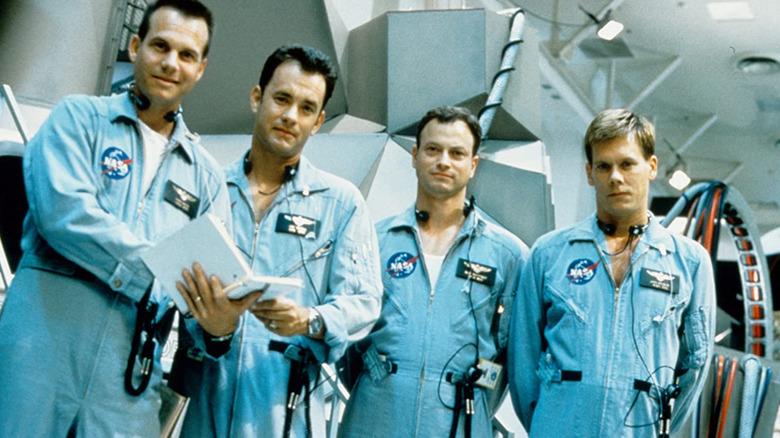 When I was a kid, I wanted to grow up to be an astronaut. Then, I realized how much math I’d have to learn, and that goal was swiftly set aside. Turns out, I think I just wanted to float in space. Frankly, I think that’s 50% of the motivation for most people who go to work at NASA — the desire to know what it feels like to be in zero gravity. The astronauts lucky enough to experience it simply had more patience to learn math than the rest of us.

However, what I didn’t realize back then was that there was another way to find out what it feels like to be in space. Indeed, there is a second path that will get you there, and it requires way less calculus.

What’s the secret? Just become a world class actor or director with all the funding in the world to make a Hollywood classic. Easy peasy! At least, that’s what the cast and crew behind “Apollo 13” figured out when they made the movie. Indeed, the true story of a NASA disaster went to extremely patient and exhausting efforts to pull of incredible zero gravity filmmaking, and the experience sounds like both a dream come true and a total nightmare.

Houston, We Have A Parabola 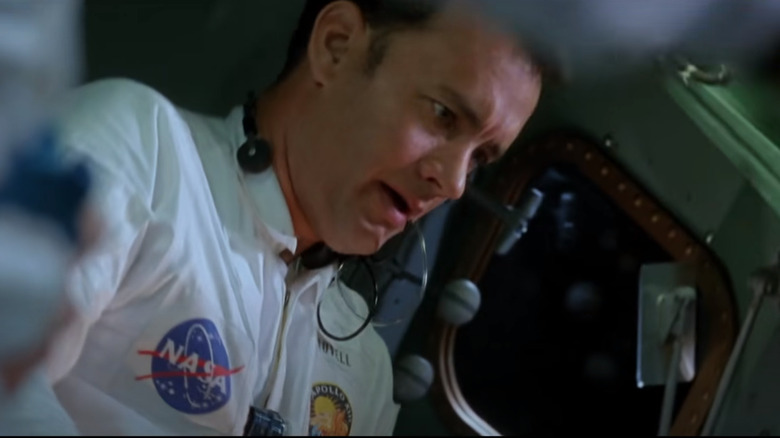 After NASA successfully landed men on the moon with the Apollo 11 mission, interest in further missions diminished, just as it does with many Hollywood sequels. By the time the Apollo 13 mission was ready for launch in 1970, people had inexplicably become a bit bored by the whole idea of humans leaving the planet and landing on a rock 238,900 miles away. Crew members James Lovell, Fred Haise, and John Swiger were on board with the end goal of being the next in line to walk on the moon. However, as The Smithsonian notes, an oxygen tank explosion put their lives on the line by destroying key components of the electrical and propulsion systems. The astronauts were forced to fix the problem themselves with the guidance of NASA if they wanted to return home alive.

Director Ron Howard turned to Jim Lovell’s book recounting the experience, “Lost Moon: The Perilous Voyage of Apollo 13,” into a movie. The first problem to tackle was figuring out how to film the zero gravity shots so the scenes in space looked realistic. CGI wasn’t as advanced as it is now, and wire work would have been tricky to film to in a convincing way. After chatting about the problem to Steven Spielberg, Ron Howard looked into how NASA trained astronauts for weightlessness, and that’s how he was introduced to the possibilities of the KC-135.

Sometimes known lovingly as the Vomit Comet (via Space.com), NASA used the KC-135 plane to train, test equipment, and study zero gravity. To achieve this effect, the plane was flown in curved arcs called parabolas. Through the rise and fall, around 25 seconds of weightlessness was possible. Imagine being on a rollercoaster and gently coming out of your seat for a short moment when racing down a drop, but on a massive scale. The KC-135 was leased for six months of filming, and shoots would happen twice a day.

A simple, elegant solution to Howard’s problem, right? What’s better to mimic the effects of floating in space than to simply film floating in a plane? The only problem was that even if the flights lasted around two or three hours, filming consistently was not possible. Consider this: how much of your job could you accomplish if you were only able to work in 25-second increments? That’s all the time the cast and crew of “Apollo 13” had to pull off their zero gravity shoots. Each of those parabolas would guarantee a weightless moment, but it meant everyone and everything was weightless. Cameramen, actors, and equipment were just floating around in a constant battle of trying to achieve some balance while also filming a scene.

“Actors and things kept drifting in and out of the shot,” recalled NASA test director, Bob Williams, in The AV Club’s retrospective. “We thought, anybody watching this thing is going to get motion sickness.”

Actors Tom Hanks, Bill Paxton, and Kevin Bacon were directed by Howard with the energy and efficiency of a coach giving marching orders for a football play. There would be a burst of action where the actors attempted to say their lines and pull off a shot, and then a literally heavy recovery as the whole process reset and gravity doubled. There’s a great clip on YouTube of test footage featuring Paxton and Bacon throwing a football around, and it really gives a sense of how limited the window of time is that they had to work with. There’s also an interesting moment where the football hits the ground when the gravity is doubled, and it does seem to bounce strangely. It looks challenging and exhausting, to say the least, but I have to admit that my inner child is incredibly jealous of it all.

Failure Was Not An Option 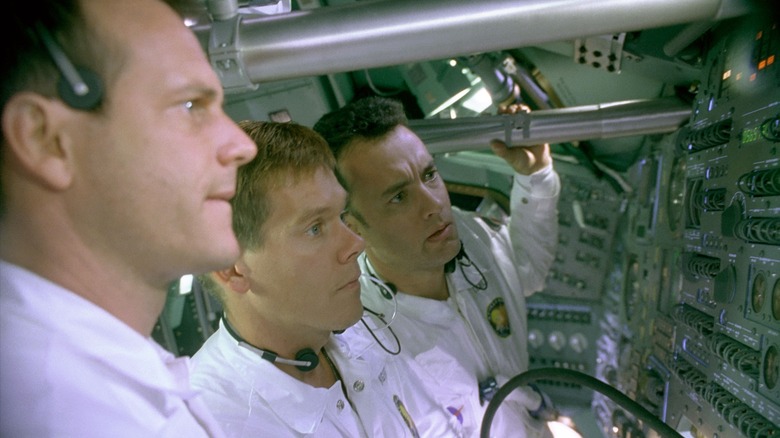 The entire zero gravity shoot almost wasn’t possible without the intervention of Jim Lovell, who Tom Hanks played in the film. Lovell was working with Howard in an advisor capacity. After NASA initially turned down his request for their help, Lovell stepped up for the film. Howard explained to Yahoo:

And finally Jim Lovell intervened on our behalf and said, ‘Why don’t you give these guys one test flight? And just see if they can do it?’ And we had to go get into these training and Air Force uniforms and go do it. It was an amazing experience and they let us do it.

It wasn’t just the zero gravity shots that were impressive. The film’s visual effects team also recreated launch footage of a rocket using miniatures and creative lighting that was so convincing that the second man on the moon was even fooled by it. Kelly Port, a visual effects artist who worked on the film in 1995, spoke to Variety about it:

“Buzz Aldrin had asked what NASA archive was used to get some of the launch footage of the Saturn V because he had never seen it before. We, of course, loved hearing something like that, since it meant we had achieved our goal of keeping it as realistic-looking as possible.”

The dedication to detail paid off for the filmmakers. “Apollo 13” became the third highest grossing film of 1995, and it earned several Oscar nominations, including Best Picture. Even though Ron Howard was bizarrely looked over for Best Director at the Academy Awards, he took home the Directors Guild of America Award for Outstanding Directing for a feature film for his work, an acknowledgement of his ingenuity from fellow filmmakers. We here at /Film consider it to be Howard’s best work. Short of filming from the whole thing from an actual rocket, it’s a stunning technical achievement, with an ambition to pull off the impossible that truly fits the story it told.

Read this next: Ranking Every Ron Howard Feature Film From Worst To Best