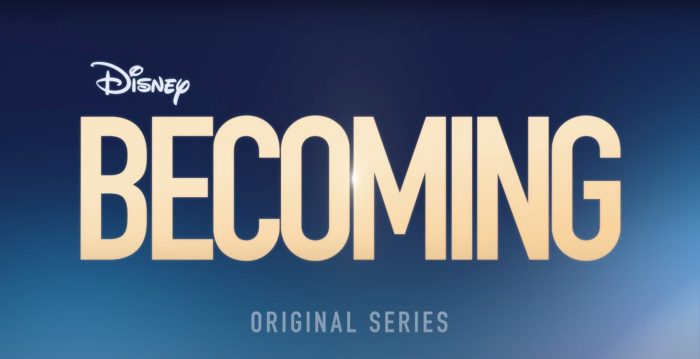 Celebrities need a voice too, I guess. And that’s what they’re getting with Becoming, a new Disney+ original docuseries that gives the spotlight to world-class athletes and B-list celebrities like Adam Devine, Anthony Davis, Ashley Tisdale, Caleb McLaughlin, Candace Parker, and Julianne Hough. Watch the Becoming trailer below.

A documentary-style series, each episode of Becoming “centers around a visit to the celebrity’s hometown, touring important locations central to their upbringing.  A supporting cast of family members, coaches, teachers, mentors and friends are interviewed, sharing rarely heard anecdotes and insights into the star’s ‘becoming’ story.” The trailer goes into the origins of these of each celebrities, as well as the struggles they’ve had to overcome — Devine got in an accident as a child and might’ve never walked again! Tisdale struggled with feeling different! Candace Parker broke her leg, I think? But they all were able to rise up and become the celebrities we know them as today.

“Stuff happens sometimes that you can’t control. When things that are bad happen, there’s good that can come of it,” Parker said in the trailer.

It’s the kind of vaguely inspiring but self-congratulatory programming that seems to be becoming the bread and butter of new streaming platforms in need of content. Apple TV+ launched the similarly glossy docuseries Dear… but managed to score way bigger celebrities, including Oprah Winfrey, Spike Lee, and Disney favorite Lin-Manuel Miranda. Perhaps Disney is hoping to appeal to a younger demographic with Becoming, especially with millennial stars like Ashley Tisdale and Adam Devine, and Stranger Things star Caleb McLaughlin, whose career — as I learned in this trailer — actually began on the stage in The Lion King Broadway show. But still, was Miranda busy that day?

All achievements, all earned riches, have their beginning in an idea.