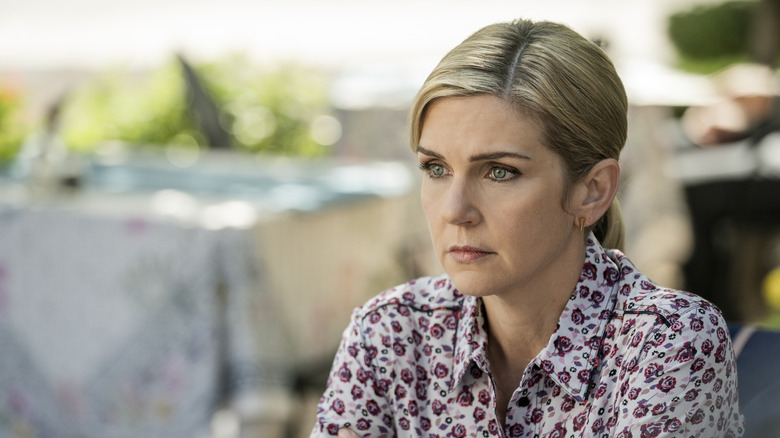 The latest “Better Call Saul” cold open reveals a couple out for a bike ride through a seemingly normal suburban neighborhood. But then things change — the couple enters their home and goes about their daily routine, while large men armed with large guns mingle about in the kitchen. At first, it almost seems like the couple can’t see these gun-toting guys; like they’re ghosts. And then they talk to one another. Eventually, the camera reveals a wall of TV monitors, all of them watching the front door of a house.

As it turns out, that house belongs to none other than Gus Fring. But it will take almost the entire episode to learn that the cold open didn’t show us an operation spying on Gus. Instead, it’s Gus’ operation — everyone works for him. It’s all part of Mike’s new security measures. After all, Lalo is still out there somewhere, and even though the late Nacho took the fall, it’s more than likely that Lalo still believes The Chicken Man is the one who tried to have him killed.

This brief glimpse into Gus’ operation shows that things continue to grow. He’s not quite the huge kingpin he was in “Breaking Bad,” but he’s damn close. And it’s only a matter of time before he comes out on top. Of course, anyone who has seen “Breaking Bad” can tell you Gus’ time at the top comes to an explosive end. But that’s a story for another day. And yet, this all also points to Gus becoming increasingly paranoid. Paranoia is a big part of this episode — someone always seems to be watching — or being watched. 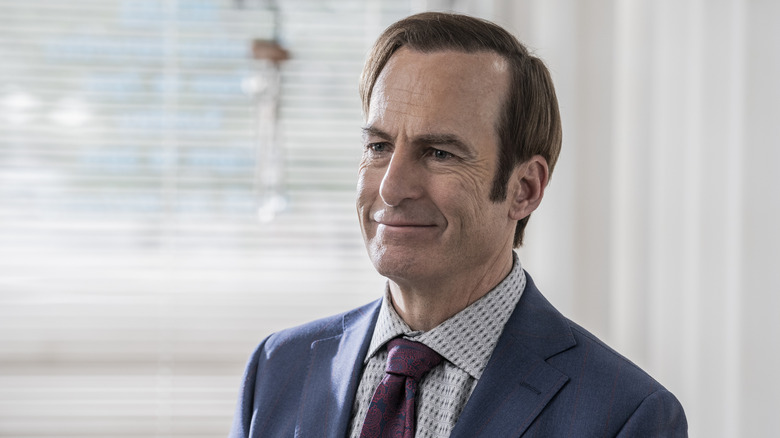 Kim and Jimmy are still out to get Howard, and their plan enters a whole new level this week. Jimmy goes into full Howard cosplay mode, dressing identically to the man, slathering himself with a fake tan, and even sporting a wig. Up close, it’s clearly Jimmy. But from a distance, it really does look like Howard. As for the real Howard, we watch him as he goes to therapy. As Howard talks about his troubles at home, it occurred to me that we really know very little about Howard. He’s a bit of a mystery.

While Howard shares his troubles with his therapist, Jimmy steals his car, picks up prostitute Wendy, and then hits the road. Elsewhere, Kim is meeting with Cliff Main. Jimmy and Kim have it all worked out so that while Kim and Cliff have lunch at an outside table, Jimmy — disguised as Howard — drives by and pushes Wendy out of the car. Cliff immediately spots Howard’s car and is understandably shocked. Now Cliff thinks that Howard is a coke addict and an abusive nut who tosses women out of his car. Not good news for Howard.

This is all darkly amusing, as is a moment when Jimmy tries to return Howard’s car to its original parking spot in the therapist’s lot — only to find someone else has taken it. Jimmy tried to prevent this by placing an orange cone in front of the parking spot, but someone moved it. This is shocking to Jimmy, who yells, “Who moves a cone?!” Later, he repeats the question to Kim at home, with the two of them laughing about how smoothly things are going.

But things don’t stay smooth. People at the courthouse have discovered Jimmy, aka Saul, got a known cartel member (Lalo) out of jail by scamming the court, and they’re disgusted with him. It looks like this could really hinder Jimmy/Saul’s career. And then, the calls start coming in. Soon, Saul has a bunch of new clients — all of them looking mighty suspicious. As it turns out, word has gotten around the criminal community that Saul is “Salamanca’s guy.” It’s a classification “Saul” happily accepts, even though that might not be the best idea. But with that move, Jimmy has taken one of his final steps toward really becoming Saul Goodman, Criminal Attorney, emphasis on the criminal.

Kim Watch! How Worried Should We Be About Kim Wexler This Week? 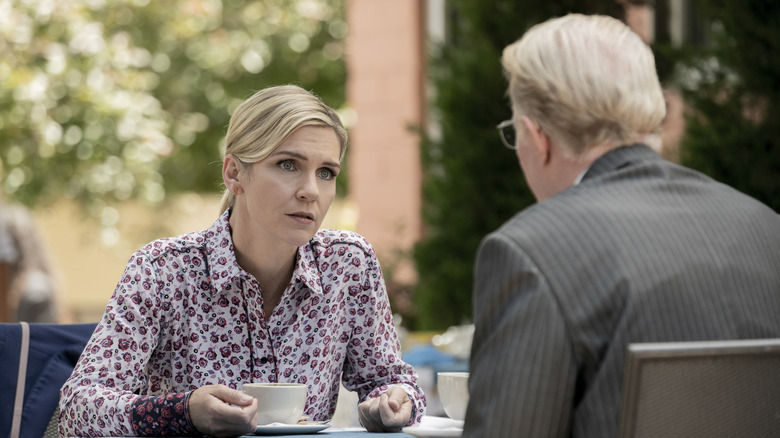 Rhea Seehorn actually directed this week’s episode, and she did a damn fine job, leaning into the show’s trademark style. As for Kim, though, she seems to finally be having second thoughts about the whole Howard thing. Or at least feeling guilty. Jimmy tries to make her feel better by stating she only feels that way because they got away with it. But still, Kim seems uneasy.

That uneasiness rises when she starts suspecting she’s being followed. As it turns out, she is. But not by the cops, as she initially suspects. No, as it turns out, the men who have been driving around following her all over town work for Mike, which means we finally get a scene where Kim and Mike get to share the screen. Mike, in his low-key style, calmly tells Kim that Lalo is still alive. Kim is understandably concerned. Mike adds that the reason she’s being followed is that there’s a chance Lalo might contact her. Jimmy, too, is being followed for this same reason, and when Kim asks why Mike isn’t telling him this, Mike replies: “Because I think you’re made of sterner stuff.”

Later, Kim doesn’t tell Jimmy about any of this while the two of them go to look at a strip-mall office spot that will soon become the new digs of Saul Goodman. Kim and Jimmy head off into the night to get dinner, but Kim can’t help but cast an uneasy glance over her shoulder as she goes. 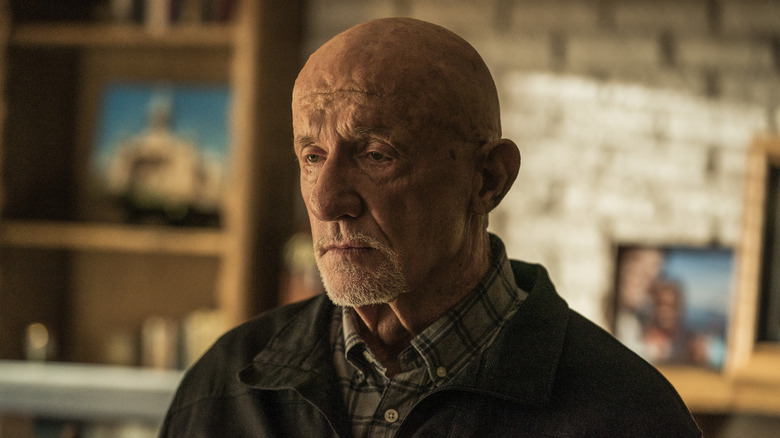