Black Adam has been with Dwayne Johnson for over a decade. In fact, there was a time when the wrestler turned actor had to decide between playing Shazam or Black Adam. It only seems appropriate that he chose the anti-hero, the one who delivers his own brand of justice. Now that Shazam! is in the hands of Zachary Levi and director David F. Sandberg, it’s time for Black Adam to finally rise to power, and the Black Adam DC FanDome panel gave us an exciting first look, including a glimpse at the Justice Society of America members who will be entering the fray with him.

Our story begins 5,000 years ago in the North African nation of Kahndaq, a country not dissimilar from Egypt. It’s a melting pot of wealth, cultures, power, and magic. But this was a place where many were born into chains, forced to work as slaves. Kahndaq needed a hero. But instead, they got Black Adam. 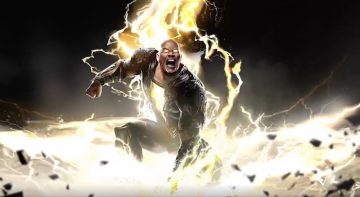 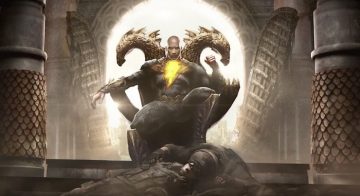 Though Black Adam used his power to protect his family and free the slaves, he let his power corrupt him. When Black Adam became too powerful, he was imprisoned by the wizard who originally granted him these superpowers, Shazam. 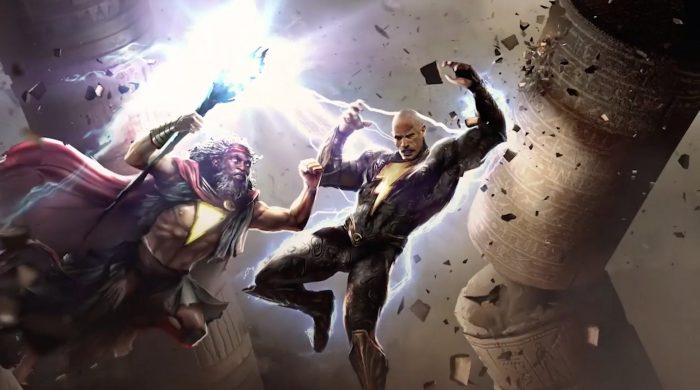 Somehow, 5,000 years later, Black Adam finds himself free of the prison that Shazam put him in and he is determined to make sure no one stops him ever again. 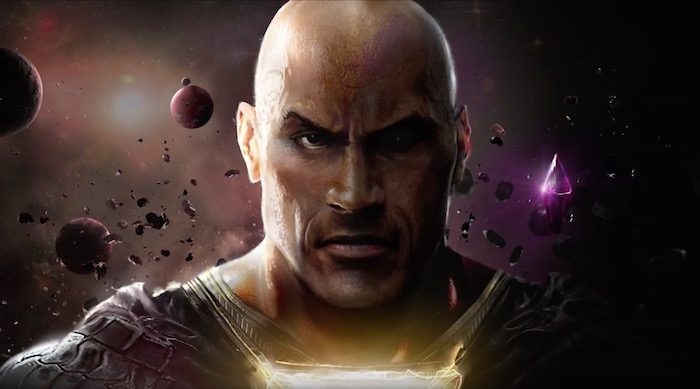 DC Comics artist Jim Lee and artist Boss Logic teamed up to create the images introducing us to Black Adam. As Johnson noted, this characer “one of the most powerful superheroes, anti-heroes, villains, or whatever you want to call him.” While superheroes tend to show some restraint when dealing with those who oppose them, Black Adam doesn’t know the meaning of the word. He’s explosive and dangerous, but that’s what makes him likable in the eyes of Dwayne Johnson.

While answering fan questions about Black Adam, Johnson said, “One of the things I always loved and admired is that he’s an anti-hero. I love that the lie is a little blurred. He has his own sense of Black Adam justice.”

But there’s something about Black Adam’s origins as a slave that resonates with Johnson as well. He added, “He’s felt the burdens and the pressures of a larger entity holding him down, until he can’t take it anymore. When you come from that place, it’s just a different energy and vibe, a different mana. That informs how he operates, sees justice and delivers justice.”

When it comes to which version of Black Adam we’ll see on the big screen, Johnson wasn’t quite as forthcoming. Instead, he tapdanced a bit by saying, “What I can promise you is that this is the right one to root our story in, this origin story. It will possess all the qualities we have loved.”

Introducing the Justice Society of America

Black Adam won’t be the only superhero making his big screen debut in this movie either. The Justice Society of America is coming to the big screen, and here’s a look at the first pieces of concept art featuring the other superpowered characters. 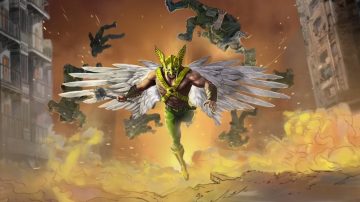 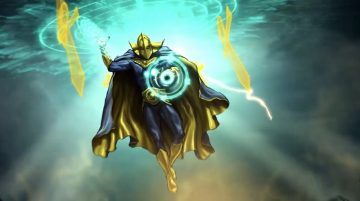 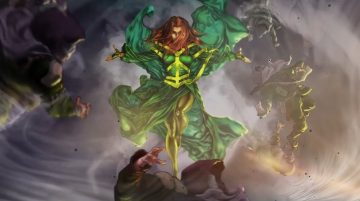 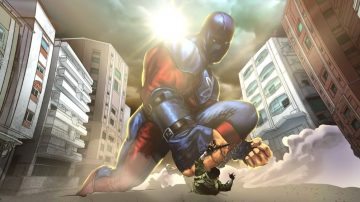 Dwayne Johnson also made sure to tease the possibility of meeting up with Superman at some point. Though he said it’s possible that they could be friends, he pointedly and ominously added, “Or they won’t be. We’ll see.”

To wrap things up, Johnson wanted a message to be sent to Shazam, the Flash, Aquaman, Wonder Woman, Batman, and Superman. He said, “The hierarchy of power in the DC Universe is about to change.” Oh, shit!