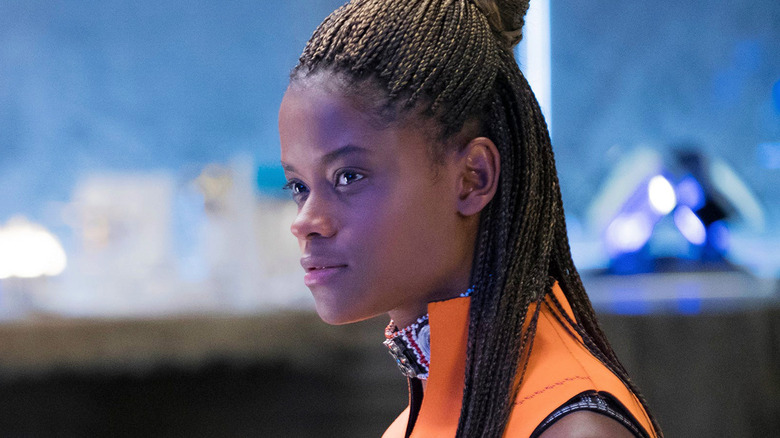 “Black Panther: Wakanda Forever” hit a road bump when Letitia Wright (who plays T’Challa’s tech-whiz younger sister Shuri in the MCU) suffered an injury while filming a stunt in August 2021. Still, everything seemed to be business as usual after that, with Wright said to be on her way to recovering. Three months later, however, it came to light that her injuries were far more severe that initially reported, with Wright having suffered what Marvel Studios president Kevin Feige, co-president and producer Louis D’Esposito, and producer Nate Moore described in a joint statement as “a critical shoulder fracture, and a concussion with severe side effects.”

All-but-confirming that Shuri will play an expanded role in the “Black Panther” sequel after Chadwick Boseman tragically died in 2020, and Marvel elected not to recast him as T’Challa in the MCU’s main timeline, production on “Wakanda Forever” went on hiatus in mid-November last year to give Wright the time she needed to heal (with director Ryan Coogler having filmed as much as he could without Wright on-set). One of her spokespeople has now confirmed to the BBC that Wright has recovered and gotten back to work, stating, “Filming [on ‘Wakanda Forever’] resumed this month as planned, and we’re on schedule.”

All’s Not Well In Wakanda 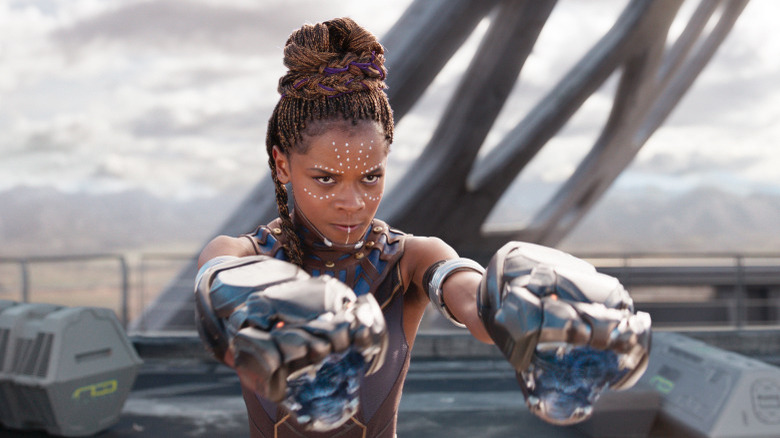 Wright has became a figure of controversy after she tweeted out a video featuring anti-vaccine and anti-transgender commentary in December 2020 and reportedly continued to express anti-vax sentiment during filming on “Black Panther: Wakanda Forever” (via THR). Her refusal to be vaccinated threatened to create further issues after she left the U.S. (where “Wakanda Forever” is shooting) to recuperate at her home in London during the production hiatus. Due to a rule the CDC implemented on November 8 last year, requiring that non-immigrant, non-U.S. citizens flying into the country be vaccinated and give proof of their status, the concern was that this would prevent Wright from returning to the States as planned. For one reason or another, though, that doesn’t seem to be the case.

This isn’t the first time “Wakanda Forever” has found itself at the center of a political firestorm, either. When Georgia signed its new voting restrictions into law on March 31, 2021, several Atlanta-based companies spoke out in protest. Director Antoine Fuqua and star Will Smith even moved their production of the slavery drama “Emancipation” out of the state in response, putting pressure on others to follow suit. In the end, though, Coogler announced that he would film the “Black Panther” sequel in Atlanta as planned, explaining that while he was “profoundly disappointed” by the new voting laws, he had been informed by Georgia-based voting rights activists that moving the production would only really hurt “the very same people who will bear the brunt of SB202.”

Despite all this, and to mention nothing of losing Boseman in pre-production, “Black Panther: Wakanda Forever” continues to move forward and looks to make its current theatrical release date on November 11, 2022.