Production is currently underway on the next big action movie from John Wick and Atomic Blonde filmmaker David Leitch. The movie is called Bullet Train, and it features the simple yet promising premise of a group of deadly assassins who all end up on the same train. Since Murder on the Orient Express was already taken, we get the punny title referencing both a high speed train and the ammunition that will undoubtedly be splattering blood on that very train. In fact, you can see some of that blood being spilled in one of several Bullet Train first look photos revealed by David Leitch himself.

David Leitch has been taking to Instagram over the past few months with teases of Bullet Train. Here’s the latest: 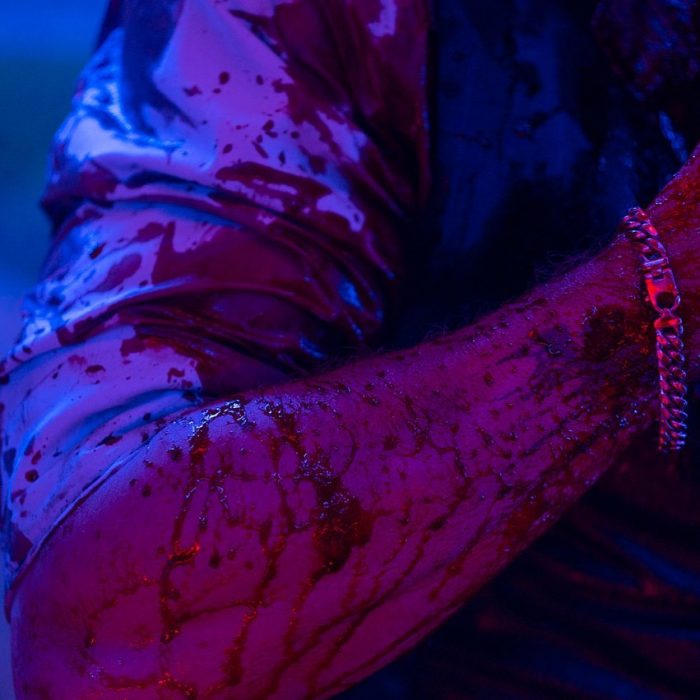 We’ve got a muscular man in what appears to be a nice dress shirt and vest combination, but it has been completely ruined by a worrisome amount of blood. Even the chain bracelet on his wrist looks to have gotten some of the splatter on it. But who is this?

We can also probably rule out Masi Oka and Brian Tyree Henry, because the latter isn’t white and the former isn’t in that kind of shape. Hiroyuki Sanada doesn’t seem likely either because he’s a bit older, and this physique looks on the younger side.

The best guess would be that this is either Brad Pitt or Aaron Taylor-Johnson. Personally, I’m leaning towards the latter, because the actor really got himself into shape for movies like Kick-Ass, Avengers: Age of Ultron, and Godzilla. Even though Pitt is also in incredible shape right now, as evidenced by his famous shirtless scene in Once Upon a Time in Hollywood, I don’t think he’s quite as muscular as this picture would seem to indicate. Logan Lerman could be a possibility, but he seems far less likely.

Anyway, David Leitch also posted these two photos, the left from earlier this month and the right from December: 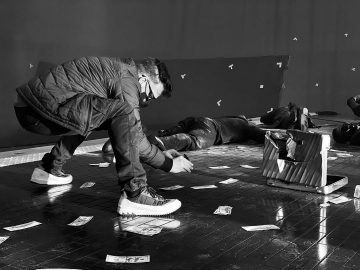 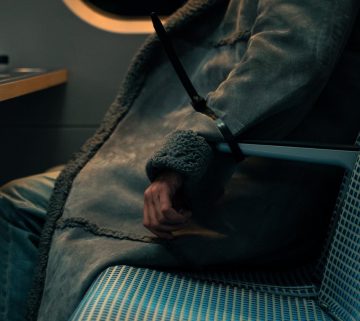 One photo reveals that a briefcase has been blasted open, money has flown around the set, and bodies have been dropped. The other shows an unknown figure in a very cozy coat, but he’s probably not super comfortable since he’s been strapped to one of the passenger seats on the train.

Without any plot details beyond the basic premise, we’re left to wonder exactly why this train has become such lethal transportation. But with David Leitch at the helm, we can’t wait to see the kind of action he brings to the big screen. Bullet Train doesn’t have a release date yet, but as soon as Sony Pictures announces one, we’ll let you know.

How Reality Turned John Carpenter’s ‘Escape from L.A.’ into a Horror Movie