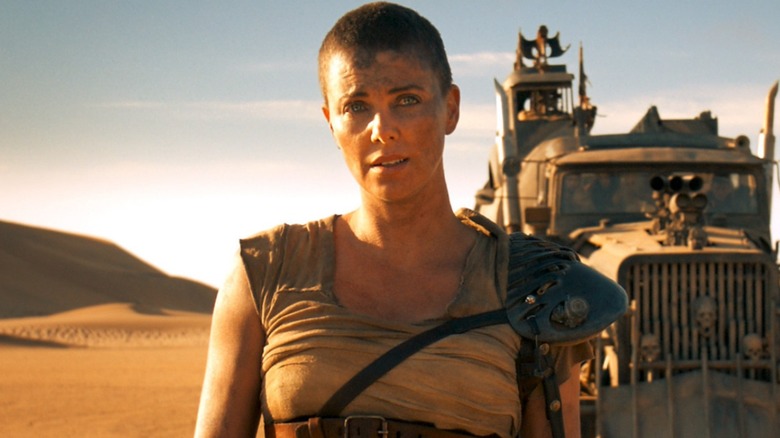 Note: This article contains spoilers for “Doctor Strange in the Multiverse of Madness.”

“Doctor Strange in the Multiverse of Madness” is a Marvel movie that doesn’t exactly feel like a Marvel movie. Sure, it has all the connective tissue that Marvel Cinematic Universe films are duty-bound to have, but horror filmmaker Sam Raimi delights in derailing viewer expectations for pretty much its entire runtime. So when the wild ride of a movie ended with a decidedly expected mid-credits scene, the return to standard Marvel format was a little disappointing. But we really can’t complain too much, because the result of that tonally dissonant epilogue is a fantastic actress, Charlize Theron, joining the MCU.

The actress will play Clea, a character who in comic books appears as Strange’s (Benedict Cumberbatch) magical pupil, love interest, and another world’s Sorceress Supreme. Theron confirmed the casting herself by sharing a close-up image of herself in character to Twitter, along with the simple caption “Meet Clea.” Now, Theron has shared an inside look at what appear to be makeup and costume screen tests for the hero. The clip posted to her Twitter account is brief, but it offers a closer look at the newest member of the MCU than the just-as-brief mid-credits scene.

A Costume Fit For A Sorceress Supreme

Two immediate observations come to mind when looking at Clea’s costume from all angles. For one, her makeup is incredibly striking. She wears bright purple eyeshadow above and below her eyes that points out in a look that’s confident and just a little edgy. Two, her outfit appears almost armor-like, more akin to the intricate chestpieces worn by the Eternals than anything in Doctor Strange’s wardrobe. The overall effect is that Clea looks as much like a warrior as a magician, strong and battle-ready.

She does have one costume element that screams future Sorceress Supreme, though: her cape. In a shot that reveals the costume from behind, we see the Clea’s royal purple cape is affixed to rigid, shell-like shoulder pieces with gold circular clasps. The cape is actually several shades of purple, and is decorated with a pattern of thin, white circles of all sizes. As the MCU continues to spotlight what Sam Wilson (Anthony Mackie) calls “The Big Three” — androids, aliens, and wizards –- Clea’s costume integrates bits of design that feel like a culmination of all the franchise’s sci-fi and fantasy elements to date.

Personally, I’m not as into the gaudier era of costuming that Marvel seems to be entering, but this behind-the-scenes footage definitely shows the level of detail that went into Clea’s look. We don’t yet know where or when Theron will make her in-film Marvel debut, but we know when she does, she’ll be dressed for the job.

“Doctor Strange in the Multiverse of Madness” is in theaters now.