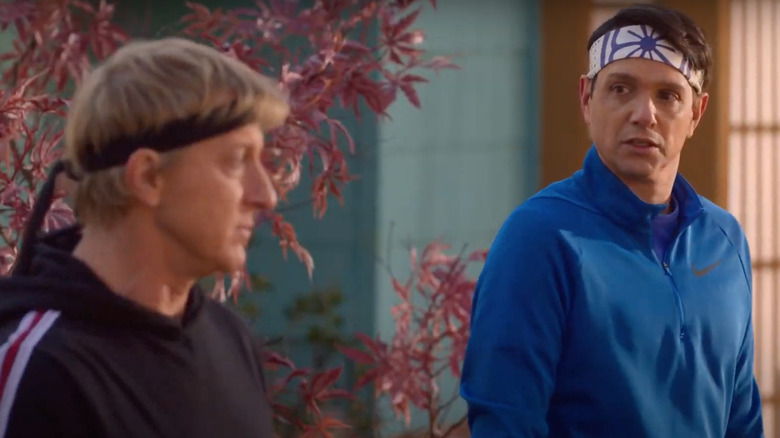 Whether you were introduced to the “Karate Kid” franchise through the nostalgia of “Cobra Kai” or the original films, you’re likely as hooked on the series as Johnny is on Coors Banquet Beer. In the fourth season of the Netflix series, we’re going to see elements from “The Karate Kid Part III.” Oof, you may be saying. That film didn’t exactly win the tournament, so to speak.

Ralph Macchio sat down for an interview with Empire magazine, talking about bringing in the best parts of the third movie for “Cobra Kai” season 4, and that might be a tall order. The film currently stands at 13% on Rotten Tomatoes. It wasn’t just critics who panned the film. The audience score is at 34%. Even die hard “Karate Kid” fans like me have a really rough time rewatching that one. I’ve sort of pretended that it didn’t exist. My love for “Cobra Kai” means I’m going to have to rethink my stance and try to find the good. Help me, Mr. Miyagi!

“Not The Only Ones Teaming Up”

The third film from 1989 pulled in just under $39 million worldwide. To contrast that, the second film made $115 million and the first made $91 million. However, it did introduce us to the character of Terry Silver (Thomas Ian Griffith) a Vietnam veteran who served with John Kreese (Martin Kove). We’ve seen him before in “Cobra Kai” as a young man played by Nick Marini in flashbacks. The evil toxic waste disposal-owning Terry Silver is coming back to reteam with Kreese in season 4, and it’s pretty certain that nothing wholesome is going to come to the San Fernando Valley because of it.

In the interview, Macchio says that he wants to take the good things from the film and make them part of the story. One of those things is Terry Silver. Macchio had this to say:

“There’s another angle to Terry Silver, and when you call upon those stories and dive into the grey areas, it expands the universe and the story. It’s this chance to take something that didn’t work, and try to make fruit out of it. Can it bear fruit? It has. Season four is next level.”

Who Will Team Up This Time Around? 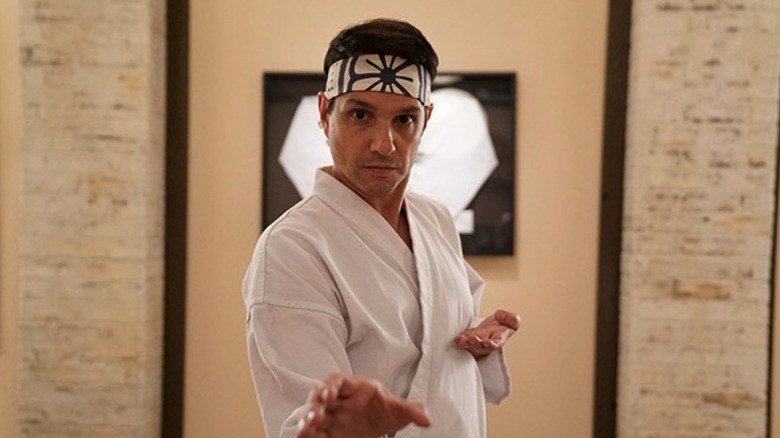 So, will “Cobra Kai” season 4 be “next level?” All we know officially is what Netflix says of the series:

“On December 31, the battle for the soul of the Valley reawakens. New alliances. Higher than ever stakes. Who will take it all at the All Valley Tournament?”

If you’re in a betting mood, I’d say we’re going to see a team up between Johnny (William Zabka) and Daniel (Macchio) fall apart. I want to believe in Johnny. I do! It’s just that all those beers and his rather reckless nature combined with Daniel’s buttoned-up, holier-than-thou attitude aren’t going to combine well. The bad guys always seem to make better (or just more advantageous) alliances. Throwing Terry Silver into the mix is going to cause Valley hospitals to work overtime, “grey areas” or not. He did found Cobra Kai with Kreese all those years ago. He’s probably not going to be happy with what he finds when he gets back.