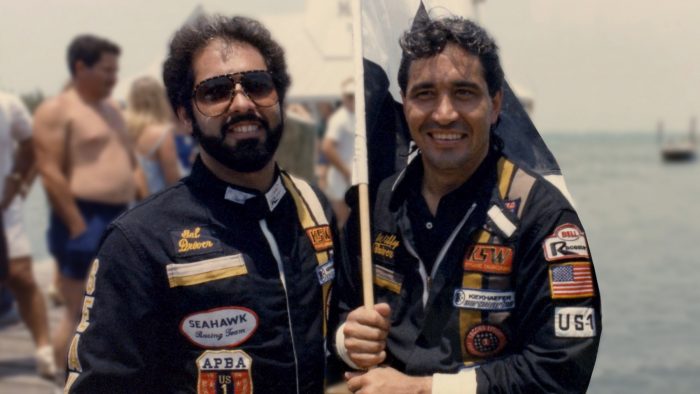 Netflix is going all in on docuseries, with new titles seemingly springing up every week. In their defense, true crime is only getting more popular, made all the more thrilling by its inclusion of real footage and the excitement that comes with tracking a lengthy chase. So what better story for the latest series than that of the Cocaine Cowboys Augusto “Willy” Falcon and Salvador “Sal” Magluta?

Check out the trailer for Cocaine Cowboys: The Kings of Miami below.

Willy Falcon and Sal Magluta were two of America’s richest and most notorious drug dealers. They were considered superstars of the drug trafficking world, and their names remain memorable to this day.

If you’re not already familiar with the story, the pair allegedly smuggled over 75 tons of cocaine into the US starting in 1978. Their dirty work helped transform Miami into the “Drug Capital of the World.” They served as middle-men for cartels like Pablo Escobar’s Medellin to funnel drugs into the U.S. and sell them across the American black market. They famously transported drugs via speed boats, from South America to Florida and found themselves on the federal radar.

Their work started a seemingly endless cat and mouse game with the police, but their connections and cash made it quite manageable. They were able to pay off judges, officers, and higher authorities. For years, they were essentially untouchable but as the talking heads emphasize, it all had to come crashing down eventually.

The Boys Are Back

Willy and Sal earned many nicknames in their tenure, including the titular Cocaine Cowboys, (sometimes just “The Boys”) and were also called “Los Muchachos.” The latter was a fond street name for the brothers, given to them by their surrounding community. They actually had a thriving fanbase of sorts, with locals appreciating their Robin Hood-esque approach to wealth — they shared over $2 billion dollars with the less fortunate. The trailer so well emphasizes their celebrity status, you can almost forget the sort of devastation that comes from a drug enterprise.

The Kings of Miami allows director Billy Corben to do a further deep dive on a subject he’s already spent plenty of time delving into. His 2006 documentary Cocaine Cowboys provided a broader look at the rise of cocaine and the Miami drug war, and its sequel Cocaine Cowboys 2 hyper-focused on small-time coke dealer Charles Cosby and his involvement with drug lord Griselda Blanco. Now exploring the story of this pair of drug traffickers, The Kings of Miami will explore the tension between being hometown heroes but wanted criminals to the rest of the world.

Cocaine Cowboys: The Kings of Miami will be released as six 45 minutes episodes, coming to Netflix on August 4.

Here’s the official synopsis for the show.

Fifteen years after the release of his original cult classic film comes director Billy Corben’s Cocaine Cowboys: The Kings of Miami – a six-part saga on the South Florida traffickers indicted in one of the largest drug cases in U.S. history. Alleged to be the chief U.S. distributors for two of Colombia’s biggest cartels, Cuban exiles Augusto “Willy” Falcon and Salvador “Sal” Magluta were accused of smuggling over 75 tons of cocaine into the U.S. in the 1980s. The high school friends built a reputed $2 billion empire that made Willy and Sal, aka “Los Muchachos,” two of Miami’s biggest celebrities. While law enforcement plotted their takedown, the world champion powerboat racers managed to skillfully outrun and outmaneuver prosecution for decades before the chase finally came to an end.

The post ‘Cocaine Cowboys: The Kings of Miami’ Trailer Promises A Thrilling Cat and Mouse Chase appeared first on /Film.