Ghostbusters Day happened earlier this week, and for the most part, it came and went without much excitement. For some reason, the Ghostbusters: Afterlife featurette that recently debuted arrived the day after the annual celebration, and fans hoping for a new trailer were extremely disappointed. Thankfully, we have some new Ghostbusters action figures that were revealed to hold us over for now. 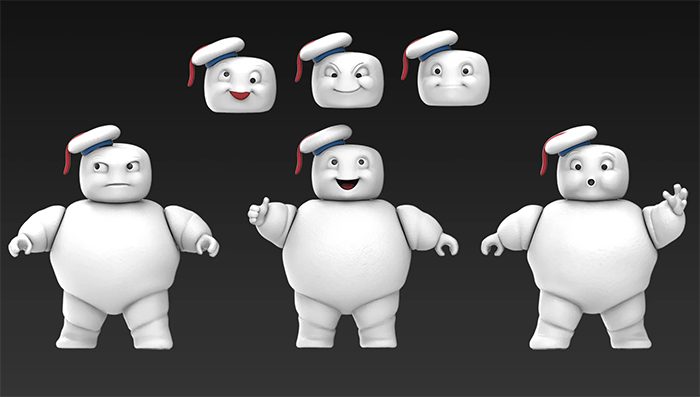 Hasbro announced the forthcoming arrival of a batch of Mini-Pufts, the tiny versions of the Stay Puft Marshmallow Man that debuted in a clip from Ghostbusters: Afterlife not too long ago. These aren’t the tiny mystery container Mini-Pufts either. These are from the Ghostbusters Plasma Series from Hasbro.

However, the Ghostbusters Mini-Pufts action figures are not scaled to the rest of the 6-inch action figures in the line. Instead, they’re movie scale, which means they’re the same size as they appear in the movie. There are three figures in a pack, and they come with interchangeable heads with a variety of funny facial expressions to make the ultimate marshmallow man mess.

You can pre-order the Mini-Pufts at Hasbro Pulse for $26.99 right now, but they won’t ship until February 2022. 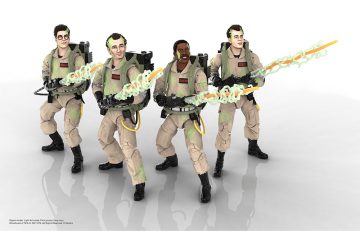 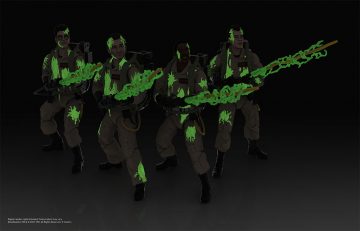 If you’re still not sure about Ghostbusters: Afterlife yet, then you can still pick up a set of Ghostbusters figures inspired by the original movie. Hasbro is releasing new versions of Venkman, Ray, Egon, and Winston, and they’ve all be slimed. Not only does the slime on the figures glow-in-the-dark, but so does the proton stream attached to their neutrino wand.

Honestly, I’m a little frustrated by these figures. First of all, Venkman is the only character to get slimed in the movie, thus making the other three figures pointless. But the initial wave of Ghostbusters Plasma series figures didn’t give each of the Ghostbsuters a proton stream. Winston was the only one who came with that accessory, so if you wanted one for all four, you need to buy four Winston Zeddemore figures. Maybe that’s Hasbro’s way of making up for Ernie Hudson getting shafted in so many other merchandise lines and marketing campaigns.

Each of the glowing slimed Ghostbusters action figures costs $26.99 at Hasbro Pulse.

It’s Official: Harrison Ford Is Back In The Studio As Indiana Jones 5 Confirms Filming Plan